Perfectly plump ground pork dumplings, a shrimp tempura roll with spicy mayo on top, or Korean fried chicken might be what many people think of when they consider having Chinese, Japanese, or Korean food for dinner. But the traditional cuisines of these East Asian countries are actually chock full of healthy, robust ingredients, and go way beyond these popular dishes.

“The narrative that Asian cuisine is unhealthy is simply untrue. What many consider as ‘unhealthy’ Asian food is often a product of cultural assimilation—the fact that Asians needed to assimilate to American culture in order to make Asian food more appealing to white people,” says Laura Iu, R.D., registered dietitian and certified intuitive eating counselor in New York City. And, that’s just the East side of the continent.

The cuisines of Southeast Asia (such as Thai, Vietnamese, and Indonesian, just to name a few), South Asia (think: Indian or Pakistani), and the Pacific Islands (like Hawaiian) have their own set of traditional unique and nutritious ingredients. “Learning about foods from different Asian cuisine is a way to build new connections to different cultures by honoring the origins and enjoying a healthy and delicious variety of foods that improve your health by diversifying your gut microbes,” says Sherene Chou, M.S., R.D., a California-based culinary dietitian focused on sustainable food, nutrition, and social justice.

Whether you’re looking to amp up your weeknight dinner routine or are simply trying to find new ways to prepare your favorite ingredients, here are some popular traditional East Asian foods that will benefit your health and wow your palate.

Your favorite sushi starter stars a gut-friendly ingredient. “Miso is a fermented condiment made from soybeans and contains probiotics that support good gut health,” says Iu.

It’s also rich in choline and B vitamins, which both support cognitive function, and vitamin K, which aids in blood clotting. Try thinking beyond soup: Miso is great as a marinade base for meat or fish, or whisked into a dressing to drizzle over veggies.

You know that tofu is a plant-based protein featured in plenty of East Asian recipes, but seitan is another meat alternative with roots in China and Japan, says Chou.

“Seitan is made from wheat gluten, a plant-based protein, and was developed by Buddhist monks in China and Japan,” Chou explains. “It has a wonderful meaty texture and is high in protein and iron.” Seitan is super versatile, so treat it as you would any other meat or plant-based alternative.

This leafy green is technically a type of Chinese cabbage, mild in flavor with a tender yet crunchy center and vibrant, slightly bitter leaves. And besides being tasty, it’s also brimming with vitamins C and E and beta-carotene (all inflammation fighters), as well as fiber, which supports good digestion and keeps you full, says Iu.

“A healthy and delicious way to prepare bok choy is to sauté it in a pan with garlic and ginger until just wilted. Drizzle with sesame oil and soy sauce,” Iu suggests.

Speaking of sesame oil, this flavor enhancer is hiding some powerful nutrients, too. It’s filled with heart-healthy monounsaturated and polyunsaturated fats, antioxidants that help fight damaging free radicals in the body, and an amino acid called tyrosine, which boosts levels of the mood-lifting hormone serotonin.

“Toasted sesame oil has a low smoke point, so it’s better to cook with a different oil and add this at the end or mixed into a sauce,” Iu recommends. “And don’t forget: A little goes a long way when it comes to flavor and aroma.”

“Seaweed is not only sustainable, it’s packed with nutrients,” says Chou. It contains iodine, which supports thyroid function, as well as iron, which is critical to healthy oxygenated blood. It also contains protein and antioxidants, according to Chou.

“Aside from using it to make sushi or a seaweed salad, try nori furikake (a seaweed rice seasoning) as a great addition to rice dishes or sprinkled over avocado toast and popcorn,” Chou adds.

“White rice is a staple in Asian cultures, but it’s sadly become a food demonized by diet culture,” says Iu. While it’s true that white rice is lower in fiber and thus digested more quickly than whole grains like brown rice, it can “absolutely be part of a healthy diet,” Iu says.

For example, its lower fiber content means it might actually be easier for people with digestive conditions like irritable bowel syndrome to digest, and if you have prediabetes or diabetes, pair it with a protein and fat to slow digestion and lessen blood sugar spikes, Iu explains. And white rice does contain nutrients—it’s fortified and often contains folate and magnesium, which both aid in energy production.

Scallions are used as a garnish in countless cuisines, but this aromatic is super good for you and used in much larger quantities to become the star of many East Asian dishes.

It’s high in vitamin K and quercetin, an antioxidant that targets inflammation. “You can add the white and green portion to just about any dish, and you can stir-fry, braise, grill, or marinate,” says Iu. “A favorite way I like to use them is to chop and mix into homemade fried rice.”

It’s encouraging that this traditional Korean accoutrement is gaining popularity—traditionally made from cabbage, it’s fermented, so it contains probiotics that support a healthy gut bug balance, says Chou. It’s good all on its own as a snack, or you can try adding it to stews, stir-fries, sandwiches, or eggs.

A type of Japanese radish that’s whiter and longer than the red radishes you’re probably familiar with, daikon is used in cooked East Asian dishes, as well as pickled. It has a high water content and is a good source of fiber and vitamin C.

Made from buckwheat flour, Japanese soba noodles are high in protein and also contain fiber. They’re super versatile—you can eat them chilled, stir-fried, or added to soup.

This content is created and maintained by a third party, and imported onto this page to help users provide their email addresses. You may be able to find more information about this and similar content at piano.io

Fri Jul 16 , 2021
As Americans head back to Europe in 2021 or 2022, many are looking for tours or customized packages that allow them to taste the best of European destinations, participate in hands-on cooking classes, or delve into a country’s culinary heritage. Yet, many travelers may not desire a journey that’s totally […] 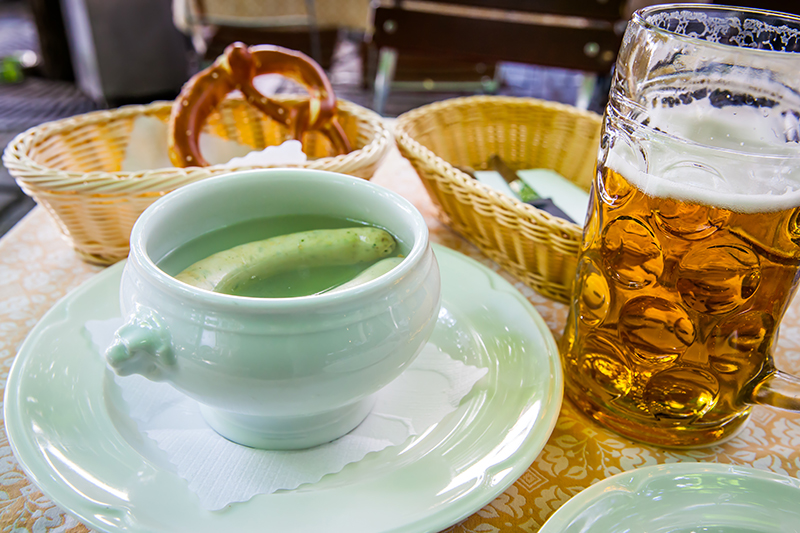