Around the corner from the heart of Glenwood South, a national food truck chain will stake its first claim in North Carolina.

The Houston-based food truck fleet Abu Omar Halal will open in Raleigh next month, signing a lease at 709 W. Peace Street, half a block from Raleigh’s busiest nightlife district. The truck will open for the first time Saturday, June 5.

Abu Omar specializes in Mediterranean and Middle Eastern dishes, including shwarma, kebabs and falafel and caters to a lunch and late night crowd, owner Muhammad Altawaha said. The truck will serve seven days a week from 11 a.m. to at least midnight.

“We pair best with any nightlife areas,” Altawaha said. “Universities, the busiest areas in cities.”

Altawaha moved from Jordan to the Houston area in 2008 for grad school and also started managing restaurants. He said he pursued a master’s in five different majors, but never finished, gravitating instead to the kitchen.

When he first launched a food truck it was called “Abu Omar Taco” and served halal tacos.

“The first food truck started as a joke,” Altawaha said. “I wanted to try something new, but Houston wasn’t really ready for food trucks at the time.”

He went back into restaurants for years and then relaunched Abu Omar Halal in 2015. That’s when it took off, landing in the middle of a national love affair with food trucks.

Altawaha said his most popular sellers are his versions of beef and chicken shwarma, a wrap of grilled meat, with pickles, garlic sauce and fries. At the outset, Omar said he couldn’t find satisfactory flatbread, so he used what was close by in Houston — flour tortillas.

“A Mexican tortilla is 80% like the real thing,” Altawaha said.

There are seven brick and mortar Abu Omar locations and more than 60 food trucks, spread from Los Angeles to Oklahoma City, Baton Rouge and Tampa Bay. Most are situated in the largest cities in Texas, including Houston, San Antonio, Dallas and Austin.

Altawaha is considering franchising the company, but for now owns all of the locations, signing up managing partners to run specific trucks or restaurants. The manager of the Raleigh truck, Omar said, grew up in Charlotte and ran a location in Dallas. In venturing into North Carolina, the choice came down to Raleigh or Charlotte.

“He said Raleigh is nicer than Charlotte, so we went to Raleigh,” Altawaha said. “We’ll start with the food truck and see if we can build from there.”

Abu Omar is the latest national chain to move into the Triangle, carrying on a pre-pandemic trend that is picking up steam. Recently, Texas-based Torchy’s opened its first North Carolina location in Raleigh, joining fast casual chains like Zambrero and the upcoming Dave’s Hot Chicken.

Drew Jackson writes about restaurants and dining for The News & Observer and The Herald-Sun, covering the food scene in the Triangle and North Carolina.

Tue Jun 1 , 2021
WASHINGTON — President Biden on Monday had his first known sit-down visit to a DC restaurant since becoming president — joined by Vice President Kamala Harris and their spouses after a Memorial Day event at Arlington National Cemetery. The unscheduled stop caught diners off guard at the popular French restaurant […] 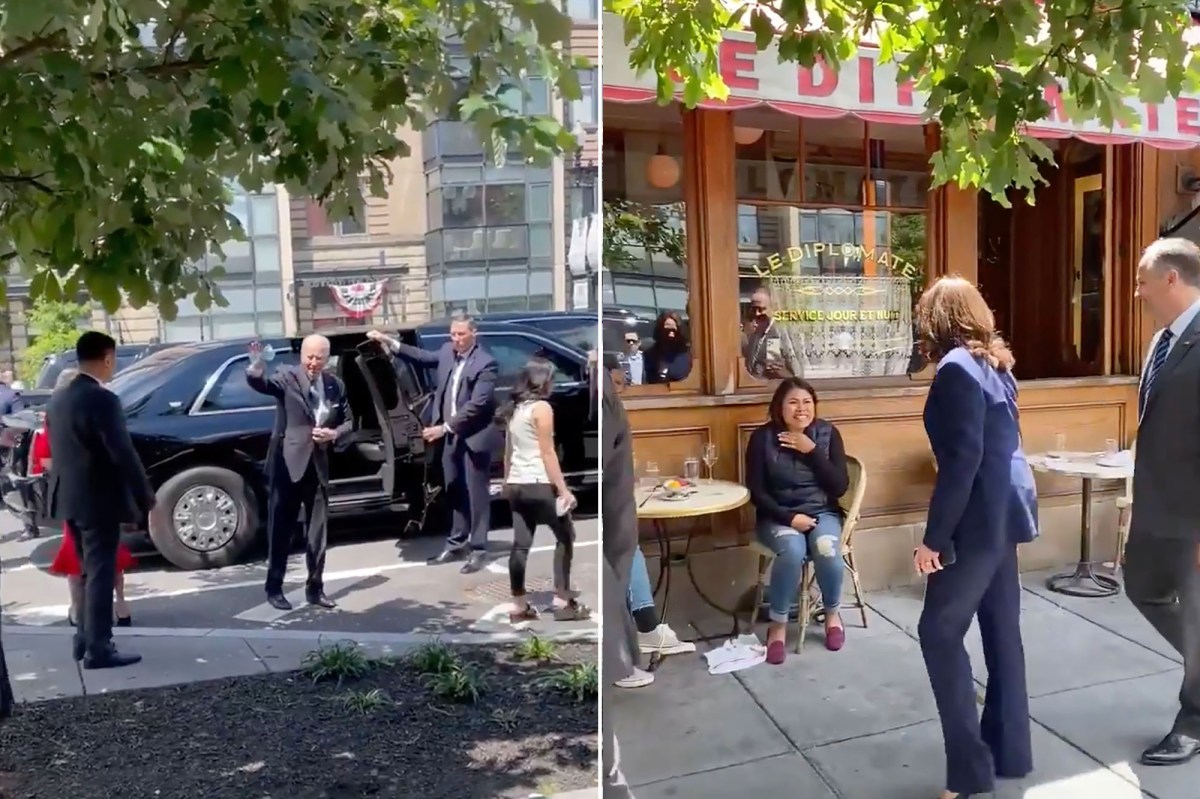