Support the independent voice of Phoenix and help keep the future of New Times free.

It’s Friday. And as usual, we have five big bites of Phoenix-area food news to wrap up your week.

The Arizona Renaissance Festival may not be happening this year, but at least we have Medieval Times Dinner & Tournament. The themed chain restaurant and showroom is hiring for more than 35 positions at its location at 9051 East Via de Ventura in Scottsdale. Open positions include bartenders, servers, kitchen staff, guest services, and more. Apply online here.

It’s already barbecue and pool season. We know because slow-smoked meats from Trapp Haus BBQ will be served poolside at FOUND:RE Phoenix Hotel (1100 North Central Avenue) this Sunday. Pitmaster Phil “The Grill” Johnson will be on-site, along with DJed music and cocktails from Match Market & Bar. The pool party goes from 11 a.m. to 5 p.m. on April 18. Admission is free. All you have to do is register here.

Ramadan started this week (Monday, April 12) and runs till Wednesday, May 12. On that day, called Eid-al-Fitr or the Festival of the Breaking of the Fast, holiday treats include dates, honey, bread, figs, fruits, and olives. One place that has it all is Sphinx Date Co. at 3039 North Scottsdale Road in Scottsdale. The little market offers dates in bulk as well as special packages for gift giving during the holiday.

The first location of I Heart Mac & Cheese — a nationwide chain of gourmet macaroni and cheese restaurants — has opened in Arizona. The concept lets you build your own mac and cheese bowl and/or grilled cheese sandwich, though signature items, like the baked buffalo chicken, are also on the menu. The eatery opened Thursday at 1342 West Warner Road, #108B, in Tempe, with proceeds from opening day going to Tempe Community Action Agency to benefit older adults. I Heart Mac & Cheese also offers vegan bowls and sandwiches.

Some annual gatherings are slowly coming back, but if you want to start small (i.e., just shy of a full-fledged food festival), try the official Arizona Tiki Oasis kickoff party at Hula’s Old Town (7213 East First Avenue in Scottsdale). Happening during Tiki Time Happy Hour from 3:30 to 6 p.m. on Thursday, April 22, the event is the first in a series celebrating the 2021 Arizona Tiki Oasis held at the Hotel Valley Ho from April 22 to 25.

Keep Phoenix New Times Free… Since we started Phoenix New Times, it has been defined as the free, independent voice of Phoenix, and we would like to keep it that way. Offering our readers free access to incisive coverage of local news, food and culture. Producing stories on everything from political scandals to the hottest new bands, with gutsy reporting, stylish writing, and staffers who’ve won everything from the Society of Professional Journalists’ Sigma Delta Chi feature-writing award to the Casey Medal for Meritorious Journalism. But with local journalism’s existence under siege and advertising revenue setbacks having a larger impact, it is important now more than ever for us to rally support behind funding our local journalism. You can help by participating in our “I Support” membership program, allowing us to keep covering Phoenix with no paywalls.

Lauren Cusimano is Phoenix New Times‘ food and drink editor. She is a journalist and food waste writer based in Tempe. Joys include eating wings, riding bikes, knowing everyone at the bar, talking too much about The Simpsons, and falling asleep while reading.

Tue Apr 20 , 2021
What makes The Yellow Turtle stand out in a crowd of mushrooming diners is its twin avatars in the same premises. You can hang out in the street-style café with your friends over an English breakfast or an evening cuppa or you can take your family for a sumptuous Asian […] 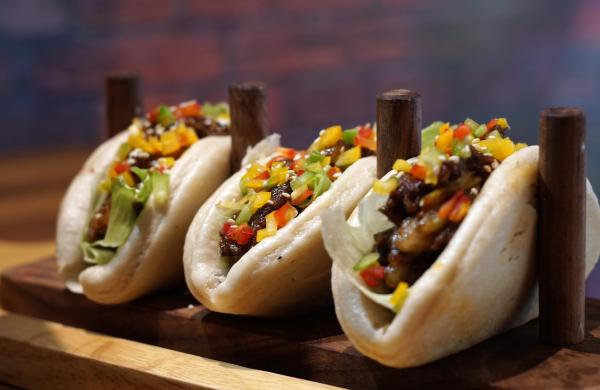