BURLINGTON — The bus has been moved.

Eight days after a black and red school bus, repurposed as a mobile dwelling, first appeared in the Jake’s ONE Market parking lot on North Winooski Avenue, a group of community members rallied in the parking lot to get it running and on its way on Wednesday.

The period in between was marked by attention from shoppers, business owners and even a city fire official, concerned that its positioning posed a public safety risk by impeding access to the back of the building Jake’s shares with Asian Food Mart.

The curiosity was so pitched that Jake’s employees referred inquisitive customers to a white board behind the checkout, which read: “Sorry, we can’t move the bus! It is broken down. PLEASE don’t ask about it.”

Nor were the bus occupants themselves happy campers.

“Just as much as people don’t want us here, we don’t want to be here,” Zanevia Wilcox, a Burlington activist who lives on the bus with their partner, said on Monday.

The bus, which initially broke down on Interstate 89, rolled into the Old North End early in the morning of July 12, Wilcox said.

Where it stopped was a strip of pavement in between Jake’s and the emergency food provider Feeding Chittenden, connecting a limited parking area in front of Jake’s and a larger parking lot out back.

That ruled out parking in the back lot for most drivers of mid-size vehicles — except those willing to persevere around the bus through some three-point turns — and especially hampered access for larger vehicles, such as the delivery trucks meant to access Jake’s and Asian Food Mart.

Two smaller lots out front, including handicap-accessible spots, remained available for customers of both stores. But Ran Mangar, Asian Food Mart’s owner, said he saw his customer base decrease following the bus’s arrival, in part because more Jake’s customers were using up the parking spaces out front. Deliveries were also impacted to both stores, he said.

The bus also drew a visit from Burlington Assistant Fire Marshal Phillip Edgerly, who indicated the bus was a fire hazard to the building and its occupants.

“If the back of that building is on fire, a ladder truck can’t get to it,” Edgerly said.

Wilcox, meanwhile, said they understood the burden the bus was causing but that they were unable to get it moving. They contacted eight or nine mechanics, they said, and waited all day Tuesday for a mechanic who never showed. They declined the city’s offer to tow the bus because the vehicle was in too poor condition to handle it, they said.

Wilcox said the couple was berated by passersby frustrated by the bus’s presence. They rarely left the bus out of fear of it being vandalized in their absence.

Such a scene was not what Wilcox envisioned for the bus. Wilcox was employed at Burlington International Airport until March 2020, they said, when they were laid off as a result of the Covid-19 pandemic. They sought odd jobs to make quick cash around the state but nothing substantial enough to fully support themselves financially, eventually leaving Vermont to seek work.

After months of being away from their hometown and family, Wilcox returned with the intention of resettling with other community activists on Sears Lane at an encampment for people experiencing homelessness — but the encampment was cleared out in early December after months of warnings from judges and other city officials who asserted that it was a health risk.

With nowhere to live, no job prospects and no consistent stream of money, Wilcox said, they used the money they had saved to buy a school bus and turn it into a home. They had short-term dreams of opening a mobile community center that serviced underprivileged and unhoused Chittenden County residents and a long-term goal of turning the bus into a caravan that traveled cross-country offering food services to various food deserts.

In the end, the fix to the bus was a simple one, according to mechanic Brian Moegelin, who was brought to the scene by community organizer Melissa Heather Cain, who knows Wilcox. Although Wilcox had previously tried adding diesel fuel to the vehicle, Moegelin said it needed even more in its condition. Loading the tank full of diesel and letting it run did the trick.

“A lot of being a community organizer is talking to folks, finding out what the needs are and meeting the needs,” Cain said. “In these cases having someone trusted makes it easier.”

Their time in Jake’s ONE Market’s parking lot was not all bad, Wilcox said. It reinforced their faith in the community, especially on Wednesday morning when numerous individuals rallied to get the vehicle going.

Did you know VTDigger is a nonprofit?

Our journalism is made possible by member donations. If you value what we do, please contribute and help keep this vital resource accessible to all.

Thu Jul 21 , 2022
A growing number of customers are grumbling online about receiving smaller portions while dining as so-called “shrinkflation” takes hold at struggling businesses, according to data from review site Yelp. Restaurants and other businesses are down on serving sizes due to the onset of decades-high inflation. Yelp users have started to […] 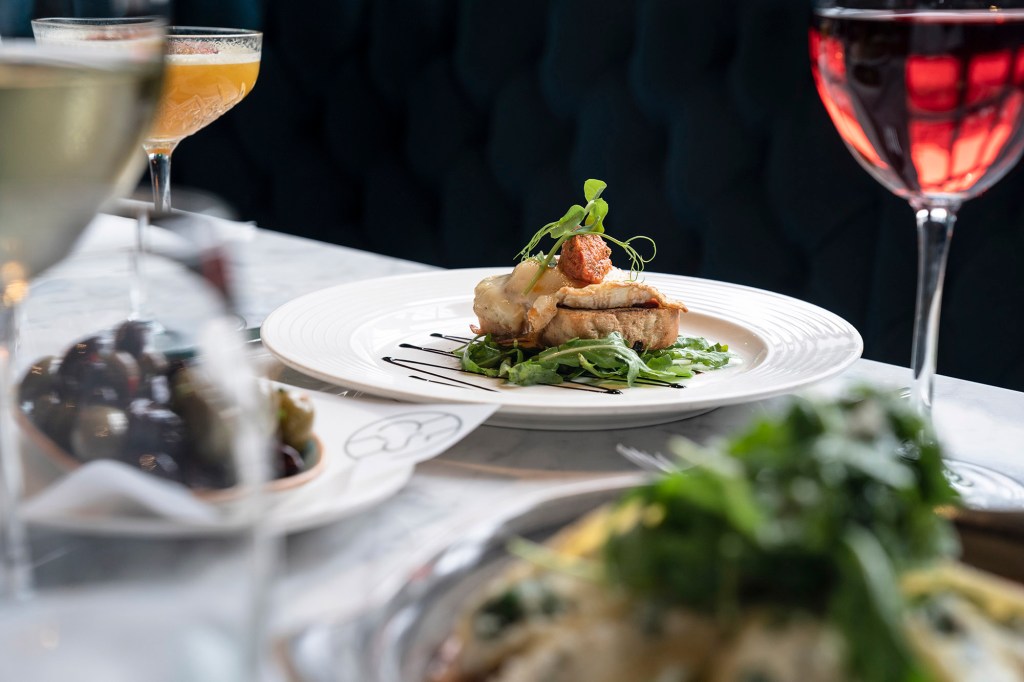