We have witnessed Ludacris spread his wings beyond the realms of music and still find success.

For instance, we know of Ludacris, the rapper, actor, investor, and entrepreneur but how familiar are you with the restaurateur?

Back in 2008, Ludacris joined chef Chris Yeo to open a Singaporean restaurant in Atlanta, GA, called Straits. The venture fueled his interest in the food business and he credited the entertainment industry for guiding his approach.

“I’ve become obsessed with restaurants,” Ludacris previously told Food & Wine. “It’s the same feeling I had when I started doing movies; you look at them in a different way—at the direction, at how the screenplay flows. Now I pay much closer attention when I go out to eat, to the service and the ambiance and the food.”

At the time, the restaurant’s menu items included tamarind beef, chili lobster, Potong Kari Ayam, and an array of cocktails. The Southeast Asian cooking that was put on display wasn’t a familiar terrain to Ludacris, but he believed the cuisine would spark the interests of the Atlanta foodies.

“I just want to be versatile,” Ludacris said, according to Food & Wine. “I don’t play just bad guys.”

Unfortunately, the Atlanta restaurants later closed in 2012. However, Ludacris refused to let go of his passion for the food business altogether.

Instead, he kept it alive and turned his “dreams to reality” by launching an eatery, four years later, named after his 2003 studio album, “Chicken + Beer.”

The restaurant is still thriving and is located at Gate D5 in Atlanta’s Hartsfield-Jackson International Airport. In fact, it has been so prosperous, Ludacris is gearing up to open its second location at the LAX airport, What Now Los Angeles reports.

According to FOX 11, the restaurant will be a part of the new shopping and dining experience located in the new Terminal 3, which is set to open in phases when Delta Air Lines begins flight operations in October 2022.

Travelers will have a chance to see what the excitement is about firsthand as they dive into Southern-style staples such as battered catfish with corn edamame succotash and parsnip purée, plus Luda’s chicken and pecan waffles with whiskey maple syrup and andouille sausage.

Fri Oct 14 , 2022
Asian food combines a wide range of flavours from diverse cuisines, and we just so happen to enjoy them all. We all love to gobble on noodles, dimsums, sushi, spring rolls, and more. In fact, if given a choice, many of us Asian food lovers can have these flavours all […] 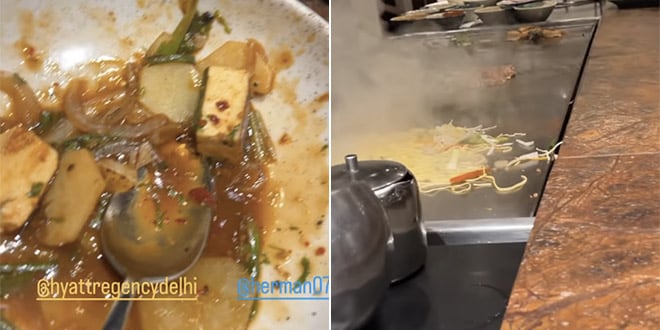