Aisles Abroad is a monthly feature that examines notable grocery initiatives outside the U.S.

When Swiss food retailer Migros was making plans for a combination supermarket and food hall in the heart of Switzerland’s largest city, the company made design flexibility a top priority.

The store, which debuted in early April just steps from Zurich’s central railroad station and is known as Bridge, features an array of prepared foods from local purveyors along with a curated selection of packaged goods and other foods. But while Migros had clear ideas about what would prove popular with shoppers based on decades of experience, the retailer recognized that it would likely want to make adjustments after opening the showcase store, which serves as a testing ground for new concepts the company develops.

“It was always part of the discussion that we said we want to explore those possibilities with being flexible in a store … and now it’s really a part of our DNA that we have pop-ups and we are on the move,” said David Böhler, managing director of the 21,500-square-foot food market. “We’re doing stuff we never did before, so we need to change quickly if we see it doesn’t work.”

To accomplish its goal, Migros turned to longtime partner Interstore | Schweitzer, a retail design firm and equipment supplier based in Italy that has developed a modular grocery store concept centered around mobile fixtures that can easily be rearranged.

The units, many of which are on wheels, attach to utilities like electricity and water using connections to the ceiling and do not require drains or other accommodations in the floor, according to Bernhard Schweitzer, owner and CEO of the firm, which was founded as a refrigeration equipment company by his grandfather in 1927. The system, known as Flexstore, also uses vacuum lines to enable mobility.

“With Flexstore, you’re not going to build it and then have it for the next 10 years like traditional technology,” but will instead be able to justify making changes much sooner, Schweitzer said.

The pandemic has also put a spotlight on the importance of building in flexibility when planning a grocery store.

“Coronavirus helped us, unfortunately, a lot, because it really meant that certain departments had to grow dramatically very fast, and other ones [have to] be reduced,” Schweitzer said. “Now that we are going back to a new normal, we have to find out and all our clients have to find out how much we need and how much we have.”

The Bridge store’s flexible design has already proved valuable for Migros. For example, the store team decided to reduce the size of the bread department and added an ice cream section with little disruption, Böhler said.

“What I experienced in the past is that you have a lot of great ideas, but the problem is you can’t change [things] easily and it always costs money,” he said.

Expanding in Europe and beyond

German grocery banner Kaufland opened the first supermarket based on the Flexstore concept in July 2019 in Bucharest, Romania. Kaufland is part of Schwarz Group, which also owns Lidl.

Lidl and Migros provided financial support to help Interstore | Schweitzer develop Flexstore, which counts eight of the 15 largest European food retailers as clients, according to Schweizer. The design-and-build firm manufactures about 70% of the systems used in a typical Flexstore-equipped retail space, such as shelving, lighting fixtures and refrigeration equipment, itself, Schweitzer said.

Interstore | Schweitzer is in discussions with food retailers in North America about implementing Flexstore, and stores based on the concept are expected to debut on the continent in late 2021, Schweitzer said, without providing further details.

An optimal time to install the Flexstore system is when a store is under construction or renovation, Schweitzer said. The cost of building a store based on the concept is roughly in line with the investment needed to install traditional fixtures, while retooling a store with Flexstore technology is likely to save money, he noted.

Initial costs aside, Schweitzer said his company’s system allows retailers to modify a store’s layout without having to wait for a period of years to amortize the capital investment in equipment that may be expensive or cumbersome to move or replace.

“It always again brings us back to this idea that I don’t know when and how much, but I know that I have to adapt and change my layout in my stores in the future,” Schweitzer said.

Böhler noted that the flexible design of the Bridge store is providing the opportunity for employees to provide input into how the store’s layout reflects their sense of the way customers behave when they visit.

“We try every day to get close to perfect, [but] the perfect of tomorrow is different than the perfect was today because the environment is changing and people are changing. So we’re really pushing this feedback culture and making it all transparent,” Böhler said.

Sat Jun 12 , 2021
Beech-Nut Nutrition is recalling some infant rice cereal sold nationwide because samples of the product showed excessive levels of arsenic. The baby food maker also says it will stop selling the product over worries it won’t be able to comply with federal limits on levels of arsenic and other toxic […] 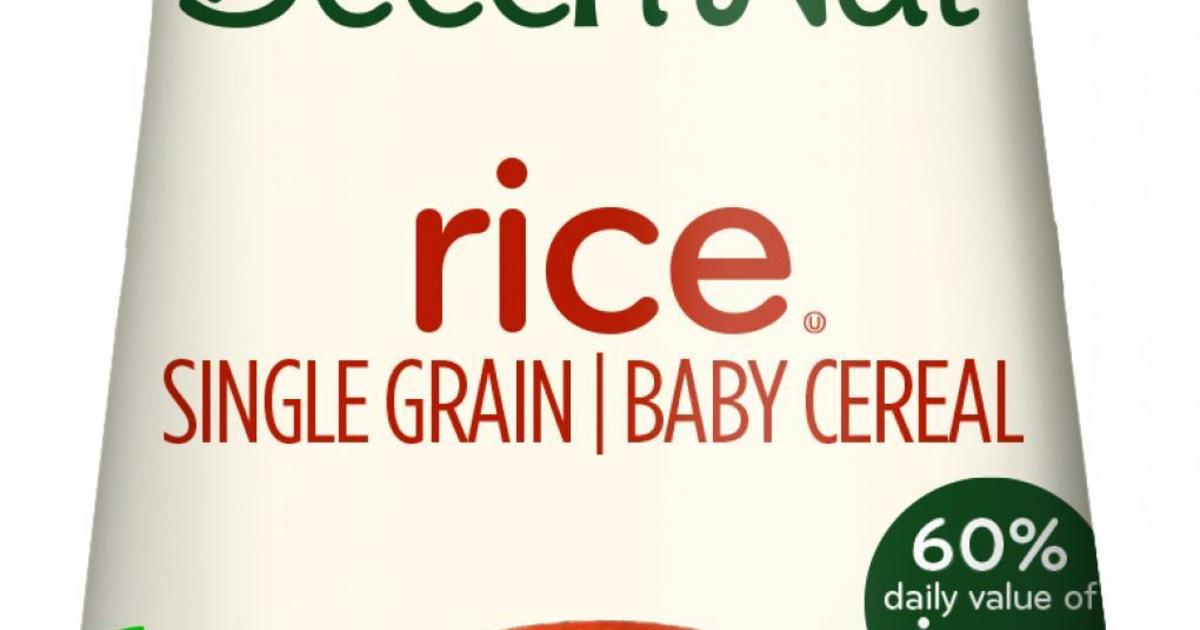