An Asian food truck in Layton was damaged with racist graffiti over the weekend. Layton police Sgt. Tracy Hokum said Monday that it’s too early to know if it will be investigated as a hate crime. KTVX reported the “World Famous Yum Yum Food Truck” shared photos of the damage on its Facebook account on Sunday. Those show much of the truck covered in white spray paint — including racist slurs and images. The food truck serves Filipino and Asian fusion dishes, and the operators said they will not let hatred stop them from sharing their culture. — Associated Press

Nevada has become the first state in the U.S. to ban certain kinds of grass in order to conserve water. Gov. Steve Sisolak signed the measure Friday to ban the planting of decorative grass. It goes into effect in 2027 and applies to office parks, entrances to housing developments and street medians. It does not apply to single-family homes or parks. Water officials said the move will eliminate about 31% of the grass in the region. The ban comes as western states that rely on the Colorado River for water prepare for the federal government to issue its first-ever official shortage declaration. Here in Utah, 90% of the state is currently in Extreme Drought conditions. — Associated Press

In Utah, Montana and Idaho there are about three open positions for every unemployed job seeker according to the job search site ZipRecruiter. Economist Jason Shogren said the pandemic changed what people consider high-risk work — now that includes jobs at a restaurant or in a classroom. He said economic recovery requires people to jump back into the labor force at the same time, but some people aren’t ready to go back to those high-risk jobs. Shogren said one way to lure workers back would be to include risk premiums like higher wages for those positions. — Maggie Mullen, Mountain West News Bureau

Four hikers were injured when they were caught in an avalanche in Colorado Sunday morning. The Clear Creek County Sheriff’s Office said it received a report of people being swept into a rock field just after 9 a.m. The avalanche happened on Torrey’s Peak, a popular hiking spot near Idaho Springs. Undersheriff Bruce Snelling said the hikers had minor injuries. Some Colorado peaks hold snow well into the summer and avalanches can happen at any time of the year. The Colorado Avalanche Information Center reported 12 fatalities from avalanches in 2021. The Utah Avalanche Center reported six fatalities this year. — Associated Press

Tue Jun 15 , 2021
CHARLOTTE, N.C. — A Charlotte chef is taking her culinary skills on a national tour.  What You Need To Know Chef Lisa Brooks is going on a 12-city national tour starting in July Brooks picked some of the cities from suggestions from followers on her social media channels  The Joy of […] 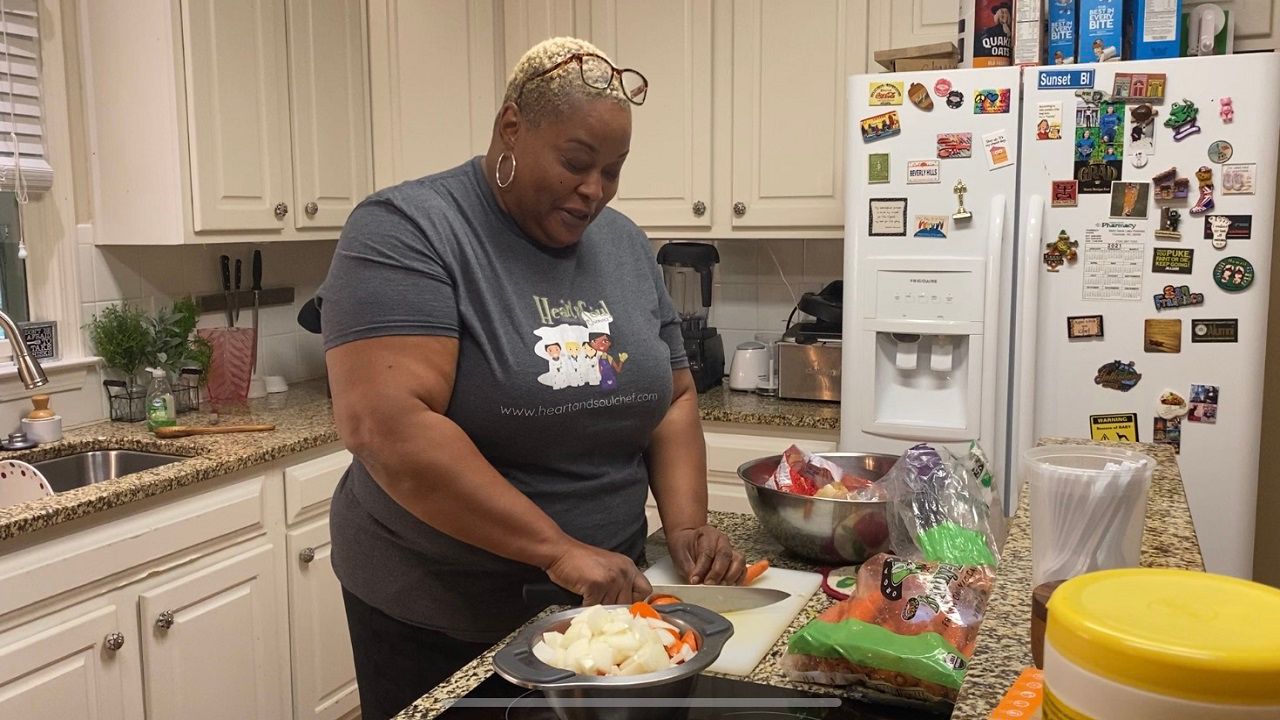