Cicadas, the red-eyed bugs who spend most of their lives underground, have returned to the US after 17 long years. And intriguingly, swarms of the insects invading American backyards this summer have also inspired dishes in their kitchens. Seeing the emergence of Brood X, one of the largest periodical cicada broods, people all across the US are trying to make the most of it, through creating cicada delicacies.

These insects are low in fat and high in protein, according to Cicada Safari, an app created to monitor their movement in the US. Many scientists and food experts have even called the bugs, a superfood. They can be fried, roasted, crushed into a powder, or even cooked live like a lobster! In addition to being eaten as freshly-prepared snacks, they can even be preserved through roasting, freeze drying and dehydrating, making them available as ingredients even after their season is over. The possibilities are endless.

“We really have to get over our dislike of insects, which is really strong and deep-seated in most people in our culture,” said David George Gordon, author of “Eat-a-Bug Cookbook” and known as the Bug Chef.

So, Americans are trying the insect in many unconventional and innovative ways. Be it turning it into a dessert with chocolate, or having it raw in sushi. Of course, there are some traditional approaches to consuming the bugs as popcorn, pizza, tacos and more.

Many chefs from popular restaurants and even home cooks are now taking to social media to share their creative recipes as the country seems to be fascinated with cicada food.

Take a look at some of them below:

Yesterday’s cedar-smoked invasive carp and cicadas. My cooking pays homage to nature so it makes perfect sense to cook and eat outdoors, surrounded by wildlife. pic.twitter.com/oMmytpECnI

If we’re known for anything here on @NewDay, it’s for our high story count about #cicadas.

So how’s this one: have you ever wondered what cicadas taste like? I’m about to find out… @johnberman @cookinforpeace pic.twitter.com/gzQZx60SEe

However, not everyone is too enthusiastic about it:

When someone starts discussing a recipe involving cicadas https://t.co/KfJL4xMSFx

I have seen exactly 0 cicada recipes, this is how I know I’m following all the right people https://t.co/6Mprhrr0bb

While it may seem bizarre, insect eating, or entomophagy, is a prevalent culture in many parts of the world. Edible insect delicacies have been part of routine diet in Mexico as crunchy chapulines, to Korea as beondegi or silkworm pupae street food, and of course, India.

Communities across India, from tribes in the northeast to parts of southern India such as Kerala, Karnataka, Tamil Nadu, and even Rajasthan and Himachal Pradesh have been eating insects such as ants, crickets, grasshoppers and beetles for centuries.

“I’ve eaten so many cicadas at this point, it’s become normal food for me,” Bun Lai, a chef who routinely advocates for introducing insects in human diet, said in a Instagram post. “I have faith that Americans will take the leap to healthier, planet-friendly foods like farmed and invasive/pestilent insects because we’ve always embraced change, just not in the right direction when it comes to food.”

Two killed in late-night shooting outside of Branson restaurant

Sun Jun 6 , 2021
BRANSON, Mo. (KY3) – Two people were shot and killed late Saturday evening outside of Famous Dave’s restaurant in Branson. Branson police have identified the victims as Krystle L. Buhl, 38, of Forsyth, and Richard A. Mc Mahan, 39, of Merriam Woods. Next of kin have been notified. The Branson […] 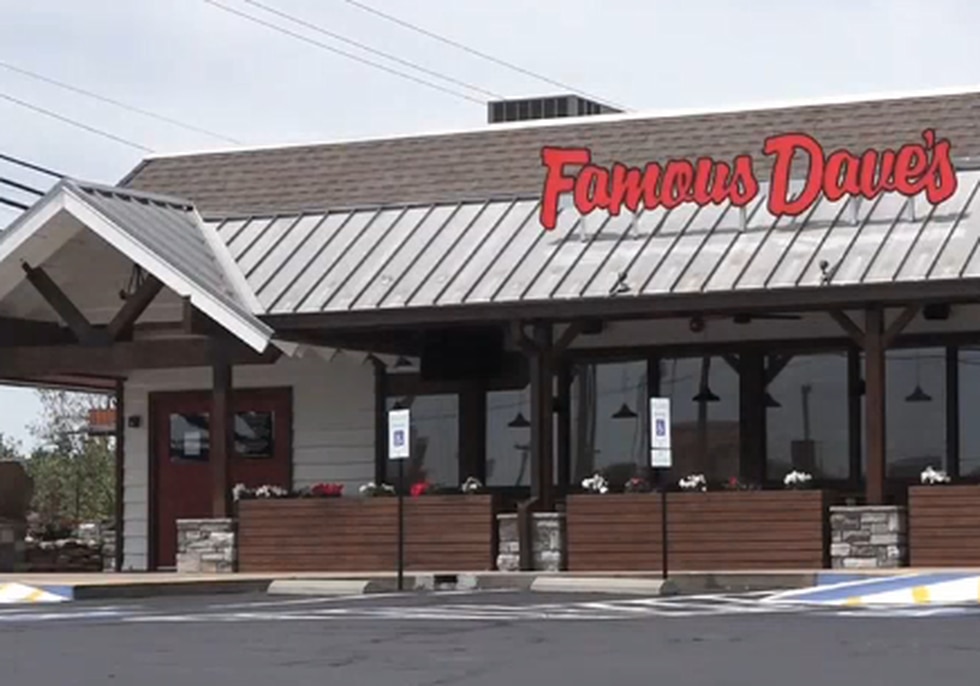