Start your day with LAist

During the pandemic, food insecurity worsened in many homes and across racial groups. But an analysis by the U.S. Census Bureau indicates fears about leaving home to get enough food were a more prevalent factor for Asian households.

Among the 77,000 respondents to a survey in late March, Asian households were more than twice as likely as white respondents to report lacking enough to eat because they were “afraid to go or didn’t want to go out to buy food.”

Respondents were not asked to give a reason for their safety concerns, but census analysts posited that the pandemic and a surge in anti-Asian incidents may have kept some people at home, even as they emptied their cupboards.

Ellen Ahn, who heads Korean Community Services in Buena Park, said the survey results lack important granular information, such as the ethnicity and economic background of the respondents. But the findings do resonate with her as someone who specializes in working with monolingual, lower-income immigrants.

Her clients aren’t just worried about contracting COVID-19, but being targeted for their race, Ahn said.

I could see being very fearful because the anti-Asian hate attacks have essentially been on those most vulnerable.

“I could see being very fearful because the anti-Asian hate attacks have essentially been on those most vulnerable,” Ahn said.

She noted that Asian Americans have the widest income gap of any racial group. The pandemic only intensified food insecurity for those in poverty and without family support, including single mothers and senior citizens in the Korean American community.

“I just can’t imagine what a single grandma would have to go through who’s living in the senior apartments, who already has a hard time getting to the grocery store because of transportation issues,” Anh said.

Ahn’s group is part of an Orange County coalition of Asian American advocacy organizations that has distributed food staples such as rice and ramen to needy households during the pandemic.

Her organization received $100,000 from the federal Emergency Food and Shelter Program, which it spent on gift cards to the Korean American grocery chain, H Mart, that were distributed to Chinese and Korean clients.

Despite citing divergent reasons given for not having enough to eat, Asian and white households that were surveyed reported similar rates of food insecurity — and those rates were lower than Black and Latino households.

Fri Aug 13 , 2021
Executive pastry chef Meg Galus has departed Boka Restaurant Group after six years with the high-profile restaurant group. Pastry sous chef Kim Mok, who worked alongside Galus at both Boka and at the Park Hyatt, will take over the post. Galus announced her departure last month over Instagram. Mok, who […] 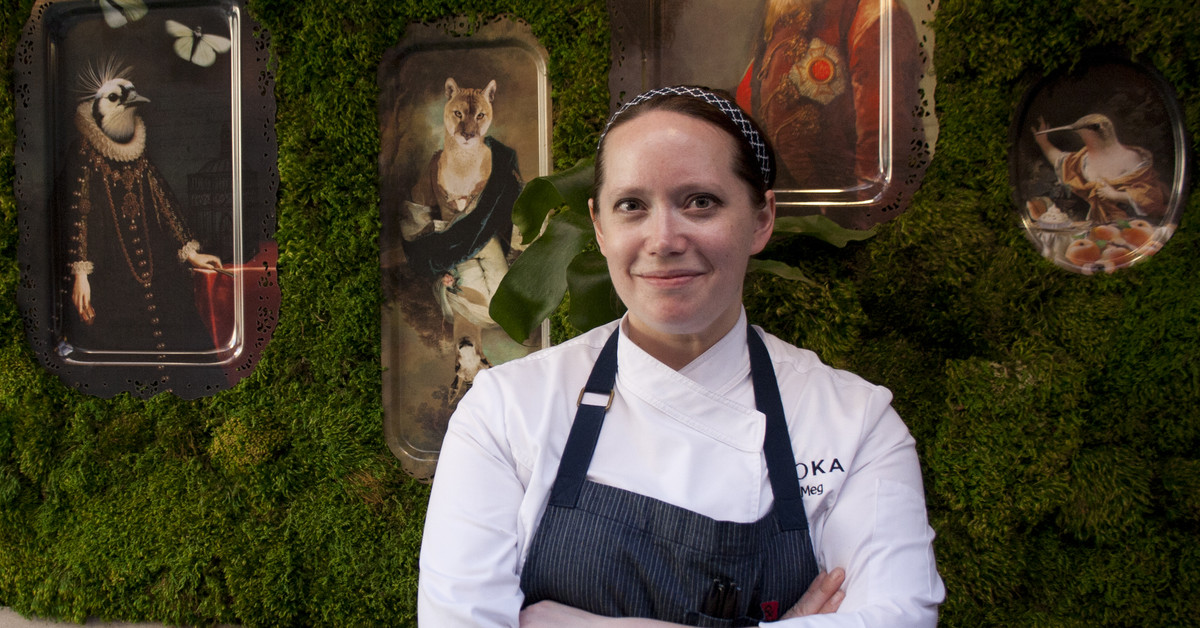