There is plenty of punk rock ethos in culinary media, where chefs are often artistic self-starters grasping at a channel for self-expression, or even a second chance at life. Alton Brown is the sharply dressed, meticulously researched foil to this trope, somehow embodying that impassioned, irreverent chaos better than anyone.


Interest in Brown, like interest in TV science greats Bill Nye and Neil deGrasse Tyson, never seems to wane. This fall, Brown is taking his show on the road — stopping at Austin’s Moody Theater, San Antonio’s Tobin Center for the Performing Arts, Houston’s Jesse H. Jones Hall, and the Theatre at Grand Prairie near Dallas — promising “comedy, cooking, music, mayhem, not necessarily in that order.”


The tour will make other stops in Texas at Lubbock and El Paso.


Brown’s 1999 Food Network show Good Eats redefined what a cooking show could be, incorporating science and camp in equal measure, and tossing space-wasting “unitasker” tools out of frame. Clocking in at 14 seasons, it was the third longest-running show on the network, and it taught more about food than most home chefs would need to know in a lifetime. Key words: need to know.

Good Eats made viewers want to learn food science, whether for better banana pudding or just for fun. Two decades after the start of the original show, Good Eats: The Return launched on Discovery+, and Good Eats: Reloaded on the Cooking Channel reconsidered some of Brown’s past advice. Both series extensions went on for two seasons.


The live show is “a completely different ball of dough,” Brown tells CultureMap in an email. “Although I think Good Eats fans do enjoy our tour shows, this is by no means Good Eats: Live. It is in fact all the kinds of stuff I can’t do on television.”


Details about the live show are “all top secret,” according to Brown, but one of the draws is audience participation. The chef warns he’ll ask for impromptu volunteers. If past live shows (The Edible Inevitable Tour and Eat Your Science) are any indication, they’ll have to keep up with his frenetic culinary experiments and playful heckling. The improvisation shows Brown’s wit in action, and mistakes made onstage can be more memorable teaching tools than a scripted demonstration. Photos show costume changes, mysterious contraptions, and a game-show wheel.


“The demos are very unusual and require completely custom-made tools,” Brown writes of the challenges of producing a stage show. “That said, we’re also playing a funk number, and that’s a challenge too.”


After Good Eats, Brown’s second best-known show, Cutthroat Kitchen, parodied other competition shows by introducing “sabotages,” hindrances contestants could win in an auction and subject their competitors to: making their own tools out of aluminum foil, sourcing cookie dough from a pint of ice cream, cooking pasta in an espresso maker. Some tasks were simply frustrating, while many gave contestants a chance to show some ingenuity in working around them.


America’s favorite home-cooking educator kept audiences company during pandemic lockdowns with Pantry Raid, filmed in a Good Eats test kitchen, and Quarantine Quitchen, streamed live from his home. Brown and his wife, Elizabeth Ingram, are still preparing dishes weekly for QQ, completely unscripted and with the reckless abandon of an already-wacky chef cut loose from network obligations. In the chat box, viewers compliment the Browns or complain that cilantro tastes like soap.


The appeal of Good Eats and QQ comes in their relatability, with absurd twists on what can really be done at home by home cooks, if they have the wherewithal. Regarding whether Texans will relate to special content in the live show, Brown goads CultureMap with his signature bluntness: “Maybe.”


Tickets for the Austin show November 5, the San Antonio show November 3, the Houston show November 2, and the Grand Prairie show November 6 are on sale at altonbrownlive.com, starting at $45. VIP tickets include great seats, early merch access, admission to the sound check, and a Q&A session.

Mon Aug 23 , 2021
Feasts, fairs and festivals in Europe are often celebrations of a local culture that’s very unique to the region. A common theme across some of the longest-running and most bizarre festivals is food. From oranges to truffles and all kinds of fish and fowl, if you can eat it, you […] 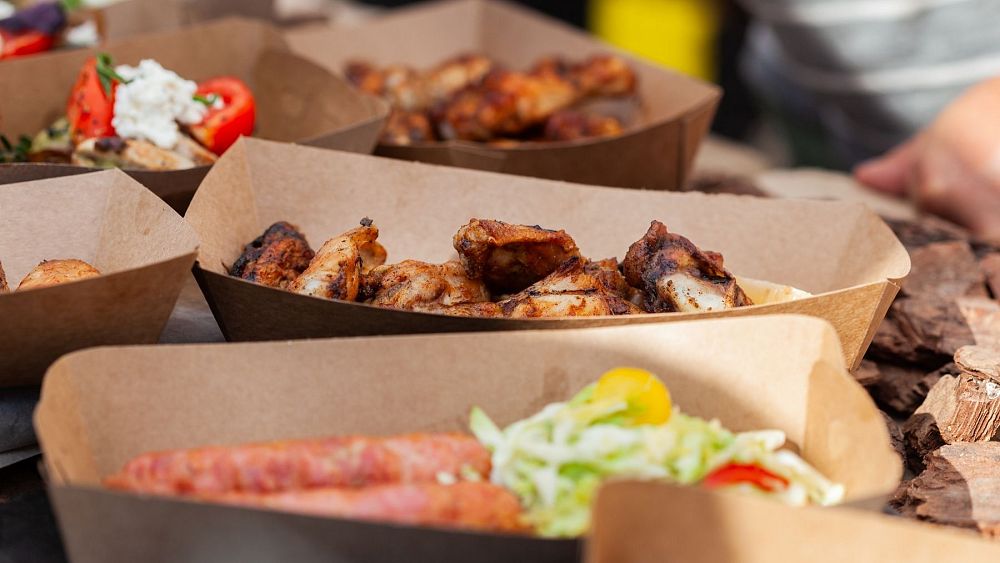