On April 16, Globally Local Technologies Inc.—parent company of vegan chain Globally Local —will begin trading on the Toronto Stock Exchange’s (TSE) Venture Exchange under the symbol GBLY, making it the first publicly traded vegan fast-food chain in the world. The company opened its first Globally Local restaurant in 2016 and in 2017, opened its second location as the world’s first 24-hour vegan drive-thru taking over a shuttered location of popular Canadian fast-food chain Harvey’s. Globally Local Technologies also produces its own plant-based meats and dairy alternatives for distribution in the foodservice sector. This control of its supply chain allows Globally Local to price its menu items competitively with non-vegan fast-food chains. The menu features vegan versions of menu items commonly found in various fast-food restaurants, including breakfast sandwiches such as the Faconator (made with a sausage patty, vegan cheddar cheese, and a tofu-based egg); burgers such as the Vopper (which features a chickpea-based patty topped with tempeh bacon); “chikUN” sandwiches in Buffalo, crispy, and sticky (slathered in Korean sesame sauce) varieties; along with salads, milkshakes, soft serve, and more.

In addition to serving a fully vegan menu, Globally Local is revolutionizing the fast-food industry from an operational standpoint. The chain operates through a compact “smart” kitchen model which includes modern on-demand cooking technologies that allow for consistent food experiences, quick service times, and simplified employee training. The chain also incorporates features to make contactless delivery efficient for its customers and delivery app partners—a model that has allowed the chain to thrive during the COVID-19 pandemic.

“Our team has spent five years developing an advanced fast-food restaurant concept and vertically integrated supply chain which, combined together, will revolutionize the fast-food industry,” James McInnes, co-founder, CEO, and one of the lead scientists at Globally Local, said. “Our smart kitchens will soon be deploying proprietary automation technology that will not only enhance our efficiency but will also make us more affordable than traditional fast food, ultimately allowing us to create change through a better economic model.”

In addition to Globally Local, a growing number of vegan brands are going public. In Canada, vegan company The Very Good Food Company—parent company of vegan meat-maker The Very Good Butchers—began trading on the Canadian Securities Exchange (CSE) in June 2020 and saw its stocks skyrocket by 800 percent within the first few days of trading.

Stateside, Beyond Meat became the first vegan meat company to IPO in 2019 and recorded surges in stock prices up to 163 percent on its first day of trading, making it the top-performing first-day stock that year. Competing plant-based brand Impossible Foods is also considering an IPO in the next 12 months with a valuation of $10 billion. Outside of the plant-based meat space, other brands, including Swedish import Oatly (which makes oat milk and other dairy alternatives) and Eat Just (the company behind mung bean-based vegan egg replacer JUST Egg) are also eyeing IPOs.

Love the plant-based lifestyle as much as we do?
Get the BEST vegan recipes, travel, celebrity interviews, product picks, and so much more inside every issue of VegNews Magazine. Find out why VegNews is the world’s #1 plant-based magazine by subscribing today!

Sun Apr 25 , 2021
In this month’s recap of the Top 5 most popular K-12 Food Management articles, 17 real-life bright ideas for K-12 school food service ranked as the week’s top story. Simple, impactful ideas are here to help you spring into action for the next season of feeding kids right. See what […] 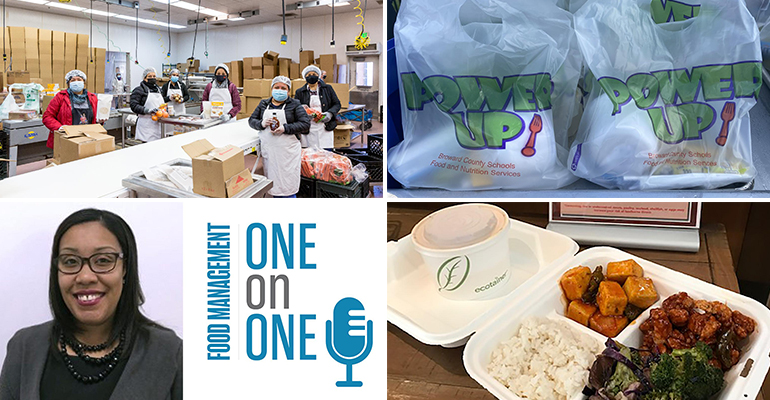