Crook’s Corner, a cornerstone in Southern food and an early spark in the creation of the Triangle’s modern dining scene, has closed.

The icon of seasonal, Southern dishes, torch-bearer of shrimp and grits and Chapel Hill mainstay announced the closing Wednesday in an email.

“With an incredibly heavy heart I must share the news that we are closing,” the restaurant wrote in an email. “The position we find ourselves in, exacerbated by the COVID-19 crisis is no longer tenable.”

Crook’s began as a Franklin Street fish market in the 1940s. But in 1982, chef Bill Neal and Gene Hamer opened a small restaurant that would alter the world’s understanding of Southern food.

Cooking dishes tied to the seasons and treating regional vegetables like treasures, Crook’s elevated the reputation of Southern food. Suddenly, fine dining included dishes like fried catfish or stewed okra and tomatoes or peanut soup. A bowl of Crook’s shrimp and grits has been spent 40 years as one of the most beloved dishes in the South.

The James Beard Foundation honored Crook’s Corner in 2011 with the America’s Classic Award, “given to restaurants with timeless appeal, beloved for quality food that reflects the character of their community.”

‘Food of this place’

Following Neal’s death in 1991, chef Bill Smith took over the kitchen and led the restaurant for nearly 30 years until his retirement in 2019. Hamer sold the restaurant to a group that included former Crook’s beverage director Shannon Healy and Gary Crunkleton.

Healy said he first fell in love with Crook’s as a diner eating a plate of fried oysters that changed his life. Unlike the gummy, chewy and fried-into-oblivion versions he said he knew from growing up in Florida, these were barely fried, crunchy from a cornmeal breading and still creamy like a steamed oyster.

“It was a revelation to me,” Healy said. “They were using aioli and calling it garlic mayo. They were taking fancy food and making it approachable. It was an ethos I really loved.”

Even in retirement, Smith would sometimes find himself back in the Crook’s kitchen in some fashion or another. Most recently he made the season’s batch of honeysuckle sorbet, filling a restaurant freezer with the sweet late spring gold.

“That’s probably my favorite dish,” Smith said. “No one had ever done anything like that before. It’s mysterious, it doesn’t make any sense, but it’s delicious.”

The truest Crook’s dishes were those that danced with the seasons, like the honeysuckle sorbet, which Smith would often forage from thousands of blossoms. In the summer, fans would look for Crook’s dish of cold fried chicken and a thick slice of watermelon, and in the fall, wild persimmon pudding that seemed to taste like those first chilly nights of the year.

Smith said seasonal cooking also meant improvisation, taking whatever showed up at the backdoor and putting it on a plate.

“It was kind of ‘seat-of-my-pants’ cooking,” Smith said. “Farmers would just show up at my door with two bags of tomatoes and so I served tomatoes that night. The menu was completely fluid.”

The first restaurant job James Beard award-winning Mississippi chef John Currence had was in the Crook’s kitchen, where he was initially fired as a busboy. He’d later be rehired as a dishwasher and quickly worked his way though the kitchen, happily pitching in with prep cooks chopping pounds of mushrooms and scallions for bowls of shrimp and grits at dinner. He said Bill Neal’s obsession with food taught him to appreciate the gift of peppery arugula and appreciate flavor.

It was at Crook’s that he first got a dish on the menu, a deep fried French toast, which is still served at his Big Bad Breakfast restaurants.

“Crook’s was the first restaurant to really legitimize the Sunday supper meals of the Lowcountry,” Currence said. “Prior to that it was unheard of. My grandmother ate at the restaurant and was astounded we sold a plate of pimento cheese for $4.50.”

What is now thought of as the Triangle dining scene was once really only Chapel Hill. A few decades ago diners came from Raleigh and Durham and points elsewhere to eat in Chapel Hill restaurants, helped in part by New York Times stories by Craig Claiborne about Bill Neal and, earlier, Mildred “Mama Dip” Council.

The threads of that influence spread out throughout the Triangle, Healy said, and eventually the script was flipped.

“Raleigh got its own restaurants, and Durham and just the share of the market was harder,” Healy said. “We thought we could turn the fortunes of the restaurant around.”

Instead the new Crook’s owners, like every other restaurant in the country, ran into a brick wall, as the COVID-19 pandemic crippled the industry. Healy said the restaurant’s debt structure made closing a stark nuts and bolts decision.

“Coming out of COVID, we were never able to recover,” Healy said.

Pointing to chefs like Currence, Healy said the impact of Crook’s is felt nightly in restaurants throughout the South.

“Generations of restaurants can trace their lineage back to (Crook’s),” Healy said. “It’s had enough of an impact it’s legacy is well protected.”

Drew Jackson writes about restaurants and dining for The News & Observer and The Herald-Sun, covering the food scene in the Triangle and North Carolina.

Tue Jun 15 , 2021
While plant-based meat and dairy markets are saturated with options, vegan egg substitutes have been somewhat limited – until now. Growth of plant-based eggs According to a report by The Plant-Based Foods Association, U.S. plant-based egg consumption rose 168 percent in 2020 and saw $27 million in sales. By 2022 […] 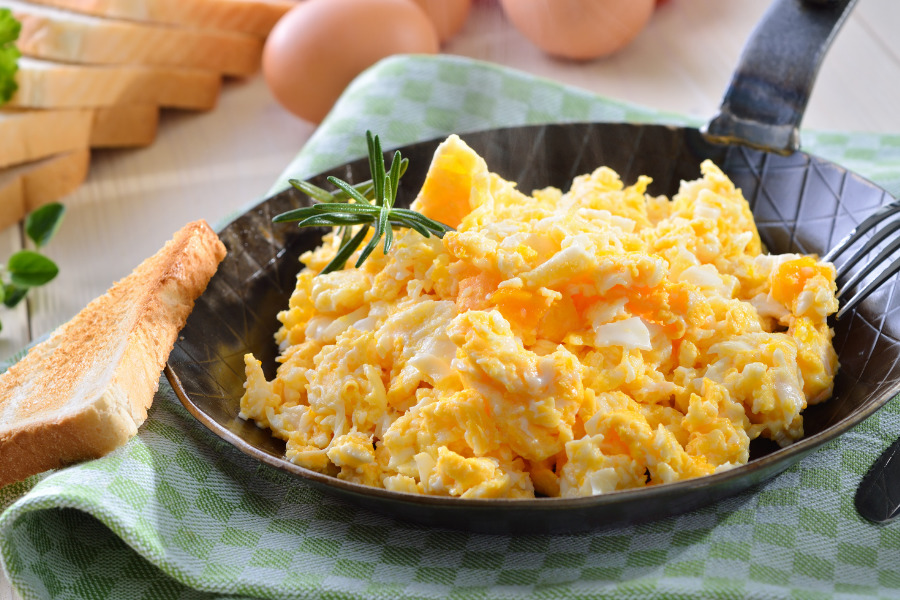