John Savage and his wife don’t go out to eat much anymore. The cost of a meal in the San Francisco area has soared, he says — even if prices haven’t.

It’s not that Savage is bad at math. A few months ago he took to Twitter to vent his frustration about escalating fees tacked on to the bill:

Savage acknowledges that restaurants and other businesses have gone through tough times since the beginning of the pandemic. But rather than raise prices to account for inflation, or reduce portions through “shrink-flation,” it seems like their pain is being passed on to customers in a new, sneakier way.

Welcome to the “fee-flation” economy.

Fees are here, there, everywhere

These somewhat ambiguous fees have been cropping up on bills all over the service industry in recent months.

Romano’s Macaroni Grill added a $2 surcharge at all its locations across the country to help alleviate “macroeconomic” pressures.

Ca Va, a champagne bar in Kansas City, Missouri, is charging a 20% hospitality fee on all tabs to “ensure livable, competitive compensation for all staff.”

And Ally Restaurants in Minnesota, a chain of two restaurants and a food truck, is also charging a 3% “wellness fee” that goes toward making up benefits for staff.

From a restaurateur’s perspective, the challenges are starting to add up.

Inflation is the highest it’s been in decades, hitting 9.1% in June, and food costs are one of the major drivers of that.

Meanwhile, the service industry has been hit hard by job turnover. The quit rates in leisure and hospitality have been consistently above 4.5% since the fall of 2020, according to the U.S. Chamber of Commerce.

“In Minnesota, we were forced to close down twice [during the pandemic],” says Tory Reding, president and co-owner of Ally Restaurants. “We’ve lost a remarkable number of people in the industry itself so that makes it even more challenging.”

Reding raised his menu prices, but he says that still didn’t cover the difference.

“Put quite simply, you cannot raise your prices enough to cover the inflation of cost of goods, delivery of food and those things on top of what’s happening with the labor market.”

Extra fees are nothing new

Tacking on surcharges at checkout isn’t new. Airlines and hotels, among others, have been doing this for years.

“Psychologically, it’s a lot easier for consumers to think about a single number as opposed to a roll up of numbers,” says Jeffrey Galak, associate professor of marketing at Carnegie Mellon University.

Galak says consumers are more likely to swallow a higher price when it comes in the form of extra charges. When a higher than anticipated price is presented to you, it can turn you off without even thinking about it.

“We’re all lazy consumers … what we’ll do is we’ll look at the top line number, and ignore that there are these other fees maybe on the back end. And for [businesses], that works quite well, because they’ve already got the consumer engaged with the product,” Galak says.

By the time you’ve realized that there are these additional fees, you’re probably already committed.

“It’s more advantageous to have a fee than to raise prices, because it seems like they’re keeping prices relatively flat,” Galak says. “So consumers need to be hyper aware of this.”

Running the risk of alienating customers

Of course, racking up fees can run the risk of alienating or annoying customers.

But many businesses will see losing some customers at the end of a transaction as better than putting them off at the beginning with a higher initial cost, says Galak.

“Because of all these inflationary pressures, you’re seeing [businesses] trying to figure out, ‘Well, how do we navigate this?’ And a lot of it is a learning exercise,” says Galak. “We haven’t seen this rate of inflation for a really long time. And so everybody’s trying to figure out what to do here.”

It can be a risky move, but he adds it’s a risk most seem willing to take, though it comes with some blurred ethical lines.

“It does seem like [businesses] are perhaps taking advantage of this inflation. And instead of potentially cutting into their own profits, they do seem to be acting in a much more selfish way, which one might argue [businesses] are supposed to do,” says Galak.

“But from a societal perspective, and from a consumer perspective… boy, is that problematic.”

Being an informed consumer is getting harder

It’s that blurriness that frustrates customers like John Savage.

“As a customer, you’re kind of put into a bind,” says Savage. “You’re trying to guess how much your bill is at the end of the night. And I understand the struggle of restaurants in the past two-and-a-half, three years with COVID…. But it all gets knocked in at the end.”

Galak says there isn’t much you can do to work around this type of pricing. He does suggest making use of websites that aggregate prices. Instead of trying to book a flight through an airline, book through an aggregate site that will give you the actual price up front.

You could also check out a restaurant’s website before you go to see if there’s an added charge, or call ahead and ask the staff.

But ultimately, Galak says, being an informed consumer isn’t easy these days.

“It’s getting harder and harder for consumers to be able to make informed decisions on tight budgets,” he says. “Because [businesses] are getting more and more clever with how they conceal price changes.”

What to read next

This article provides information only and should not be construed as advice. It is provided without warranty of any kind.

Fri Jul 29 , 2022
Ann Arbor resident Haluthai “Thai” Inhmathong, owner of the pop-up Thai restaurant Basil Babe, understands food’s power to connect people to her culture. Since she started her pop-up during the COVID-19 pandemic, she’s been striving to bring her community closer together through her cuisine. And she’s just one of many […] 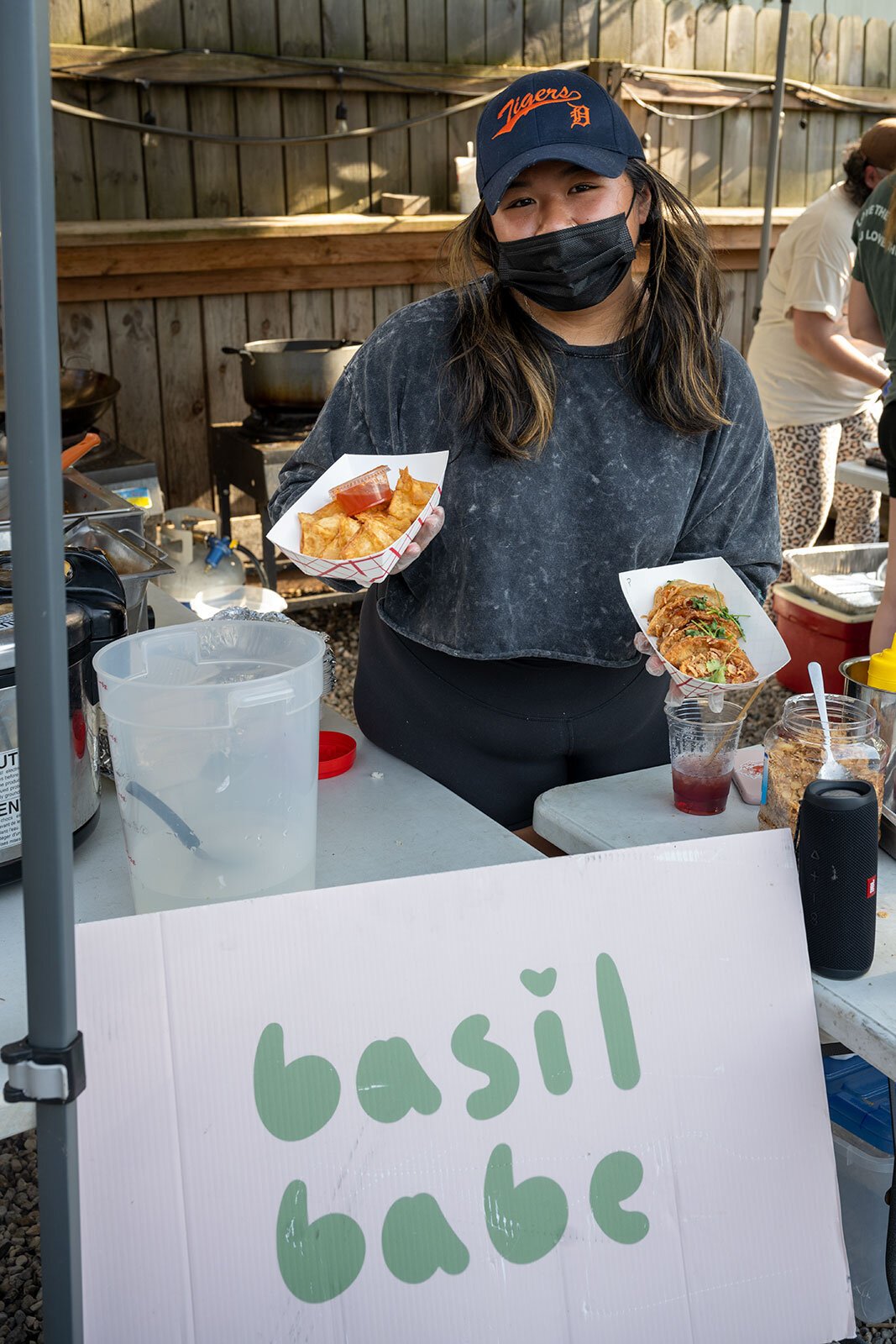