Here at Food & Wine, we can’t stop thinking about impact.

This past year and a half has shown that the world can shift under our feet at any given moment. But these challenging times have also proved the power that people with a good idea can have, and the massive and positive difference innovation can make in the world. That’s why we’re choosing to honor and celebrate the people, products, organizations, and movements who are changing the culinary world for the better.

We are excited to introduce you to Food & Wine‘s inaugural list of Game Changers.

This new annual list doesn’t consist just of industry insiders, nor does it place emphasis and priority on being new. These 25 honorees are all leaders in the culinary field who push their peers to dream bigger and innovate harder. They are transforming how we, as a society, collectively eat, cook, drink, and travel — and that is no small feat.

This year’s 25 Game Changers include the woman building a vegan dairy empire, the cookbook publisher creating a more accessible and sustainable publishing model, the chef who refuses to play by any of the traditional restaurant rules, the nonprofit feeding undocumented hospitality workers and their families, the chocolate companies fighting for an ethical supply chain, and the tech company determined to bring a kinder and more equitable restaurant delivery model to the masses.

We are floored by their talent, their vision, and their hopes for the future. We believe in their lasting impact. Read on to meet the inaugural class of Food & Wine Game Changers.
-Khushbu Shah, Restaurant Editor

Nguyen Coffee Supply is bringing single-origin Vietnamese coffee to as many cups as possible. Read More.

This baker is breaking down bread barriers, one loaf at a time. Read More.

Masienda sparked a masa movement in America while preserving the genetic diversity of one of the world’s most crucial crops. Read More.

The contrarian chef has found success in refusing to run a traditional restaurant. Read More.

These innovators are reimagining culinary travel, one unique and delicious trip at a time. Read More.

The activist and sommelier is not afraid of hard conversations. Read More.

The next generation of spice companies are delivering better-tasting spices while disrupting an outmoded industry.
Read More.

With a business model that doesn’t gouge restaurants, ChowNow wants to turn the tables on third-party delivery apps.
Read More.

An Australian cookbook publisher is shifting who gets the money. Read More.

Sun Noodle is at the forefront of America’s ramen boom. Read More.

At her creamery, Miyoko Schinner is transforming the world of vegan dairy. Read More.

These companies are ensuring a sustainable future for cocoa. Read More.

These condiment makers are pushing boundaries with their punchy sauces and pickles. Read More.

The mayor of Flavortown has raised millions of dollars for restaurant employees in need. And that’s just the tip of the iceberg. Read More.

Customers Are Back at Restaurants and Bars, but Workers Have Moved On

Thu Jul 15 , 2021
Like many servers and bartenders around the country, Ashley Roshitsh, 32 years old, used to love her job—until the pandemic. She had worked in hospitality since she was 14, eventually bartending at a craft cocktail bar in Birmingham, Ala. But after being furloughed in March 2020, she took stock of […] 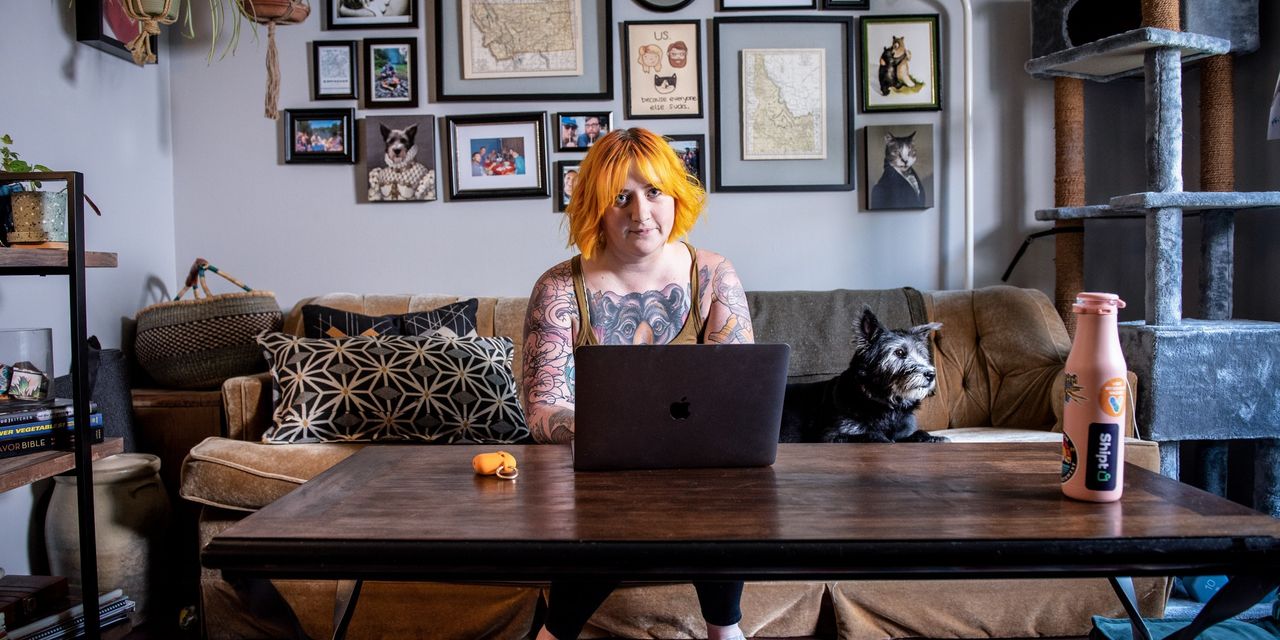