General Mills is pumping up its pet foods business by acquiring Tyson Foods’ pet segment to capitalize on Americans’ rapid adoption of pets and cats during the pandemic, which has seen millions isolating at home.

General Mills said the deal, expected to close in the first quarter of the 2022 financial year, will include Tyson’s Nudges, Top Chews and True Chews brands, as well as a manufacturing facility in Independence, Iowa.

Tyson Foods’ pet foods business generated more than $240 million in revenues in the year up to April 3, 2021.

Tyson said although the “market fundamentals” are “currently strong” in the pet food industry, it felt the time was right to “transition” these brands to an “established pet foods business” like General Mills where they will “complement their existing portfolio.”

“Pet food is a high-growth category, fueled by the humanization of pets, a trend that has only increased during the pandemic,” stated Bethany Quam, president of General Mills’ pet business.”

General Mills’ existing pet foods label, Blue Buffalo, was purchased in 2018 for $8 billion and marked the company’s initial foray into the pet food business. General Mills is now one of the six biggest pet food firms in the world. The firm hopes to capitalize on the acceleration of pet adoptions by homebound Americans since the pandemic struck. Adoption rates at animal shelters surged by as much as 40% year-over-year in 2020, Reuters reported, as isolated Americans sought relief and companionship by adopting animals. Leslie Granger, president of New York-based animal rescue nonprofit Bideawee, told Reuters they’ve seen an “incredible demand” since the pandemic from people who want to adopt pets and “we’re not seeing it slow down.” According to a study by the American Pet Products Association, an industry trade group, an estimated 12.6 million U.S. households bought a new pet last year after the pandemic emerged in March. According to the European Pet Food Industry Federation, more than 80 million households across Europe own at least one pet.

The American Pet Products Association also said the U.S. pet industry (including food, but also medical care, grooming, dog walking, etc.) generated more than $100 billion in sales last year for the first time in history. Of the total $103.6 billion in sales recorded in 2020, pet food represented $42 billion in sales, a 9.7% increase from the prior year. Steve King, president and CEO of APPA, expects sales to grow by 5.8% this year, well above the historical average of 3% to 4% annual growth.

Change Is Coming In The Way Pet Products Are Sold (Forbes)

Thu May 20 , 2021
The Kroger Co. has launched the Go Fresh & Local Supplier Accelerator, a business incubator for fresh food and related suppliers. Under the partner program, announced Wednesday, Kroger aims to discover new U.S. growers, producers and other suppliers to help drive the continued expansion of its supermarkets’ fresh departments, including […] 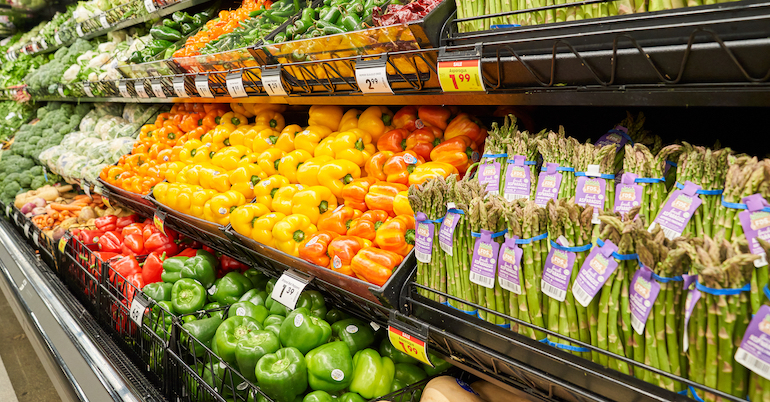