Researchers from INRAE and the ESA (École Supérieure d’Agricultures d’Angers), together with the SafeConsume H2020 project researchers, conducted a European study on hand washing during the preparation of a raw chicken meal at home. Their results, published on 9 May 2021 in Food Control, highlight a lack of knowledge of the risks associated with handling raw meat in France.

Moreover, their work indicates clear differences between the countries participating in the study, showing the importance of adapting prevention campaigns according to the practices and knowledge of each country.

Hand washing seems to be a simple task but, once implemented, shows discrepancies between people. Some people diligently wash their hands for 30 seconds with soap, others simply run their hands under water, or just wipe their hands on a cloth or towel.

The issue of hand washing is particularly important when handling raw meat, to prevent foodborne infections caused by pathogenic bacteria present on raw meat — Campylobacter and Salmonella in particular — via “cross-contamination” events. Indeed, these bacteria will be killed by the cooking of the meat, but they can infect consumers if they put their hands to their mouths after handling raw meat, or if they contaminate with their soiled hands a food eaten raw (a salad for example).

Do Europeans really wash their hands?

As part of the EU Horizon 2020 funded consortium SafeConsume, researchers from INRAE and the ESA (École Supérieure d’Agricultures d’Angers) conducted a study in 5 European countries — Portugal, France, Norway, Romania and UK — which consisted on observing 15 consumers per country during the preparation of a meal from raw chicken and salad, and interviewing a sample of 1889 Europeans via Internet.

Their results show clear differences between European countries in chicken handling and handwashing practices, even though self-reported handwashing practices are similar between countries, revealing a gap between intentions and practices. These differences are associated with disparities in material aspects (kitchen equipment, type of chicken purchased, whole or filleted), know-how (cooking recipes, chicken washing, use or non-use of soap) and knowledge (microbiological risks associated with raw meat, importance of soap).

Many of them do not seem to know the importance of soap for washing their hands, and just run them under water. Others use soap on different occasions during meal preparation—before cooking, after touching the bin, their phone, handling pets or blowing their nose — but not after handling raw chicken because they are not aware of the risks from raw chicken. Poorly equipped kitchens and inaccessible soap were also associated with not washing hands.

These results highlight the importance of considering all the different aspects involved — material, knowledge and know-how — to develop an appropriate communication strategy to improve consumer handwashing practices and reduce foodborne infections, both bacterial and viral.

Thu Jul 29 , 2021
Step right up! In the spirit of summer, Krispy Kreme came out with a whole new line of carnival-themed treats, and they’re sweeter than ever. The new summer line features three brand-new limited-edition doughnuts, and they’re the perfect addition to any summer festivity. First up is a caramel apple doughnut […] 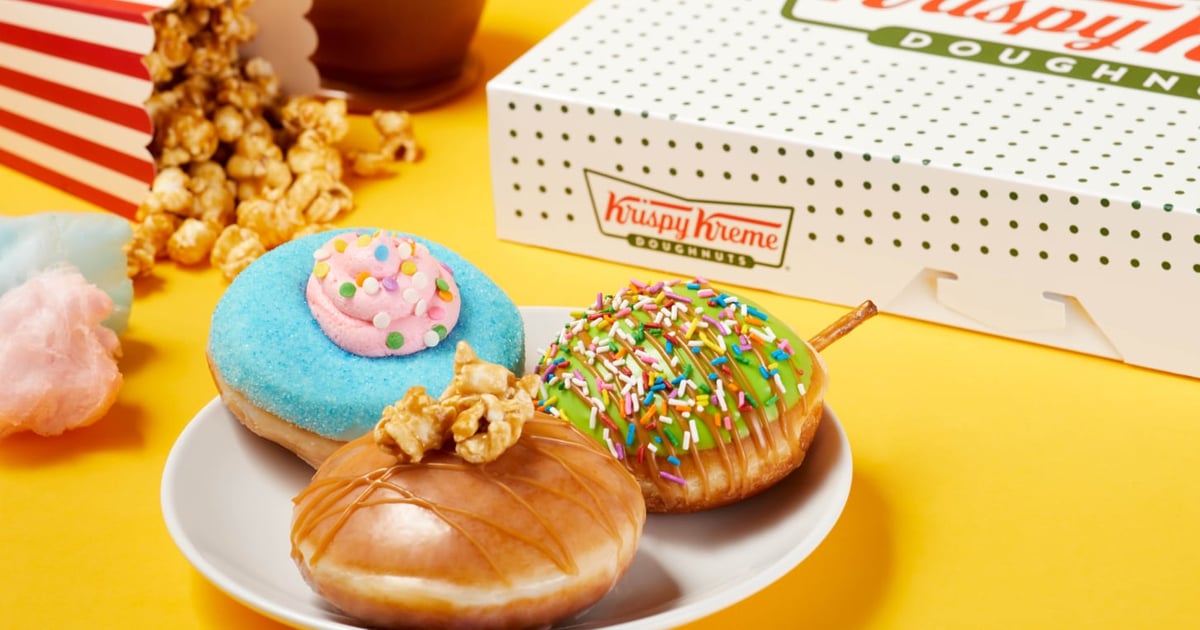