In Hawaii, L&L Drive-Inn is ubiquitous. The red-and-white sign beckons customers to its comfort food menu of teriyaki-glazed barbecue plate lunches and other Hawaii favorites, such as the loco moco, kalua pork with cabbage and the Spam musubi.

Today, the chain has more than 200 franchise locations in 15 states, with more than 30 in the Bay Area, serving up 20,000 Spam musubi per day, 3 million cups of rice a month and a half million pounds of macaroni salad a year.

Though there are many Hawaii-style restaurants in the continental U.S., very few of them can claim they started out in Hawaii. How did this restaurant, which began with a small Honolulu eatery, come to take over Hawaii and beyond?

It all started with a small orange-and-white building in Honolulu’s Kalihi neighborhood in 1976. L&L Drive-Inn served Hawaii barbecue plate lunches, hamburgers, loco moco and beef stew. From this one location, where it still stands today, it expanded across the Islands, then to California in 1991 as L&L Hawaiian Barbecue.

As popular as the restaurant is today, its story begins with humble origins: a family of immigrants coming to Hawaii in pursuit of the American dream.

Eddie Flores Jr. purchased L&L for his mother in 1976. (L&L began as a dairy in the 1950s, named for its founders, the Lees.) Flores had immigrated with his parents from China to Hawaii in the ’60s. His mother couldn’t speak English, but she dreamt of owning a restaurant.

“My dad is one of seven,” Flores’ daughter Elisia tells SFGATE. “His parents had barely a sixth-grade education, found a way to support all their kids, immigrated to the United States, didn’t even have enough money to support him that he had to be sent away with other family members,” she continues. “My mom was literally found in the streets of Hong Kong, brought into an orphanage and was adopted by a family in Rhode Island.”

After acquiring L&L, the Floreses partnered with Johnson Kam, another immigrant to Hawaii who had restaurant experience and owned a manapua truck. Together, they built the brand to what it is today. Kam was responsible for creating the menu and managing operations, while Eddie grew the business and created the franchise model.

Elisia, 37, took the reins as CEO of L&L in 2019. She grew up around the L&L business all her life, and even worked her first job as a L&L cashier.

She is proud of her family’s path to success. “It’s a really tremendous story to me of these two immigrants who came in with so little and they were able to create step by step this really, really great business,” says Elisia. “And now we in turn have so many franchisees, also immigrants, who are creating their American dream.”

The fast food restaurant is known for serving a large selection of Hawaii-style plate lunches. Born out of the many cultures in Hawaii at a time when immigrants were coming to the Islands from around the world, the plate lunch is a mix of flavors from all those cultures on a plate consisting of two scoops of rice, macaroni salad and a protein.

About 10 years ago, it also added the Spam musubi, another Hawaii favorite, and it became a hit. It’s so popular, L&L celebrates an official Spam Musubi Day.

“In Hawaii, I would say our most popular item is the chicken katsu. It’s my personal favorite, panko-breaded chicken thigh, super crispy, super crunchy, and our very sweet and tangy chicken katsu sauce, all of it is made in-house,” says Elisia. “On the mainland, the item we sell the most is the Spam musubi …  but if we’re talking about plate lunch, the barbecue mix plate is the most popular.”

Many of its franchise restaurant owners are former kamaaina (Hawaii residents) who moved to the continental U.S. But whether they have a connection to Hawaii or not, all of the franchisees must join L&L in Hawaii to meet the team and receive training.

Over the course of a month, the franchisees learn how to make all of the recipes fresh and in-house in order to understand the taste and quality that they must adhere to. Since the restaurant is sometimes the first time people on the continent encounter Hawaii and its culture, it’s also important that the franchisees learn the islands’ culture, history and food before opening their store.

“It’s tremendous to me how much work our franchisees put into their business every day and what they do for their community and their customers,” says Elisia.

Though Flores and Kam, now in their mid-70s, have taken a step back to let Elisia lead, they are still very much part of the family business.

“Eddie, my dad, is still chairman of the corporation and he still comes into the office every day,” says Elisia, “Uncle Johnson, he runs a couple of L&Ls that he owns and he’s still in the kitchen every day. Those two guys are going to be working for a long time.

“It’s such a passion of mine to come into work every day because of what we’re doing,” she says, “and I just feel so blessed and so lucky to be part of the business.”

Mon Jul 25 , 2022
Leading venture accelerator Brinc and Asian culinary platform DayDayCook have announced they will be investing $10 million in sustainable, animal-free foodtech companies through the Good Food Accelerator Program. The program, operated by Brinc, will help to fund 45 startups over the next three years. Additionally, Brinc has invested $500,000 in […] 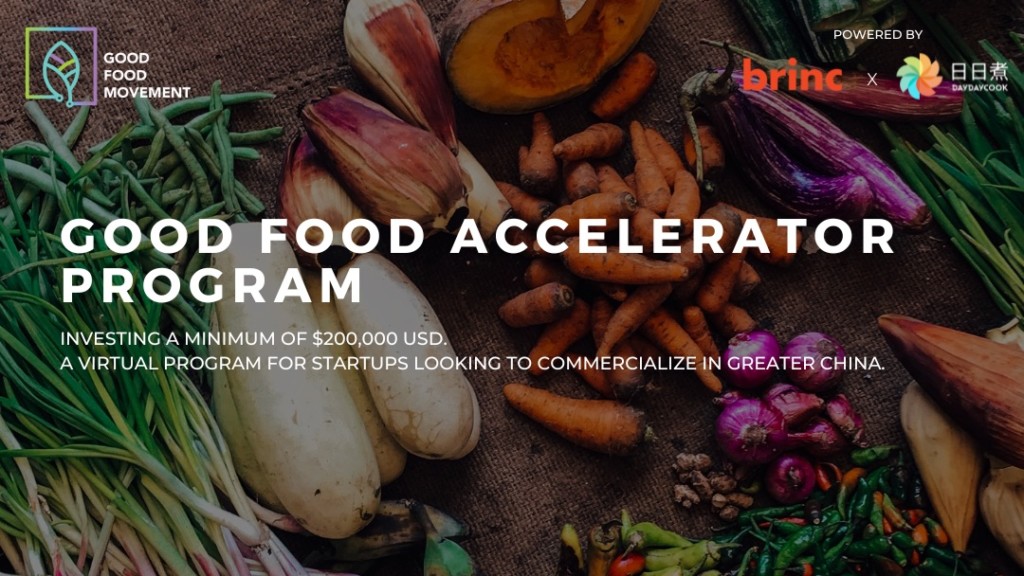