DUBLIN, June 13 (Reuters) – Ireland would like Britain and the European Union to find a “middle ground” in talks on aligning food standards that could reduce checks on food imports from Britain to Northern Ireland by 80%, Irish Foreign Minister Simon Coveney said on Sunday.

EU member Ireland is a key player in talks between Brussels and London that aim to reduce trade frictions between Northern Ireland and the rest of the United Kingdom under post-Brexit trade rules that have sparked anger in the British province.

Asked whether tough words from British Prime Minister Boris Johnson at a G7 summit this weekend indicated a souring mood, Coveney said it was important to distinguish between what was said for domestic British political reasons and what was likely to happen in the talks. read more

“What is needed now is the experienced negotiators on both sides to thrash out sensible flexibilities, to use pragmatism, but also to honour the commitments that both sides signed up to when they agreed the (Northern Ireland) Protocol,” Coveney told RTE Radio.

Coveney said the EU had been asking for a commitment from Britain to remain aligned to EU standards but that the British government instead wanted Brussels to recognise that UK standards were equivalent to EU standards.

“I think the challenge is to find a middle ground there that is perhaps independently monitored,” Coveney said.

He said Johnson’s government had indicated it had a problem with any monitoring mechanism being enforced by the European Court of Justice but that “these are the kinds of issues (where) we have to try and find a way forward, politically”.

Earlier, Johnson clashed with EU leaders, especially French President Emmanuel Macron, over how to implement the Northern Ireland Protocol during a summit of the Group of Seven leading rich democracies that he is hosting in southwestern England.

Coveney welcomed an indication from U.S. President Joe Biden’s administration in recent days that a deal between the EU and Britain on food standards would not preclude a new UK-U.S. trade deal – a concern voiced by Brexit supporters in the past.

Coveney said the U.S. concession was one that “we asked them to make”.

Fri Jun 18 , 2021
In the densely populated slums of Dhaka, Bangladesh, children survive on rice cooked with curry powder and cheap cookies and chips, packaged in appealing, colorful wrappers. These protein-poor foods provide scarce nutrients for growing bodies. Add in poor sanitation from multiple generations of a family often living in a single […] 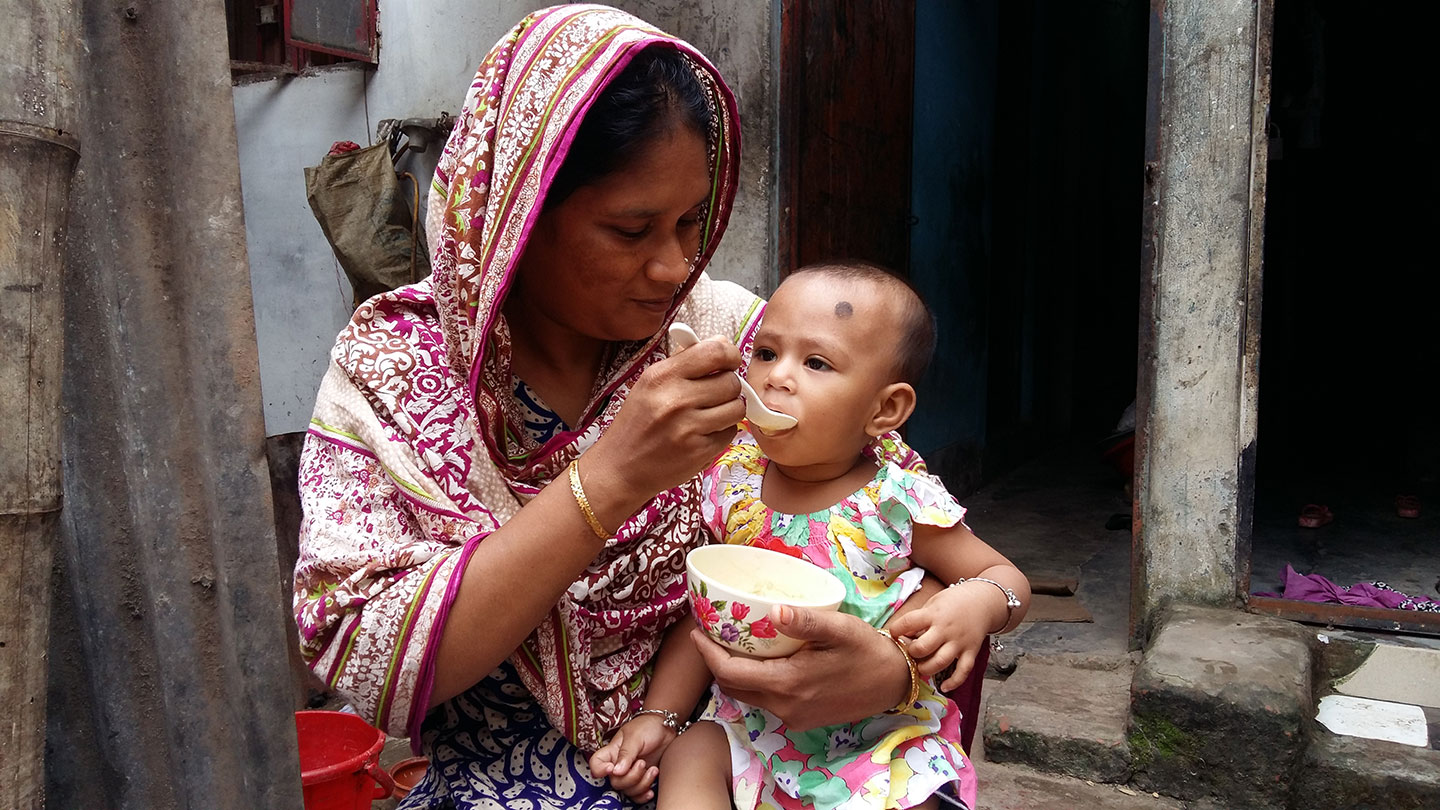