Earlier in the week, Kim Saira, a TikToker who goes by @kimssaira on the platform, made a video criticizing the segment. She showed clips of Corden and his guest Jimmy Kimmel being presented with a 1,000-year-old egg to which Corden said he “didn’t even know was possible,” pig blood-curd, and balut, to which he said he “really didn’t know what that is.” Balut is a fertilized duck egg.

“Um, this TV segment is racist af,” Saira’s text in caption read. “This is Asian food; balut is Filipino food.

“This is so disrespectful WTF,” Saira wrote.

After the clip was viewed 2.2 million times and received 17,900 comments, Saira went ahead and launched a change.org petition that calls for Corden to get rid of the segment from The Late Late Show. At the time of writing, the petition reached over 13,300 signatures.

Mentioning that many of the “gross” foods presented on the segment are from Asian cultures, Saira had this to say in the petition:

In conversation with Today, Saira said that most of the food on the segment are things she grew up eating, such as balut, which is sentimental to her as it brings back memories of visiting the Philippines and eating the dish with her grandma and cousins.

“I was just so confused, and I feel like it was a moment of me just being like, ‘Oh my gosh, like, this is my culture. I don’t understand why he’s making fun of it?’”

Indy100 reached out to James Corden’s representatives for comment.

Sun Jun 13 , 2021
VICTORIA — A chef on a cross-Canada tour is trying to help pioneer a new culinary frontier, despite restrictions on serving cannabis. Travis Petersen has partnered with Russell Hendrix Restaurant Equipment and Supplies to teach an introduction to culinary cannabis. The course, open to culinary professionals, teaches its students about […] 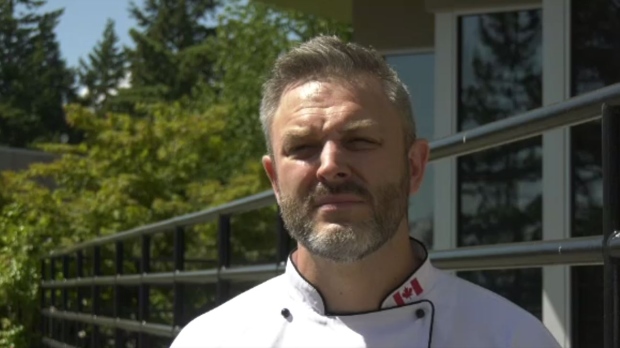