Ben Brown loves to travel, and he loves to eat. So whenever he visits new countries, he often books culinary tours to learn about cities through their culinary culture.

But what has always bugged the 32-year-old Carmel Valley resident about food tours is that they’re on a strict schedule that prohibits lingering in spots he likes, and they’re expensive, because the ticket price includes the cost of the tour guide.

Brown’s frustration led to his creation of TastePro, a new San Diego dining tour business that does away with both the schedule and the guide. Customers visit the company’s website (gotastepro.com), book a tour in either North Park, the Gaslamp Quarter or Pacific Beach and, with e-mail confirmation, they have a 12-hour window during which they can visit the three to four stops on their tasting tour at any time they want. Tax and tip are included in the tours, which start at $24.

“I saw potential for this entire food tour niche. What if you dropped the guide and made the experience dynamic by putting the power in the customer’s hands?” he said. “My thought was to democratize the food tour experience and make it accessible to anyone who wanted to dine out.”

Since Brown launched TastePro in February, several hundred people have purchased tours, and he said business is growing every month. Among the first customers was Jessica Richards, who said she found the TastePro site online while she and her fiancé were doing research for an upcoming move to San Diego from Los Angeles. They booked the North Park tour and so enjoyed exploring the neighborhood while visiting the four local restaurants on the tour, they moved to North Park a month later.

“We were hooked,” Richards said. “I like to graze and enjoyed walking between the spots so we could look around. We noticed all these cool shops, and we’re both hot yoga fans and we found a studio. We liked that there were no constraints. You could just go as you please and take time to focus on the food and experience.”

Restaurants featured in the tours include casual spots like Crazee Burger and Mr. Frostie to higher-end restaurants like Il Sogno Italiano and Meze Greek Fusion. On each tour, participating restaurants are within walking distance of one another. Customers can choose tours focusing on casual or more elevated fare and can add cocktails to their tour for an extra fee. A three-stop “beachside comforts” tour of P.B. is $24 while a four-stop “Gaslamp icons” tour is $79. Brown said the tasting portions on a three-stop tour will add up to the equivalent of a full meal, while a four-stop tour will appeal to a heavier eater.

One of the first restaurants to sign up for TastePro was Encontro North Park, a 5-year-old restaurant at University Avenue and 30th Street owned by chef Jason Hotchkiss.

Hotchkiss said he’s seen groups of up to seven people come in at a time on TastePro tours. He said tour customers often tell him they’re looking forward to coming back, like Richards, who said she and her fiancé have ordered takeout from Encontro at least once a week ever since they moved to North Park.

“I think it’s a great concept,” Hotchkiss said. “It gives the people the opportunity to come in and try new items and check us out.”

Brown grew up in Del Mar and graduated from Torrey Pines High School before earning a journalism degree from the University of Southern California. While working as a school teacher in Las Vegas, he started writing restaurant reviews and realized he wanted to work on the business side of the hospitality industry. So, he went back to USC and earned an MBA and then spent three years working in food and entertainment content strategy for Princess Cruises. The job allowed him to visit more than 60 countries worldwide, where he developed his love for food tours but wanted to reinvent the concept.

Brown initially developed TastePro in Los Angeles and was ready to launch it in March 2020 when the pandemic hit. After relocating to San Diego and waiting out the restaurant lockdowns, he officially launched TastePro in February. He said his goal is to find five or six restaurants in each neighborhood that are within close proximity of each other and have a reputation of sorts. Some of the local tour spots have been featured on TV shows like “Diners, Drive-Ins and Dives” and others have won awards on local “best of” lists.

In the coming months, he hopes to launch tours in more San Diego cities, such as Del Mar, and he’ll expand soon to Orange and Los Angeles counties. He’s also looking to create themed tours focusing on dishes like pizza or tacos. He has also started working with real estate agents to offer tours to clients as move-in gifts. His ultimate goal is to make TastePro a global brand. For details, visit gotastepro.com.

Tue Jul 20 , 2021
A new pilot project backed by some of the world’s largest food pro­duc­tion com­pa­nies will begin test­ing an eco-label plat­form on more than 100 prod­ucts sold in the United Kingdom next autumn. The goal is to offer con­sumers a traf­fic-light style label­ing sys­tem on food pack­ages to let them eval­u­ate at […] 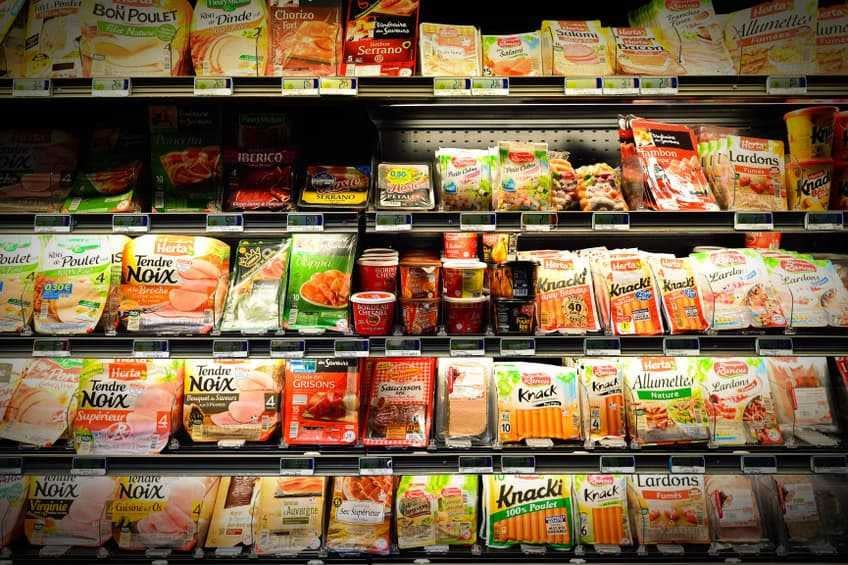