Z&Z is opening a brick-and-mortar location in Rockville’s Woodley Garden’s Shopping Center. The Middle-Eastern eatery’s specialties include manoushe — a type of flatbread.

Brothers Danny and Johnny Dubbaneh started Z&Z in 2016. It has operated out of farmers markets and grocery stores in Washington, D.C., for the past five years.

Z&Z’s specialty products are za’atar — a blend of Mediterranean herbs often used as a seasoning — and manoushe, a Middle Eastern flatbread often dressed with spices, herbs and labneh (yogurt).

Danny Dubbaneh told Bethesda Beat in an interview on Friday that Z&Z could open this month, but “nothing is set in stone.”

He said that two months ago, he started talking with the owner of the pizzeria Slice of Rockville at 1111 Nelson St. about the future of the space.

“Her business was doing well, but she was looking to retire,” Dubbaneh said.

The Dubbanehs were familiar with the site, because it’s where their grandfather, Fayez, formerly owned the restaurant Chicken Tonight from 1982 to 2006, Danny said on Friday.

Additionally, Danny and Johnny’s father, Issa Dubbaneh, and his brothers opened a chain of fried chicken restaurants in the area called Chicken Basket in the 1980s.

Danny Dubbaneh said that if he and his brother ever opened a brick-and-mortar restaurant, they wanted to make sure the space was right for their needs.

“We weren’t really sold on getting a restaurant or opening a restaurant unless we found something that was really gonna be special,” he said. “We grew up with restaurants. We know how hard they are and how much time and effort they take.”

Danny Dubbaneh said he and his brother are having the former Slice of Rockville space renovated, “but the bones are staying put.”

Their restaurant will have a fast-casual atmosphere with counter service, he said. There will be space for indoor and outdoor seating.

Z&Z’s Rockville menu will be an expanded version of the one offered at the farmers markets, Dubbaneh said. The restaurant will specialize in manoushe, and will also offer meat pies, salads and desserts.

Dubbaneh said there’s still some lingering concerns about opening a restaurant during the COVID-19 pandemic, but he likes the location and said that Slice of Rockville received good support from the community for the past year.

“We think people will be happy to have a new place in the neighborhood and we’ll make it work one way or another,” he said.

Dan Schere can be reached at [email protected]

A chance meeting in Paris unites a couple in a quest to bring natural French wines to St. Louis

Mon Jul 12 , 2021
For Julie Roddier-Fortney and John-Paul Fortney, bringing natural, organic French wines to St. Louis is as much a calling as it is a career path. The couple behind F & R Wine Imports has une passion for wines made with minimal chemical and technological intervention—essentially, wines made with grapes grown, […] 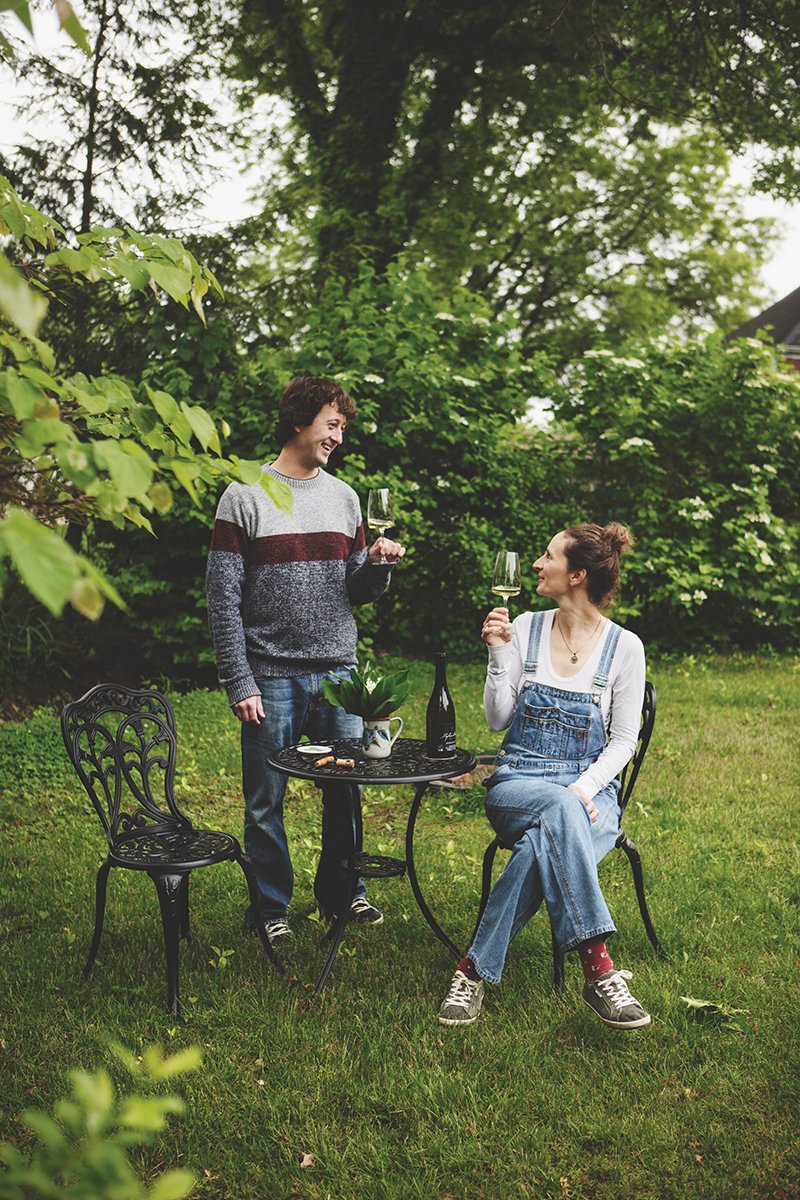