WATERVILLE — Tanya McCarthy rolled the homemade dough into a square, spread her poppy seed mixture on top, shaped it into a log and carefully marked the dough for slicing.

She then placed the disk-shaped pastries onto a baking pan topped with parchment paper.

McCarthy, owner of the Wild Clover Café & Market at 16 Silver St., was baking her poppy seed schnecken in preparation for her grand opening Friday.

It was one of several culinary delights she would create Thursday for the opening of the cafe, which offers European pastries, sandwiches, tarts, quiche and a range of loose leaf teas, coffee and cold drinks.

McCarthy bakes a variety of croissants, including carrot cake, chocolate, banana bread and matcha, a ground green tea croissant. Her sandwiches include croque monsieur, built with ham, French cheese and bechamel sauce, and a goat cheese sandwich with pear relish and olive tapenade. Homemade granola bowls with fresh Greek yogurt, fruit and jam or local honey are also offered, as are three types of quiche. With the Waterville Opera House showing “The Sound of Music” over the weekend, McCarthy will also feature Austrian cookies, sacher torte and a tea called “A Few of my Favorite Things.”

Kimberly Lindlof, president and CEO of the Mid-Maine Chamber of Commerce, said Thursday that Wild Clover is a unique and welcome addition to downtown Waterville.

“Downtown, there are 22 eateries between Jorgensen’s on the north end and Pete’s Pig in the south end,” she said. “Downtown Waterville is host to a culturally diverse selection of dining options that provides a draw and the perfect complement to the arts offerings that are about to become much more robust directly in the center of these dining selections.” McCarthy moved effortlessly Thursday in her open kitchen, which is clean and bright and affords patrons sitting in the cafe or at window nooks overlooking Silver Street a view of her culinary talents at work.

Having grown up in Germany and traveled the world, McCarthy studied at the French Pastry School in Chicago and at the Savour in Australia, where she lived for several years. McCarthy also worked for years at hotels and restaurants. She and her family lived in Maine for a while, moved to Australia and then returned here.

“We’re kind of at a point where the kids are pretty much done with college and it’s like, what’s next in life?” she said of her decision to open the cafe. “We don’t know where they are going to end up. This can be a great thing in Waterville. We can be more part of the community.”

Waterville’s downtown revitalization prompted McCarthy to consider a site here. She had always liked the looks of the building at 16 Silver St., the former location of a State Farm Insurance office. When it went up for sale, she dove in.

She started renovating the inside of the 1,200-square-foot space in April, creating a kitchen, dining area and front counter. She painted the walls in soft pink, gray and green, and decorated with colorful silk flowers and tiny lights to mimic a style she had admired at English eateries. Soft European music plays as she bakes.

A popular item for fall is a harvest apple tart, which has a Linzer cookie base topped with pumpkin cake, pumpkin cheesecake mousse and apple compote hidden inside. The tart is topped with a spice glaze.

“I’m going to have a couple more that I will make for the winter that will have gingerbread and chocolate,” McCarthy said. “I have espresso drinks. I love to make Spanish lattes.” McCarthy also features a yeasted poppy seed braid; a bee sting cake with almonds, honey and vanilla custard; and a Cleopatra cake — a bundt cake made with grapes and Moscato wine.

McCarthy held a soft opening last weekend and said the response was positive.

“One woman was Italian and said, ‘This is just like home,’” McCarthy said. “That made me feel really good. That’s exactly what I wanted.”

Please check your email to confirm and complete your registration.

Use the form below to reset your password. When you’ve submitted your account email, we will send an email with a reset code.

Fri Nov 18 , 2022
Nov. 15, 2022 A new Mexican restaurant that’s opening in the coming weeks in south Sioux Falls is a blend of two families and their favorite recipes. La Plaza Fiesta Mexican Restaurant is putting the final touches on its space in a retail center at 521 W. 85th St. in front […] 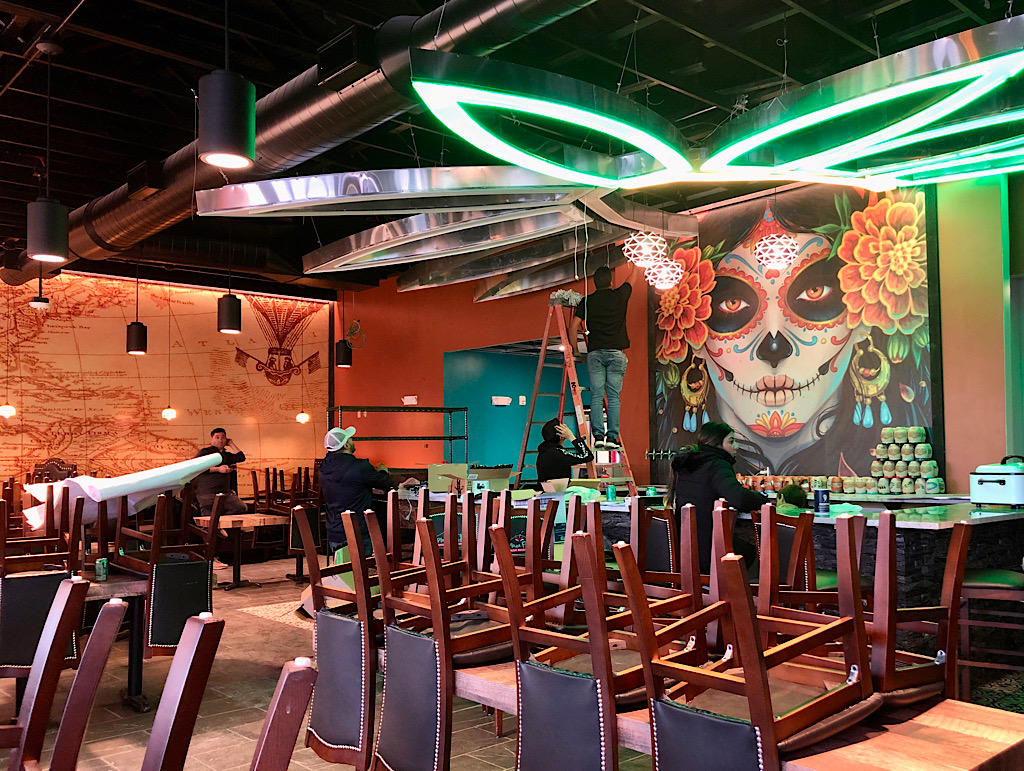