“It was very clear that this was a food desert and it was what was wanted and needed,” Cheryl said.

They came up with the idea of a food hall to give local entrepreneurs a bridge between a food truck and brick-and-mortar restaurant location, she explained.

“We have developed a very special bond with our tenants, and while it may seem like an unlikely famILLY (referring to ILLY’s Pizza and their branding of famILLY), the respect and admiration I have for these entrepreneurs and the steps they are taking to make their neighborhood what they want it to be is the definition of strong, brave and honorable – true community famILLY in its highest form. I am proud to be their partner and my heart will sincerely smile watching them succeed,” according to a press release announcing the opening date. .

Rob Barry, the general manager of the food hall said customers can come five days in a row and still get a different cuisine each day. Customers can choose between Cajun, pizza, tacos, Philippine or Trinidad and Tobago dishes.

“I am so excited to be part of an amazing team! Everyone has worked so hard for this moment and we cannot wait to bring delicious food, amazing cocktails, and fresh coffee to this great community,” Barry said.

All six tenants, some of them showing off their spaces Tuesday, started out as a food truck or had a previous location in the Dayton area and wanted to expand their brand by opening a site at the food hall. Many of the owners are from West Dayton or now reside in the area.

“It’s really an honor to be able to serve the community you grew up in and do it on this level,” Robert Gunn, owner of ILLY’S Fire Pizza said. “We do pizza on a high level. It feels good that people perceive us and accept what we do.”

Jasmine Brown is the owner of De’Lish the home of Cajun, creole, comfort food inside West Social Tap and Table which will open July 25th in the Wright-Dunbar Neighborhood. JIM NOELKER/STAFF 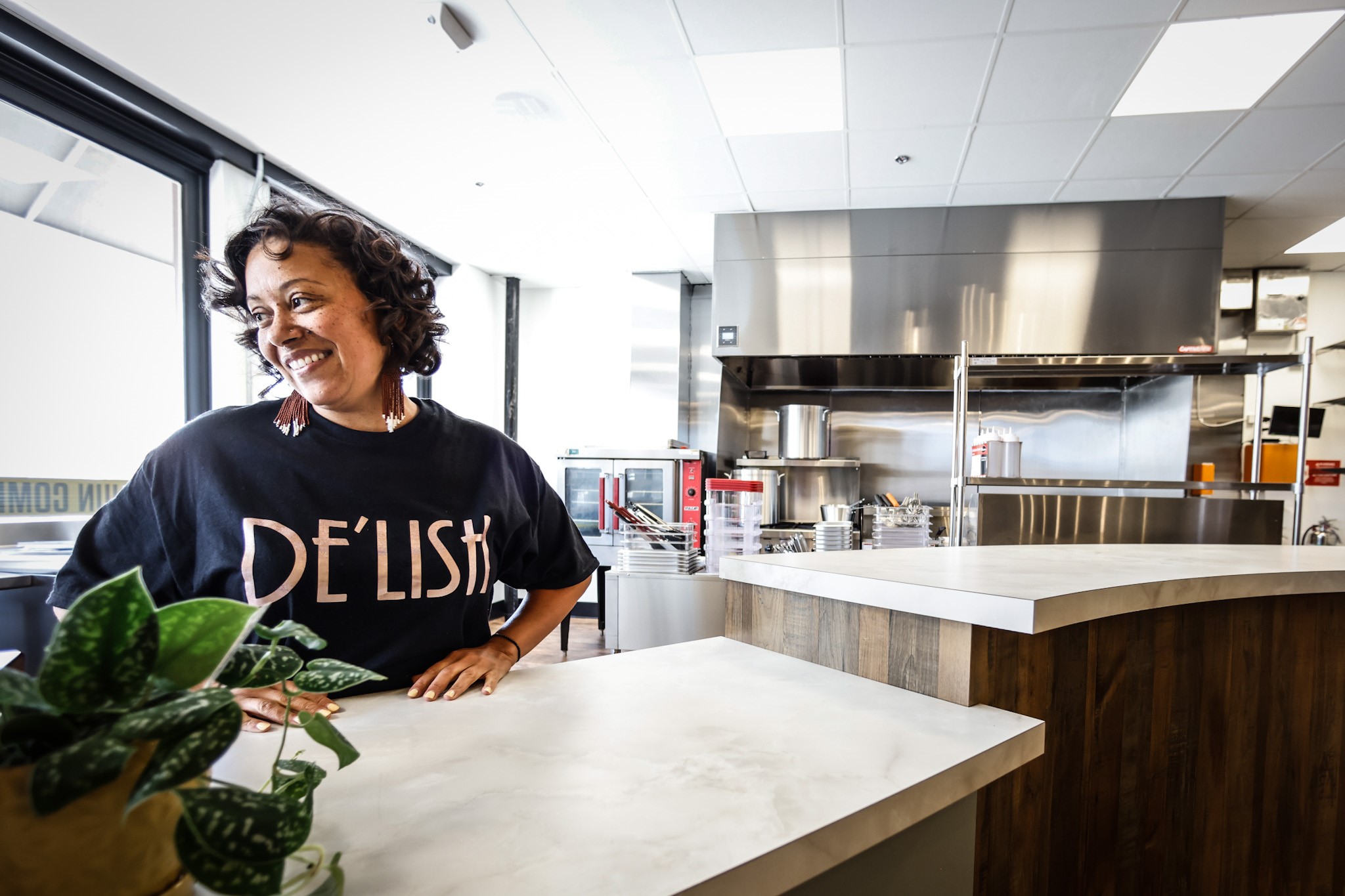 Jasmine Brown is the owner of De’Lish the home of Cajun, creole, comfort food inside West Social Tap and Table which will open July 25th in the Wright-Dunbar Neighborhood. JIM NOELKER/STAFF

Jasmine Brown, the owner of De’Lish said, “I feel really grounded here. I do feel that I make a difference here in this community because I am adding value not only by living here, but actually by having my business here. It’s just a really good feeling.”

“I can’t wait to serve everybody,” Bill Miller, owner of Grind House Coffee Co. said. “To open up something in West Dayton has always been a dream of mine.”

Customers will be able come into the food hall, sit down, scan a QR code and order drinks from the bar or coffee shop and food from the other tenants – all at the same time. Customers will receive a text when their food and drinks are ready and will never have to physically wait in a line if they don’t want to.

The food hall is expected to hold events with live music, food and drinks and additional vendors. Cheryl said they plan to collaborate with the local homeowners association (HOA) to make sure some of the profits from future events are going back into the neighborhood. 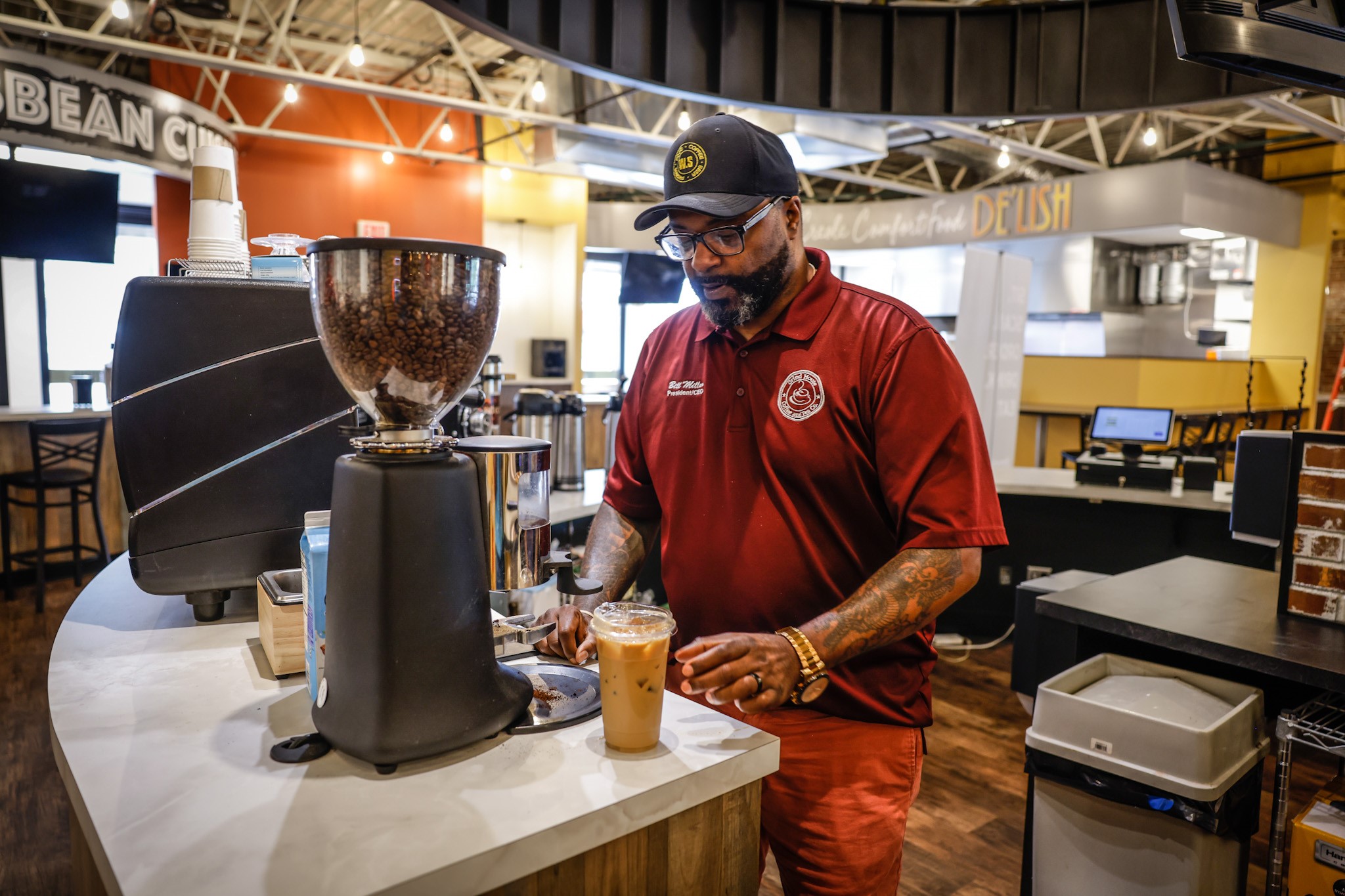 West Social Tap and Table is described as the next step of the revitalization process for the historic Wright-Dunbar District by community leaders.

“West Social helps to elevate the concept of West Third Street as a West Dayton Creative Corridor. Leveraging passion, vision, need, diversity, tenacity, and love with social entrepreneurship. This is another piece of the amenity puzzle that will support neighborhood growth and development in West Dayton,” John Gower, the president of Wright-Dunbar Inc., said

This project is the first phase in a planned series of opportunity zone investments within the city of Dayton, the press release said. Dillin and Clous Road Partners are renovating three additional buildings on Third Street in the Wright-Dunbar neighborhood.

Cheryl said they are working on stabilizing the buildings and creating a leasing plan. She did say they have had people interested in leasing the space for retail and other services. She explained that whatever ends up in the space will compliment the food hall.

“Although the food hall is a single building, the impact that it will have on the people involved will be enormous. Together with our tenants, we see the potential of the neighborhood and we are willing to invest to see it thrive.” Larry said. “It is always our goal to enrich the neighborhoods beyond the borders of our projects.”

“The W. Social Tap & Table represents what collaboration from private partnerships, government, for-profit, and non-profit organizations can look like! All the stars had to align for this project to happen! Again, I would like to thank our development partner, Dillin Corp., for investing in West Dayton. Together we are creating a vibrant and diverse Wright Dunbar Historic District,” Erica Hubler, the director of real estate for Wright Dunbar Inc said.

The vendors in the food hall will operate from 7 a.m. to 10 p.m. seven days a week with limited breakfast and a full lunch/dinner menu and drinks. Special menu items will be offered on occasion.

The grand opening on Monday will be celebrated with a ribbon cutting ceremony at 11 a.m. featuring Dayton Mayor Jeffrey Mims Jr. A Grand Opening Block Party is planned for Friday, August 5. The block party will feature live music and additional neighborhood food trucks.

– Taco Street Co. to open in Dayton food hall after closing in Beavercreek 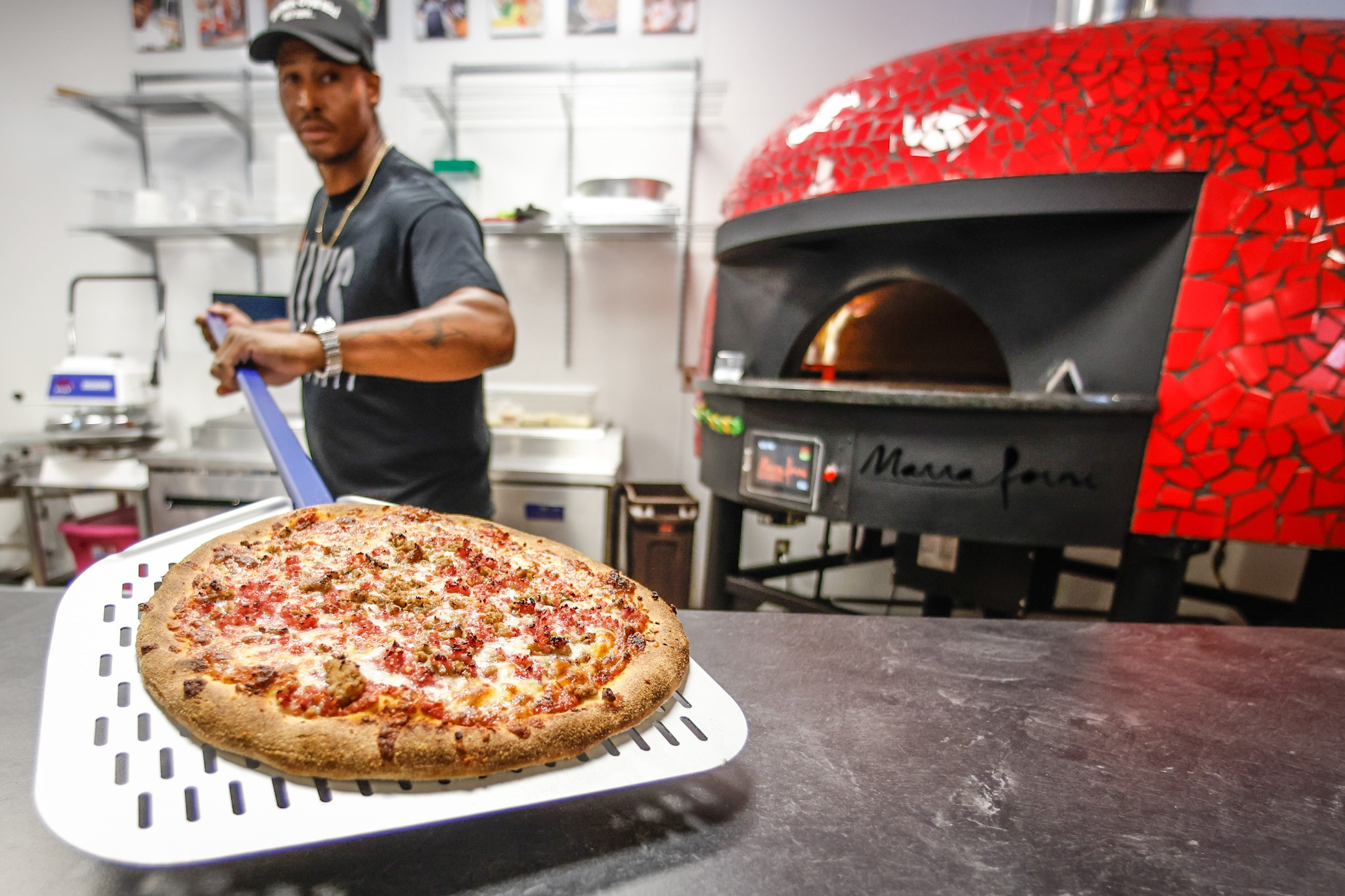 Fending for dinner: Readers from around the world share their tips

Thu Jul 21 , 2022
July 21, 2022 at 8:00 a.m. EDT (Illustrations by Katty Huertas/The Washington Post) Comment on this story Comment A couple of weeks ago, I wrote about the concept of fending for dinner, which can range from as low-effort as tipping the end of a bag of chips into your mouth […]