Either you love pickles or you’re a fucking weirdo.Florida State Fair

Don’t get logged out of your Instagram account because at least one of these openings is thirsty to get on your timeline. Especially the pickle pizza at Florida State Fair, which opens next Thursday.

And while we’re not surprised that Cake Drip fans have driven the South Tampa bakery concept to the kind of success that leads to the opening of a new location, there’s a nice portion of other openings and food news to be consumed below. Keep up with Alexandria and Stephanie in real time via cltampa.com/food.

Aussie Grill The Outback Steakhouse-inspired concept opened its fourth free-standing location in Brandon. The menu includes sandwiches, burgers, large plates, and chef-curated salads made to order. The restaurant is open for dine-in and online ordering, plus pickup or delivery via UberEats and DoorDash. 1426 W Brandon Blvd., Tampa. aussiegrill.com

Ybor City Vegan Deli The Dunedin Vegan Deli group with three other locations in Dunedin, Brandon and Sarasota has opened in Cigar City. Staff has been ironing out the kinks since an April Fool’s Day opening, but the menu includes freshly sliced “pourk” for Cuban sandwiches, pizza (whole pies and by the slice), breakfast sandwiches, deli meats by the pound, Phillies, burgers, and desserts. 1903 N 19th St., Ybor City. @yborcityvegandeli on Instagram

Main Course Open at the old Roux location in South Tampa’s St. Croix Plaza, armed forces vet Ashley Suttle aka “Chef Ai” has a new location for her restaurant and lounge. The menu has old faves like egg rolls and chicken & waffles with some new additions like “boujee biscuits”, sausage queso, and several decadent desserts like death by chocolate, an Oreo brownie cookie topped with vanilla ice cream. Bottled beers, wines, and cocktails are up for grabs, too. “The only difference is I had three separate menus in West Tampa but this time brunch is available everyday,” Suttle told CL. 4205 S MacDill Ave., Tampa. @maincoursetampa on Instagram

Southside Fresh Market South St. Petersburg is considered a food desert, where residents don’t have enough access to nutritional, healthy foods. But Judith Turner and Ramona Brayboy of Southside Fresh Market are changing that by bringing in fresh and locally-sourced foods to the Melrose-Mercy and Jordan Park neighborhoods. An online option is in the works, but until then, Southside Fresh Market is open every Sunday 11 a.m-5 p.m. 2184 9th Ave. S, St Petersburg. southsidefreshmarket.com

Cake Drip In a surprise to nobody, The Cake Drip in South Tampa’s Hyde Park Village is a hit. It’s where guests enjoy several DIY experiences like cake decorating, chocolate bars or their chocolate tasting flights. According to St. Pete Rising, the fun is making its way over to St. Pete’s EDGE District when the boutique opens a second location around early-June where boutique store Plain Jane previously resided. Owner Faronda Davis told the website that the new location will have “a brunch and lounge vibe” with a full bar. She said the location’s 9 a.m.-8 p.m. hours allow them to have more fun. 1104 Central Ave., St. Petersburg. thecakedrip.com

S Evers Street Downtown Plant City is proving that the neighborhood is more than just strawberries with a trio of concepts opening soon or opening now.

Florida State Fair announced its 2021 food lineup, and it’s the stuff of dreams and gastrointestinal nightmares, so we naturally ranked all the plates. You can read about Flamin’ Hot Cheeto funnel cake and more by finding this post on cltampa.co/magazine or just wait for next week’s physical edition where we’ll run the ranking in full on newsprint. April 22-May 2, Florida State Fairgrounds, 4800 US-301, Tampa. $5-$20. floridastatefair.com

Publix plans to open a ‘Pours’ craft beer bar in South Tampa Publix is tearing down a location, but has something better in store—a craft beer bar. Tampa Bay Business Journal pulled documents submitted to the City of Tampa and says the bar—complete with seating—is going to be called Pours. The bar is part of a new store planned following the demolition of the old location which was built in the ‘80s at the intersection of Gandy Boulevard and Himes Avenue. Other upgrades for the prototype Publix location include a specialty cheese section, mezzanine level lounge as well as a drive-thru pharmacy. Pours—which also features kombucha, acai bowls, and wine along with craft beer—is a feature at Publix’s GreenWise stores, but would be a deviation from the norm for other Publix locations. There is no timeline on the demolition at 3615 W. Gandy Blvd.

Support local journalism in these crazy days. Our small but mighty team is working tirelessly to bring you up to the minute news on how Coronavirus is affecting Tampa and surrounding areas. Please consider making a one time or monthly donation to help support our staff. Every little bit helps.

Want to know everything going on with Tampa Bay’s food and drink scene? Sign up for our Bites newsletter.

Fri Apr 23 , 2021
ORLANDO, Fla. – Chef Mike Collantes is bullish on Orlando’s food scene. “Everyone says ‘Orlando food is on the rise,’ well I tell him that ‘No, it’s here.’” He is a Central Florida native, growing up in Winter Park and Orlando. He got his first taste of culinary work when […] 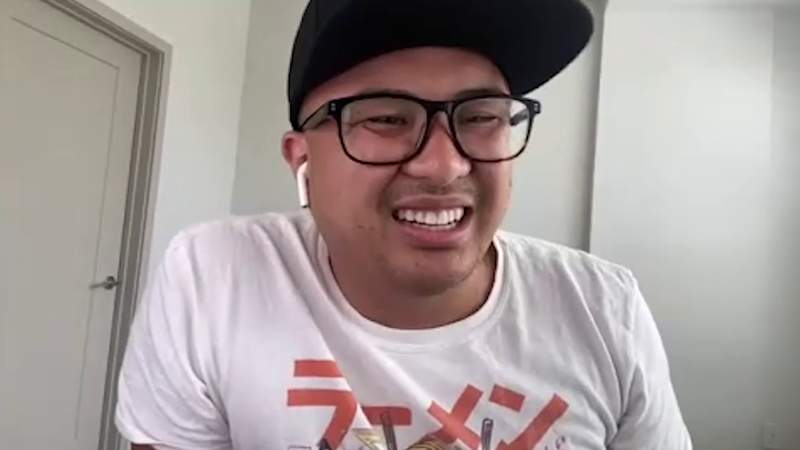