A community-led group will be highlighting the culinary diversity of the area mid-September with a guided takeout restaurant crawl – with some of the proceeds to benefit a local food pantry.

Participants will sample the culinary offerings of the Jackson Heights neighborhood on a tour that spans less than a single mile.

The restaurant crawl, the second offered by Homecoming — a newly-formed organization consisting of first and second generation immigrants passionate about food and bringing the community together — will take place on Sunday, Sept. 19, with one-hour tours being offered from noon to 5 p.m.

The dishes being offered include Indian, Burmese, Pakistani, Bengali and Colombian cuisine, with a vegetarian crawl being offered for the first time.

Bryan Lozano, one of Homecoming’s founders, says the restaurant choices were inspired by feedback from the community as well as Queens-based food writer Joe DiStefano.

Lozano points out that Jackson Heights is home to a significant number of restaurant workers, and that partnering with local restaurants is one way to show these workers their support.

“While these restaurants represent only a portion of the incredible array of culinary options in Jackson Heights, we believe they embody the spirit of community and cuisines this neighborhood has to offer,” said Lozano. 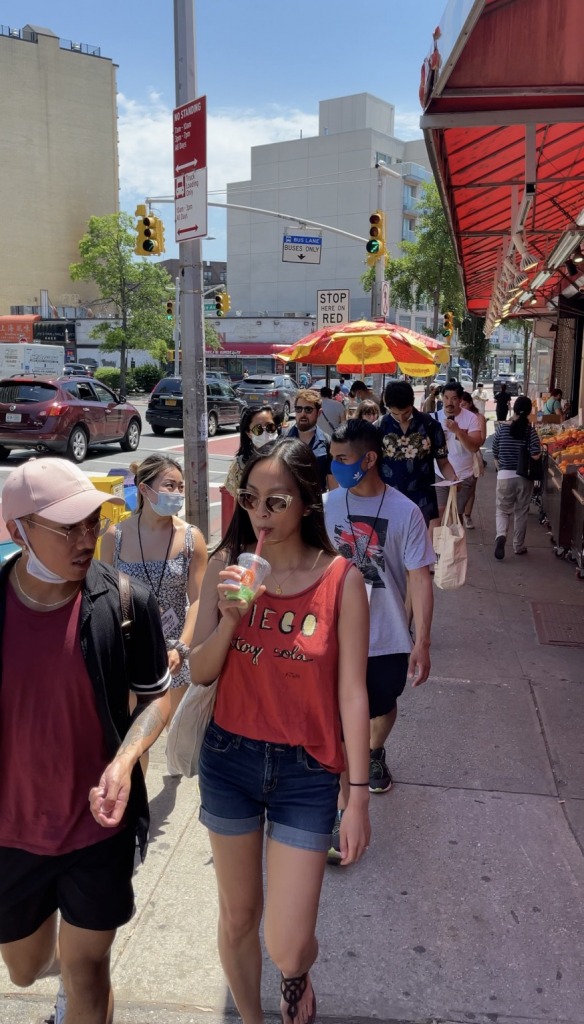 The tour begins at the Nepali restaurant Himalayan Yak with beef or vegetable Momos.

It will then be followed by a stop at the Burmese establishment Yun Cafe & Asian Mart for Mohinga, a rice noodle and fish soup, or the tea leaf soup option.

The next stop will be Al Naimat Sweets & Restaurant for some assorted Pakistani sweets, followed by a stop at the Tong food truck to try the popular Bangladeshi street food fuchka.

The crawl will then end at the Arepa Lady, where participants can try the Colombian cornmeal cakes for which the establishment is named for.

The meeting spot for the tour is still to be determined, but Lozano expects it’ll be near Himalayan Yak.

Homecoming hosted its first restaurant crawl on June 5 in Elmhurst, the neighborhood where Lozano grew up in after immigrating from the Philippines at age 3.

A total of 145 people participated in that event. The tickets went for $60, with $15 of the proceeds benefiting the New Life food pantry.

Tickets for the upcoming Jackson Heights crawl cost $65, with $16 going to the Community Centers Services Organization Corp., a Jackson Heights-based organization that distributes groceries every Monday at Travers Park.

Each hourly tour is capped at 25 people, and the only remaining slots are between 4 p.m. and 5 p.m. For the vegetarian crawl, the 1 p.m. and 3 p.m. time blocks are sold out, and only the 2 p.m. slot still has available tickets.

The afternoon will be capped with a free public classical music concert presented by Music for Food, an organization where musicians volunteer their time to raise money for food pantries. The concert is likely to take place at or near the open streets on 34th Avenue.

Tickets to the Jackson Heights Restaurant Takeout Food Crawl can be purchased here. The public is also able to make a direct donation to the pantry by clicking here.

Wed Sep 1 , 2021
Almost half of the new trade issues discussed in a WTO committee in 2020 mentioned food safety, according to a report on the meeting. Of the 36 new specific trade concerns (STCs) raised in the World Trade Organization’s (WTO) Sanitary and Phytosanitary (SPS) Committee, 16 referred to food safety measures. […]