The problem with Tom Colicchio’s new restaurant, Vallata, isn’t the cooking, most of which is very good and some of which is wonderful. All of it is Italian, in a rustic trattoria style based on ingredients plucked from the Union Square Greenmarket, a few blocks from Vallata’s location on East 19th Street. “Colicchio cooks Italian” may not be a revolutionary idea, but at least it’s a coherent one that hasn’t been tried before.

The trouble is that the food raises expectations for the rest of the experience that Mr. Colicchio doesn’t follow through on, or even seems aware of. The cooking puts Vallata in direct competition with Via Carota, Lilia, Misi, Vic’s and Il Buco Alimentari e Vineria, for starters. Each of those places has an atmosphere that is calibrated to pull you into one vision of European casual dining or another, from the architect-designed farmhouse look of Misi to the “Antiques Roadshow” clutter of Via Carota.

After opening in April as a temporary pop-up, Vallata is getting permanent status, Mr. Colicchio said in a phone call on Monday. It hasn’t been given an atmosphere of its own, though. The dining room, next door to Mr. Colicchio’s flagship, Craft, is an awkward pastiche of bland, vaguely corporate design and odd decorative hand-me-downs that have served time in other Colicchio restaurants.

The standard cliché about restaurants in the rustic-Italian genre, immortalized in dozens of Zagat blurbs, is that eating there is like a trip to Italy without the airfare. Vallata manages to turn the cliché on its head: You don’t believe for a second that you’ve left New York, but you do start to think the restaurant itself could use a vacation.

Mr. Colicchio may well think Vallata’s cooking is strong enough to get by on its own charms. He wouldn’t be far off. He and his cooks have been buying from farmers at Union Square since the 1990s, and the food he’s best known for has always been deeply informed by the minimalist strain in Italian cooking. At Craft in particular, he leaned on Italian cooking and steakhouse tropes to break away from the French nouvelle cuisine model of sauced and garnished plates that had been the default style in ambitious American restaurants since the 1980s.

And so it is no surprise to get a bowlful of Romano beans at Vallata that have been braised and then dressed with a pulp of ripe, warmed tomatoes. What you don’t quite expect, though, is just how supple the beans are — not crunchy or mushy, but almost as silky as fresh pasta, and just as good at carrying the sauce.

Young, just-budding artichokes are mandolined into shavings not much thicker than the wings of a dragonfly. They sit in lemon juice, fresh mint and more than a pinch of dried chile flakes until they lose their squeak but not their crunch. There are only a few weeks a year when you can find artichokes worth eating this way, and only a few restaurants that wait for those weeks to roll around. It’s a gift to have a new one in town.

The salad of summer squash cut into thin belts and dressed with a deeply aromatic strain of basil evokes summer every bit as intensely, though in a quieter way. You can follow that dish with another tribute to basil: the long, dangling strands of strozzapreti thickly dressed with pesto, and not experience any monotony at all.

Cacio e pepe had been cooked a little too long the night I tried it. But the hand-rolled cavatelli were perfectly firm for clinging to the tangy braise of shredded oxtails with raisins and a bittersweet undertow of cocoa.

As at Craft, dishes are served family-style, at least in the way that restaurants define that term. Most real families would want more than three meatballs for the table. But at Vallata, each is about the size of a baseball. Made with veal and ricotta, they are the color of ivory on the inside. These admirably tender cheese-and-meat dumplings sit in enough tomato gravy that I found myself using both slices of grilled sourdough to soak it up, and then wishing I hadn’t eaten the entire piece of focaccia the minute it arrived.

More grilled bread is served alongside the chicken braised with red peppers and tomatoes. It looks watery, but with one taste you realize that the “water” is the result of trapping all the flavors of chicken and vegetables in the pan. It’s an astonishing dish.

There may be too much fight left in the thicket of broccoli rabe that dominates a plate of skinny lamb sausages. But most of the menu is good enough to make you wish that as much effort had been put into other aspects of the restaurant.

You start to wonder how committed Mr. Colicchio is to the idea before you walk through the door. The name Vallata hangs in the window, but it’s less visible than the Craft Private Dining sign. Two guests who were trying to meet me at Vallata were so confused they walked two doors down into Craft, to ask directions.

Mr. Colicchio renovated the private dining area shortly before Covid arrived. In the age of the pandemic pivot, nobody will fault him for turning it into a restaurant when the private-dining business evaporated. But so far, he hasn’t given Vallata a personality of its own. The cooks, led by Bryan Hunt, who runs culinary operations for Mr. Colicchio’s restaurant group, stand side by side facing the dining room. They look like contestants on a game show set in the breakfast-buffet area of an upscale chain hotel.

The only touch that evokes a trattoria is the brown butcher-paper on the tables. The walls are hung with three paintings of cows that were recently relocated from one of Mr. Colicchio’s Las Vegas restaurants. If you are hoping the music will set the mood, forget it. The playlist shambles from Paul Simon to Billy Joel to Echo and the Bunnymen to David Bowie. It’s as if Mr. Colicchio had brought in a mix tape he found inside an old Walkman in his basement.

An Italian restaurant overseen by Tom Colicchio deserves its own playlist. It deserves a room of its own, too. You want to believe he’s excited about the project. But there’s little sign of that, so instead you wonder if maybe you shouldn’t go eat at another restaurant where the cooking follows roughly the same lines and the people in charge seem to be, you know, into it.

What the Stars Mean Because of the pandemic, restaurants are not being given star ratings.

Innovate in the kitchen with these easy Asian cuisine recipes

Sun Aug 29 , 2021
It’s that time of the year again when kids are going back to school! Just because your home will be emptier during the day doesn’t mean you have more free time, though. If anything, your life as a parent gets a lot busier when the school year starts. Between taking […] 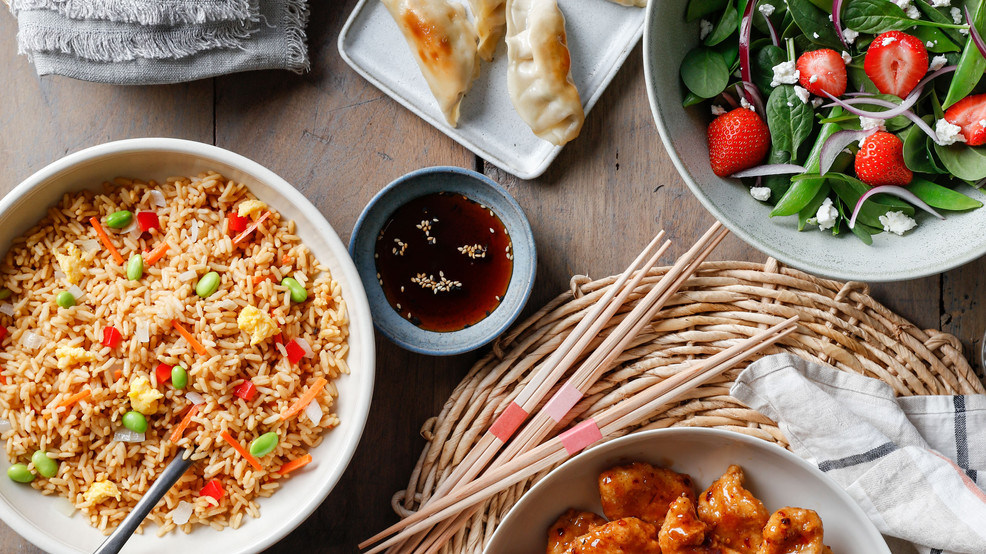