Beautifully framed by both foothills and grassland, Calgary is one of my favourite prairie cities. Not only does the landscape captivate me, the ever-expanding food scene has long been recognized as having some of the top restaurants in Canada. And, not much happens in Calgary’s culinary world without hearing the respected name of Chef Duncan Ly.

Ly’s culinary adventure started more than 20 years ago at the charming Wickaninnish Inn in Tofino, B.C., where he began as a dishwasher, anxious to make money to support his passion for surfing. However, being constantly surrounded by the inviting aroma of west coast chowder while watching the chefs create edible works of art, Ly realized that while he loved riding the waves, his true passion was quickly turning to working with food.

Looking back, it was the perfect starting point because the Wickaninnish Inn’s philosophy was to use local resources and create from scratch. Ly foraged for mushrooms and edible flowers long before foraging was trendy. However, the values to support local and create original food remain deeply instilled in him — beliefs he faithfully follows today.

After leaving Tofino, Ly worked alongside several of the country’s most respected chefs in some of Western Canada’s most revered kitchens, including Vancouver’s Diva, Calgary’s Catch and the Hotel Arts. To add to his culinary growth and challenge his naturally competitive spirit, Ly successfully competed in numerous culinary competitions ranging from the Food Network’s Iron Chef Canada to winning medals for six consecutive years at Canada’s Gold Medal Plates, and serving as the apprentice for Andrew Springette when they competed to win the right to represent Canada in France for the Bocuse D’or, one of the top international culinary competitions held in France.

While he enjoyed working in various kitchens, his ultimate goal was to open his own restaurant in downtown Calgary and, in 2017 he did.

Although Ly graduated from culinary school in Vancouver, where he was classically trained, his desire was to provide culinary experiences that shared flavours he was raised on, which have a blend of Vietnamese and Chinese, with a touch of Canadian. Hence, the name Foreign Concept was born.

Duncan Ly got his start as a surfer washing dishes in a restaurant in Tofino, B.C. | Supplied photo

To add a double meaning to the name, Ly takes what would be typical Asian offerings and substitutes many local ingredients.

One of the restaurant’s most popular menu items is the Cha Ca La Vong, which translates to fried white fish. Traditionally, tilapia, hake, basa or even catfish is used. However, Foreign Concept uses Alberta steelhead trout, giving guests a taste of Asian cuisine with a local twist.

When making sweet and sour soup, instead of using tamarind, they use locally grown rhubarb. Similarly, when pineapple is called for in various recipes, Ly again reaches for rhubarb for a tasty local substitute with a Canadian touch.

The unique approach to the menu is complemented by a warm, yet modern, atmosphere. Foreign Concept is located in the Calgary’s trendy Beltline area where Duncan has created an ambience that has touches of an Asian persona while still feeling Canadian. Asian food has been around for centuries but Foreign Concept is modernizing it.

When you walk into the street-front restaurant, you are greeted by two large murals created by three local artists. The soft, calming green hues lend a peaceful feeling with delicately painted trees, rose hip bushes, birds and butterflies.

The tables were made by a local craftsman and were designed with sleek angular metal legs giving a smidgen of an Asian feel. The tabletops have more of a western look made from traditional solid oak. As you relax in chairs having curved backs with a basket weave inset, your food is served on custom, handmade pottery from an artisan based in Vancouver’s Granville Island, who used Alberta clay.

On one wall is a unique and extensive selection of Chinese wooden mooncake moulds. Traditionally used at the Mooncake Festival, which is the second most important holiday after Chinese New Year, the moulds symbolize growth, fulfilment and new beginnings. While not family heirlooms, Ly stumbled across the moulds at a local Chinese import antique store and knew they would add meaning and interest to his restaurant.

Green mango and papaya slaw is one of the dishes that can be found at Foreign Concept. | Supplied photo

If you look closely, Ly tells me, you will find traces of flour carefully hiding in the crevasses of some of the moulds. Ahhh, the stories they would tell.

When asked what two of the most popular menu items are at Foreign Concept, Ly mentioned the Cha Ca La Vong with steelhead trout, and the Char Sui Pork Belly steam bun. While the menu changes now and then, those two customer favour-ites are a constant.

Pork belly is one of my personal favourite dishes. I know when travel is acceptable again and I am able to experience the unique blend of flavours in his many offerings, Char Sui Pork Belly steam bun will be top of my list.

The pork belly is marinated overnight in a blend of hoisin, oyster and soya sauces with a healthy dose of cumin and cloves. Then, it is braised for three to four hours until it is tender and served with foie gras parfait, cucumbers, pickled cabbage, Asian pear and Thai basil.

As your eyes wander over the menu, you may also be drawn to the Squid Ink Spaghetti with chili prawns, clams and charred octopus in a slightly sweet panang curry emulsion, or perhaps the Chargrilled Soya Beef Short Ribs accompanied by flavourful braised carrots, king oyster mushrooms, scallion pomme puree and topped with star anise jus. When contemplating which desert to experience, why stop at just one? I would have to try the Yuzu Cheesecake with mango compote and the Chocolate Haupia Cream pie topped with sour cherry compote.

Ly is very committed to using seasonal and local ingredients. Selecting and supporting local farmers and ranchers are tasks he happily takes upon himself. He is a regular at the local farmers market, where he carefully hand selects his grocery items. Over the years, he has developed a respectful relationship with a growing number of farmers and ranchers who he relies upon to help ensure his fridge is well-stocked with the highest of quality ingredients.

I would add that Ly has a naturally competitive spirit and determination to fulfill his vision of creating a unique fusion menu celebrating three cultures.

My taste buds are jumping just thinking about a future meal at Foreign Concept.

Mon Apr 12 , 2021
On March 31, the Boston City Council passed a law that will allow home cooks to make and sell food from their own residential kitchens. The law goes into effect at the end of April. Before you start firing up the oven and making lasagna in bulk, here’s what you […] 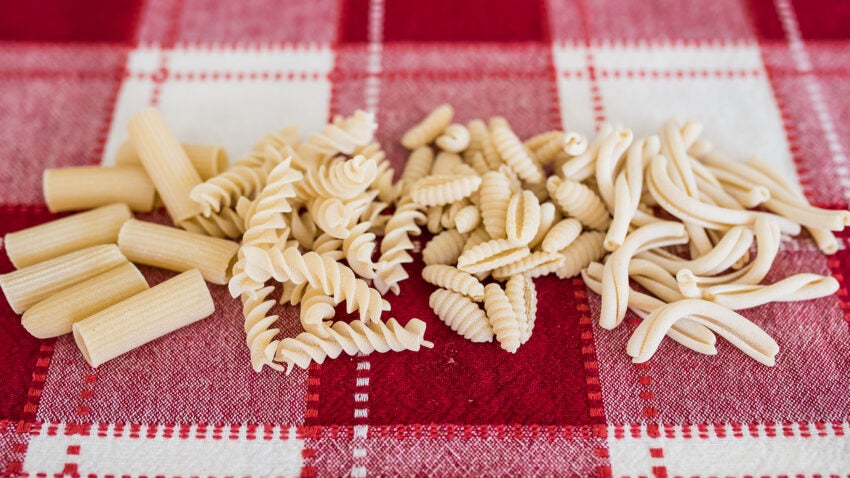