Secret Birria, a taco spot which opened in November in Uptown, isn’t on a main drag. You have to know it’s there, because it would be easy to pass right by the storefront windows looking in on a kitchen and service counter. Secret Birria offers counter service and outside seating in the adjacent driveway, with food delivered through a side window.

The compact menu hangs its hat on birria tacos, the now-trending traditional tacos that are typically made with slow-stewed beef, simmered with guajillo and ancho chiles into an oily, fragrant pool of flavorful shredded meat. Super popular in cities including Los Angeles, San Antonio and Houston, birria tacos have been blowing up on social media. A quick check on Instagram has more than 244,000 #birria posts, with 115,000 birria-based videos running rampant on TikTok.

Yes, they are that good. Super juicy, a scoop of the chili-infused meat is griddled with plenty of cheese in between corn tortillas, and they are served with a bowl of broth for dipping. There are many versions of the specialty, which hails from Jalisco, in western Mexico. The family-style stew is made with beef, goat or lamb. They have been popularized locally at places like chef Will Avelar’s Mawi Tortillas.

Alex Caluda manages Secret Birria, whose owner prefers to stay out of the spotlight — though the building is owned by Darryl Reginelli, the local restaurateur who founded Reginelli’s Pizzeria in 1996. According to Caluda, the owner fell in love with birria tacos in Mexico, and with a help of a friend there, came up with the idea of having his own birria taco joint in New Orleans.

“The people behind this like the idea of a secret masked luchador (wrestler) being the restaurant’s face,” Caluda says. One of the trademark wrestling masks is on the counter where walk-in customers place their orders.

Caluda wasn’t familiar with birria tacos before he opened the restaurant, but he’s learned fast.

“We use Angus chuck beef and marinate it overnight in a base of fresh peppers and seasoning,” he says. “The next day we cook it for at least five hours, which makes it so flavorful.”

Tacos are grilled in flour, not corn tortillas, filled with the shredded beef mix, onion and cilantro. Tacos are available in trios for $12, or solo for $4. A “birriarito” is a burrito made with birria beef, rice, beans, pepper sauce, white queso, fresh onion and cilantro, and dipping sauce is served on the side.

Birria ramen is another specialty, and it is exactly what it sounds like: a soupy bowl of ramen noodles swimming in the birria jus with meat, onion and cilantro for $8.75 a bowl. It’s reminiscent of yakamein but not as spicy.

PoLa New Orleans is at Broad Street Cider every Friday and offers precooked, packaged meals on the second and fourth Sunday of the month.

If beef isn’t your thing, there are a few other options. A chicken burrito is made with shredded chicken, rice, beans and slaw tossed with salsa negra, shredded mozzarella, fresh onion and cilantro. The fried fish tacos are stellar. Crispy battered Gulf fish — usually sheepshead, which comes in fresh most days — is garnished with shredded cabbage, drizzled with chipotle relish and served on a flour tortilla. House-fried Cajun cracklings are served with queso for dipping. Sides include queso, roasted shishito peppers and rice and beans.

The restaurant doesn’t have a liquor license or a plan to get one. Instead, the options are strawberry-, pineapple- and orange-flavored Fantas and Mexican Cokes made with Mexican cane sugar.

Secret Birria is a casual neighborhood place, with a bench out front for customers waiting for take-out orders and a smattering of outside tables on the side of the building.

Rosalita’s Backyard Tacos may be the only taco joint named for an alley.

For 40 years Gambit has reported on the city we love, connected you to New Orleans, and covered the issues that matter to New Orleanians—all for free.
We need YOUR help to keep doing it.
Become a Gambit Member and join our krewe today.

Texas Mexican restaurant is requiring people to keep wearing masks. Some are threatening to call ICE on the staff

Thu Mar 11 , 2021
A co-owner of Arnaldo Richards’ Picos Restaurant told CNN that while the majority of customers have been supportive, a couple of social media posts have been “hurtful” to him and his family. One of the posts on social media, which was provided to CNN and has since been deleted, had […] 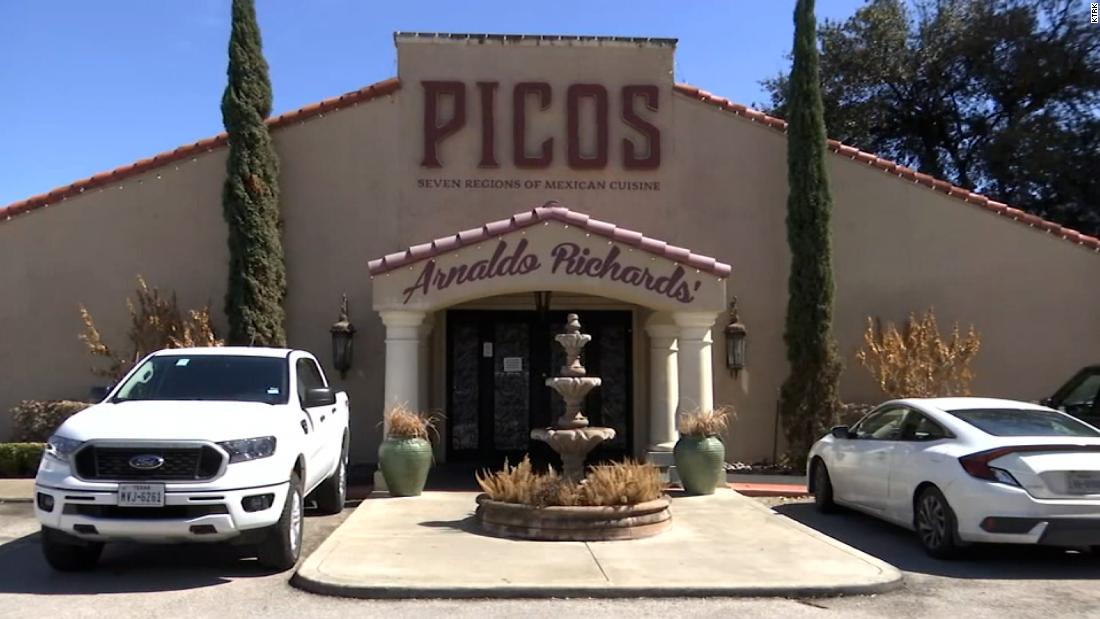