A Texas security guard is going viral after being caught on camera unleashing a series of martial arts moves against a man and a woman at a Mexican restaurant.

The long-haired guard — who appeared to be armed and wearing a protective vest — was filmed Sunday throwing a series of right hands at a man who backed away, and adding a Muay Thai-style kick to the body for good measure.

A blond woman tried to intervene in the Dallas fracas, stepping forward to hit the guard with her phone in her hand — just to get punched in the face in return, the video shows.

After a pause as another man tries to step in the way, the guard runs out the door after the initial man who had been kicked and punched.

The video, uploaded to Twitter on Monday afternoon, had been viewed more than 3 million times by Thursday morning.

Saul Zapata, who filmed the fight, told Storyful that more punches had been thrown before he pressed record.

He also tweeted that the guard was trying to throw out a “hammered” man — just for a woman with him to start “swinging on security about 3 times before I started recording.”

Dallas police told Storyful that a man was issued a citation for public intoxication and given a criminal trespass warning. There were no reports of warning for the guard, who was not identified.

The El Pulpo Restaurant in Dallas did not immediately respond to requests for comment, Storyful said.

Sun May 16 , 2021
During the pandemic, Andrea Xu foud a new way to tap into her Asian heritage and help connect consumers to the flavors, ingredients and dishes that are deeply rooted in her culture’s cuisine. The young entrepreneur spoke to “Good Morning America” about how her unique culinary experience growing up to […] 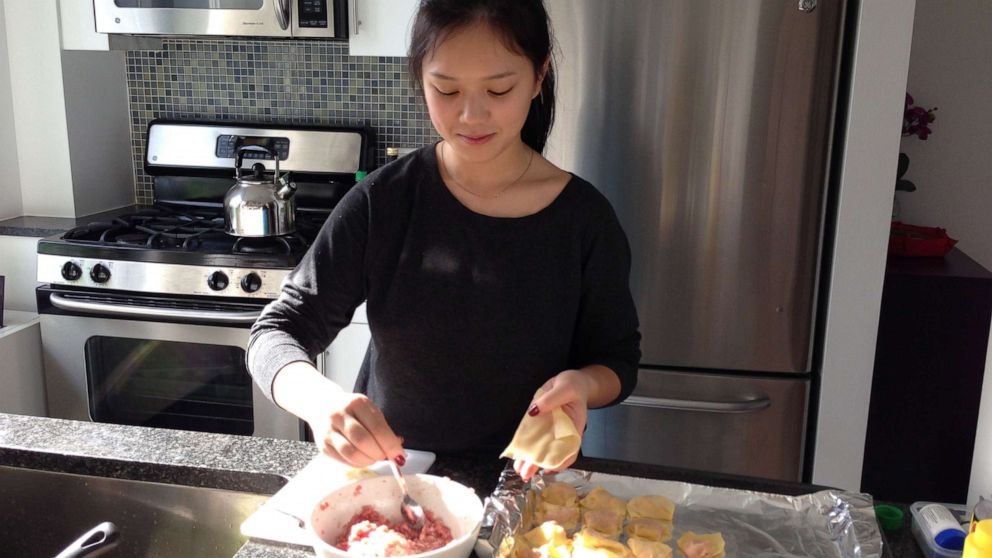