“Top Chef” contestant Shota Nakajima opened Taku on Capitol Hill in early May, though this is technically a reboot. Taku, originally conceived as a street food, meat-skewer concept, debuted in 2020 just before the pandemic hit and closed shortly after as a safety precaution. Nakajima has pivoted with a fast-casual, karaage-chicken-inspired concept. You can order five pieces or a bucket of Japanese chicken. Or get the fried chicken as a sandwich or in a rice bowl. This is Seattle, so of course there are teriyaki dipping sauces offered with that bird.

For vegans, Cycle Dogs has found a permanent home in Ballard, doing fast-food takes on chicken sandwiches, burgers and hot dogs. Cycle Dogs was a cart then upgraded to a food truck and now, after a successful fundraiser, takes over the former space of No Bones Beach Club. With a bigger kitchen to work with, Cycle Dogs will expand its menu with mac and cheese and other vegan comfort food.

Carmelo’s Tacos, which was a surprise hit when it debuted in 2018 in a walk-up window on Capitol Hill, has opened a second, bigger location across from Seattle University. This Mexican restaurant offers a larger menu for students, including tortas and the trendy braised beef birria tacos with consommé. The best tacos though are the campechano (chorizo, steak and potatoes) and for the vegans, the medley of mushroom, guajillo chile and garlic. Capitol Hill also gets a new food truck, Antojitos Jalisco, parked at 324 Broadway E. In North Seattle, the wildly popular Taqueria La Fondita of White Center has added an outpost at the corner of Aurora Avenue North and North 90th Street.

Bombay Burger opens near the corner of East Madison Street and 15th Avenue, with chicken, lamb and beef burgers seasoned in Indian spices along with nonmeat patties including paneer cheese and potato. Fries come with masala and chutney. West of that burger fusion sits Flight Wine + Chocolate.

Finch & Pine now serves weekend brunch in the old Cafe Barjot space. The Capitol Hill cafe does tartines from mushroom pâté to maple smoked salmon, along with fresh muffins and other baked goods for breakfast or lunch.

Dantini, the popular pizza pop-up my colleague Jackie Varriano raved about in her pizza roundup, has found a permanent home inside Batch 206 Distillery. You could also take your pizza next door to the acclaimed Holy Mountain Brewing for a cold one. A mile south of Dantini is MEDOR Restaurant & Bar in the former Boat Street Cafe space, doing Moldovan and other Eastern European comfort food such as pork stuffed cabbage rolls and dumplings.

One of the hot openings this spring, Saint Bread debuted in Portage Bay, from Yasuaki Saito, one of the owners of London Plane. This popular bakery does traditional and fusions of French, Japanese and Scandinavian pastries. Avoid Fridays for now if you don’t want to deal with lines. On a recent morning, Saito had eight bakers and helpers cranking out melonpan steamed egg sandwiches, smoked trout toast and sandwiches to keep up with rush. Currently operating only Tuesdays-Fridays, this bakery will also open on Saturdays and Mondays in June. The bakery only offers toast and sandwiches for now but hopes to start selling loafs of sourdough and other bread sometime this summer.

The owner of Blarney Stone Pub across from Pike Place Market, Martha Fletcher, has opened another Irish pub — Cairde Public House near Climate Pledge Arena, where the Seattle Kraken will play in October. She aims for the pre- and postgame crowd with a 129-seat bar that boasts 14 televisions and one projector along with 28 seats outside.

Magnolia gets Slice Box Pizza, which in addition to pepperoni and other pie staples, also features an extensive lineup of vegetarian pizzas.

Another pad thai and curry takeout option comes to Ballard with the arrival of Koo Hoo Thai Street. Also, Isarn Thai Soul Kitchen, with branches in Lynnwood and Kirkland, expands to Ravenna. In the University District, Yang Guo Fu Mala Tang brings hot pot and noodles to the Ave. And near the Amazon campus you can build your own bento box at Bentoful with teriyaki, bulgogi and other rice dishes.

On the ghost kitchen front, L.A.-based Krispy Rice is available for delivery around Seattle on the app Citizens Go. Psst. The same group overseeing this setup will also bring Umami Burger to Seattle by the end of the year.

For the sweet tooth: Thibault Beaugendre who works at Amazon in customer service has recruited a friend who was a baker in France and England to help him run a ghost kitchen called The French Guys. Instead of relying on a third-party delivery service, Beaugendre bought a truck and will deliver (within a 25-mile radius of downtown) croissants, Kouign-amann and baguettes. The French Guys will also sell their bread at farmers markets in Renton and Queen Anne.

Bell’s Cookie Co. now has a shop in Green Lake with a dozen different cookies, from snickerdoodles to souped-up varieties like “The Bells,” with toffee, potato chips, chocolate chips and pecans.

Moonrise Bakery on Upper Queen Anne offers croissants and other flaky pastries. The shop also has a natural-wine list curated from the excellent people behind the hip wine bars Vif and Petite Soif.

On the coffee front: Boon Boona Coffee in Renton has expanded near Capitol Hill, specializing in beans from Rwanda, Burundi, Kenya, Ethiopia, Uganda and other African countries, with an emphasis on “supporting woman-owned growers,” said owner Efrem Fesaha. Located next to Carmelo’s Tacos, Boon Boona plans to host poetry nights, musicians and pop-ups, and to showcase local artists’ work on the walls.

In the Central District, Melo Café offers coffee and Somali chai, and for snacks, they have empanadas from Rapa Nui Foods and Japanese stuffed bread bites from Umami Kushi.

Lassi & Spice, the Indian café in South Lake Union, has expanded to Wallingford, serving chai and lassi and small bites such as samosas and the savory doughnut vada.

Mon May 24 , 2021
Fictional characters’ resemblances to actual people aren’t always purely coincidental, of course. The it’s-all-made-up disclaimer before Page 1 is a legal shield, not a barrier that keeps authors from writing what they know. And popular novelist Stephen Mack Jones of Farmington Hills certainly knows a real-life Detroit billionaire […] 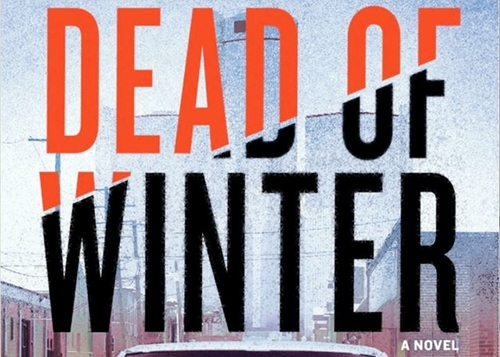