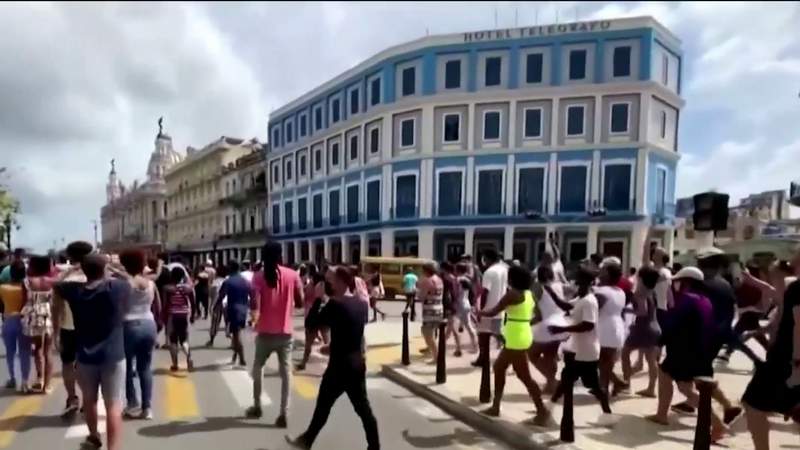 ORLANDO, Fla. – The hashtag SOSCuba has gone viral since Cuban people on the island raised their voices demanding freedom from communism and expressing their frustration over a shortage of food and medicine.

“The hashtag SOSCuba was something that was created among the youth within Cuba,” Chantelle Pérez, the daughter of a Cuban exile said.

The popular hashtag was first known in the small town of Matanzas, just east of Havana. Pérez said it was an