Asia-Pacific could face higher prices of grains and meat after Russia suspended a U.N.-brokered deal that had allowed safe grain shipments out of the Black Sea.

Over the weekend, the Russian foreign ministry said it “can no longer guarantee the safety of civilian dry cargo ships participating in the Black Sea Grain Initiative and will suspend its implementation from today for an indefinite period.” This followed an Ukrainian attack on its fleet in Sevastopol.

Meat production and consumption are key in Asia and for many Asian countries, grains such as wheat, corn, and soybeans are needed for animal feed to

British farmers have warned that the country’s hot and dry conditions will inevitably lead to smaller harvests this year.

In a typical year, Rodger Hobson can expect to produce around 35,000 tons of carrots on his 880-acre farm in Yorkshire in northern England. But 2022 has been anything but typical.

As an extreme heatwave and subsequent drought have wreaked havoc on European agricultural cycles, large swathes of Hobson’s crop have blackened and died. He now expects a 30% shortfall in yields this year.

“I’ve been farming crops for 30 years

Cue the collective gasp of chefs, bakers and foodies: Food prices are up considerably — but none more so than for butter and margarine.

Prices for these ingredients and spreads jumped 32% in September versus a year ago, the most among all grocery categories, according to consumer price index data issued Thursday.

Specifically, margarine prices popped by 44% and butter rose nearly 27% — substantially more than the 13% annual increase for the overarching “food at home” category, according to the CPI, a key inflation measure.

And those prices may well 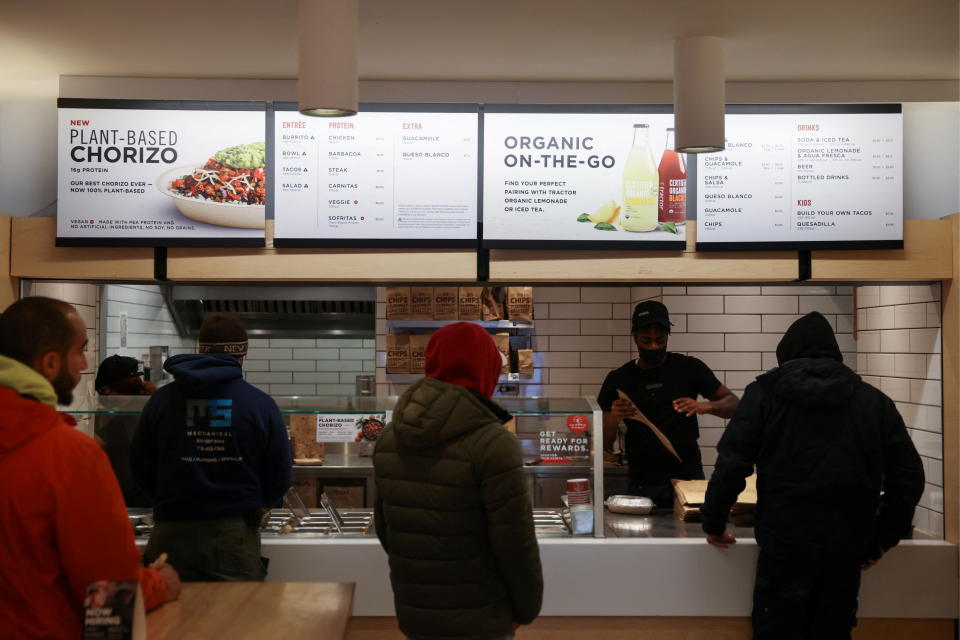 Chipotle CEO Brian Niccol says California governor Gavin Newsom’s proposed changes to the minimum wage could cause the restaurant chain to rethink its presence in the state.

“We pay well beyond $15 an hour in California. So there there is legislation that has the potential to take the hourly wage up to $21, $22 an hour that will put organizations in a place where prices probably have to rise. It’s unfortunate because it also impacts the economic model, and that could impact how many restaurants we open in the future in a state like California which is a shame,” Niccol

Some of Europe’s largest pension funds are investing billions of euros in volatile commodity markets, risking the hard-earned income of millions of workers while fuelling a global hunger crisis caused in part by such investments, a new investigation has found.

The findings also raise questions over whether the European Union’s continued drive to deregulate its financial markets will worsen the situation in the future. The rules governing the bloc’s capital markets are currently under review.

John Savage and his wife don’t go out to eat much anymore. The cost of a meal in the San Francisco area has soared, he says — even if prices haven’t.

It’s not that Savage is bad at math. A few months ago he took to Twitter