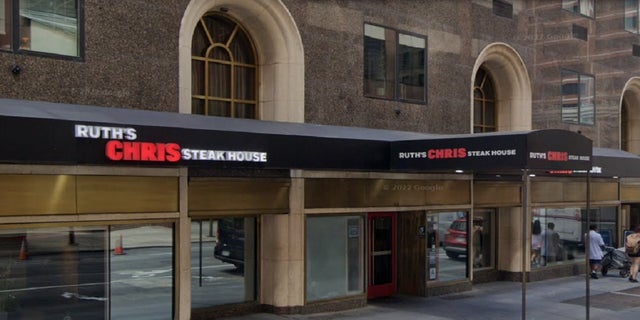 A diner at a New York City Ruth’s Chris Steak House grew so irate over another customer’s spat with a restaurant worker that she stabbed the patron in the back before ditching the restaurant, police said Saturday.

Chaos unfolded at the Ruth’s Chris Steak House on West 51st Street in Manhattan around 10:15 p.m. Friday, after a 24-year-old diner and a worker began arguing, the New York Police Department (NYPD) said.

Two women eating nearby “became irate about the disturbance” – so much so that one of the women used a steak knife to stab the 24-year-old in the back,