At a time when donations often drop off despite the ongoing demand for assistance fueled by the pandemic, Volunteers Enlisted to Assist People is getting its own shot in the arm.

The third annual Taste Fore the Tour will be held July 19 at Interlachen Country Club in Edina. The sold-out fundraiser benefits Bloomington-based VEAP, and it’s part of an effort to support VEAP’s food shelf in advance of the 3M Open, the PGA Tour tournament that tees off in Blaine later this month.

The event is sold out, but a Taste Fore the Tour recipe book is available for $30, and donations in conjunction with the event are eligible to win prizes.

Representatives of Taste Fore the Tour gathered June 23 at VEAP for a tour of its facility and a discussion of the ongoing need for hunger relief efforts.

Joe McDonald, VEAP’s CEO, said that summer traditionally brings a downturn in donations, as people think less about charity as they are busy with summer plans. With many activities resuming this summer after more than a year on hiatus due to the pandemic, families that rely upon VEAP and other service organizations will be the last to recover from the economic impact of the pandemic, he said.

That means visits to the VEAP food shelf – which serves residents of Bloomington, Edina and Richfield, as well as a portion of South Minneapolis – will remain high, according to McDonald. “The demand isn’t going anywhere,” he said.

Group restrictions and mask requirements may be subsiding, but VEAP continues to serve its clients through its modified drive-thru service. Traditionally, VEAP operates much like a grocery store, with fresh meat, dairy and produce items organized alongside canned goods and other shelf-stable products in its warehouse. Clients are offered choices from each category in filling a grocery bag for their family. With the drive-thru service necessitated by the pandemic, clients still have choices, but it’s not the same, McDonald noted.

McDonald hopes clients will be selecting their own items this fall, and anticipates that the drive-thru, pre-bagged service will continue simultaneously.

VEAP has been distributing approximately 400,000 pounds of food per month since the pandemic began in early 2020. That’s an increase of up to 75,000 pounds per month over the organization’s pre-pandemic levels, he said.

Beyond the Taste Fore the Tour donations, financial donations may be made directly to VEAP at any time. Financial donations give the organization the most flexibility, and VEAP can do more with every dollar than what a traditional grocery store will provide, according to McDonald.

But the organization does receive food donations through churches and community organizations. McDonald estimated that 10-12% of the products that VEAP does not have access to through its food suppliers – including produce and household items such as toilet paper and laundry detergent – come from donations.

Volunteers keep the food shelf stocked. “We can’t do what we do without volunteers,” McDonald said. “We will need more when we reopen,” he noted.

Copyright © 2020 at Sun Newspapers/ APG Media of East Central Minnesota. Digital dissemination of this content without prior written consent is a violation of federal law and may be subject to legal action.

Fri Jul 2 , 2021
A soul food stall, a superfood and smoothie bar, and a stall serving comfort food are opening later this fall at Chattahoochee Food Works, the northwest Atlanta food hall located on the edge of the Underwood Hills neighborhood. The first 13 restaurant stalls and a central bar are now open […] 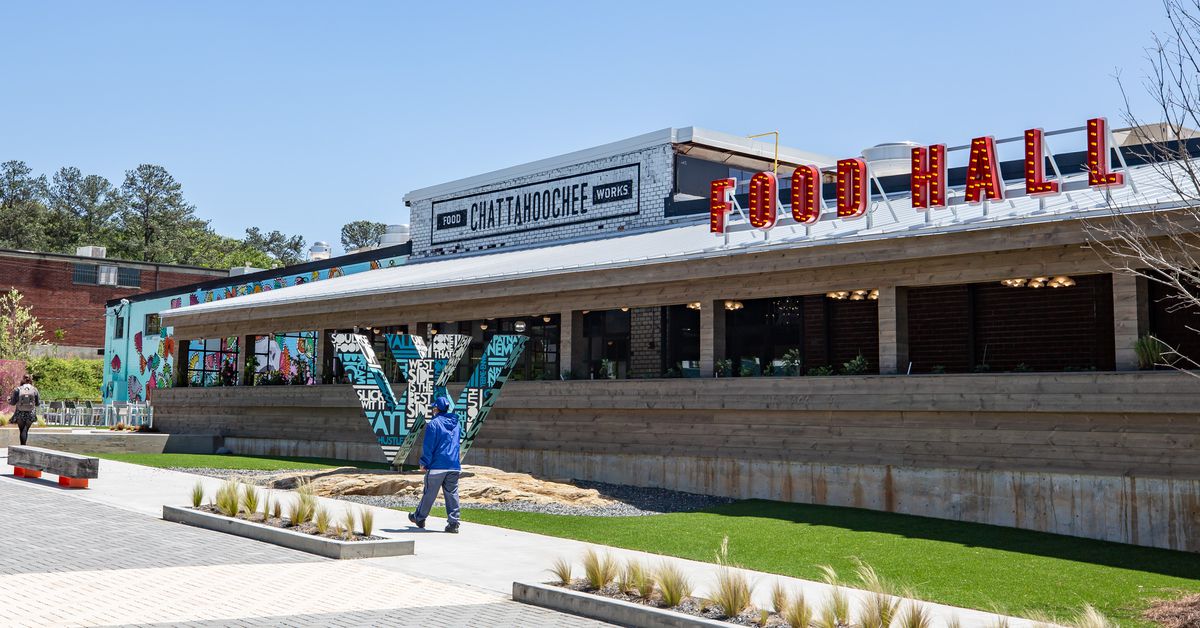