Multiple Facebook posts circulating in Thailand claim the World Health Organization (WHO) warned against cooking with aluminium foil due to health concerns. The claim, however, is misleading: a spokesperson for the WHO told AFP that no such warning had been issued as of February 25, 2021. Health experts maintain that using aluminium foil while cooking is generally safe.

The claim was published on Facebook here on February 21, 2021.

The post’s Thai-language caption translates to English as: “Urgent!!! The World Health Organization (WHO) has announced a warning to all citizens as follows:-

“Do not use aluminium foil to prepare food that requires heating to cook. This can be dangerous to you and your loved ones’ health, causing illnesses to the brain, liver, heart, kidneys, bones. Alzheimer’s and numerous diseases [can be caused by] the intake of heavy metals contaminated within the food that you eat.”

A similar claim about a purported WHO warning was published on Facebook here and here.

The claim, however, is misleading.

In an email to AFP on February 25, 2021, a WHO spokesperson said they were “not aware of any WHO issued warning about aluminium foil and heating of food.”

“The share of a person’s total dietary intake of aluminium from other food sources and water is probably higher than the intake from aluminium containing utensils and foil,” the spokesperson said.

A report published here by the European Food Safety Authority (EFSA) found that acidic food can increase aluminium concentration in food, but noted that “under normal and typical conditions the contribution of migration from food contact materials would represent only a small fraction of the total dietary intake.”

The EFSA report refutes the suggestion that exposure to aluminium could cause Alzheimer’s disease.

“Based on the available scientific data, the Panel does not consider exposure to aluminium via food to constitute a risk for developing Alzheimer’s disease,” the report reads.

A 2017 peer-reviewed study published here in the Environmental Sciences Europe states: “There is no scientific evidence indicating a connection between aluminium uptake from foodstuffs, including drinking water, pharmaceuticals, or cosmetics and Alzheimer’s disease.”

Thu Mar 4 , 2021
click to enlarge CP Photo: Jared Wickerham Con Alma in Shadyside Opening and Reopening Doughbar Ever wanted a place where you can get both pizza and rotisserie chicken? Well you’re in luck because Doughbar, a new spot opening this month in South Side, […] 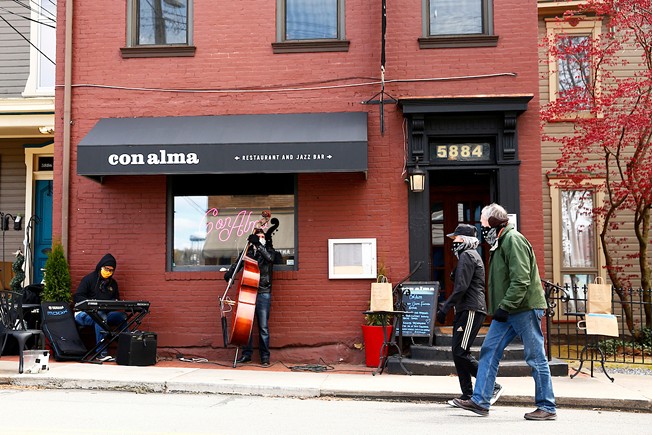