One of the highlights of the past year has been working on the Top Restaurants spin-off lists, which had me seeking out vegetarian feasts or sushi omakase sets that I could lift up with the kind of positivity that has been rare in the world this year. Every time we publish one, I’m so hyped up that I’m practically dancing in my office chair. But I have to admit that this latest one about Vietnamese food gave me a lot of stress, though I adore these restaurants and pop-ups. More than any other exercise of my expertise as a restaurant critic, writing about Vietnamese food like this gives me serious impostor syndrome over whether I’m Vietnamese enough to do it.

What does it mean to be a real Vietnamese person, let alone a real person of color? It might seem like an absurd set of questions on the surface.

It’s an immutable fact that I am Vietnamese by blood — my family did in fact depart from their home in Vũng Tàu during one terrifying night in 1975 and does in fact season our carbohydrates with Maggi seasoning, not soy sauce. I was raised to speak their language first; it’s the culture that I call home.

But there’s a reflexive gatekeeper who lives in my head. He pops up at odd moments like when visiting family, shopping for clothes or just ordering takeout in English, moments that are ripe with cultural dysphoria. The ever-vigilant watchman believes that anything could expose me as a fraud, a tourist trying on conical straw hats at some Đà Nẵng bazaar; every missed diacritical mark on words like phở and bánh mì, or even the way I pour my tea, could reveal it. So an opportunity to write about my favorite Vietnamese restaurants felt like a test — not just of my taste and expertise, but of my legitimacy as a Vietnamese person.

More from Soleil in your inbox

People have actually been really excited about this list since it published, which was a relief. But this gatekeeper isn’t so imaginary, as Armenian American writer Liana Aghajanian mentioned on the Extra Spicy podcast a few weeks ago. They’re often our own people, who are working out their own feelings about identity and belonging by rooting out perceived inauthenticity in anything that purports to represent their culture. For them, any deviation from the narratives they know feels like an attack, especially when opportunities to tell those stories are so limited. People end up battling it out over whatever inches they can claim.

It might be that my excitement over next-generation takes on Vietnamese cuisine, like what’s sold at the Claws of Mantis pop-up, is alienating to traditionalists; or that the community work of places like Monster Pho doesn’t matter to soup aficionados who are laser-focused on the contents of the soup bowls. I can almost hear the watchman whispering, “A real Vietnamese wouldn’t be fooled by food like this!”

The weight of representation clings to writers and other creators with any whiff of marginalization to them, whether on the basis of class, geography, disability, race or sex. While the ability to represent a minority in any industry comes with its own privileges, you’re restrained by the binaristic idea of good representation and bad representation. Everything you do soaks up meaning, authority and symbolism, the main components of one rather terrible tres leches cake. When you’re doing it right and accurately mirroring the lived experience of a stranger who shares one or two things about your background, you’re an icon; when you’re not, you’re a caricature or sell-out.

The idea that someone like me can only be an expert on their own culture has a lot to do with the way writers of color are cultivated in American media, especially in food media. We’re mostly called up to bat to write about what we’re thought to know, whether it’s soul food for Black Americans or paratha for South Asian ones. One of the big reasons why I was so excited to take on this role was because the regular gig would allow me to write about all sorts of cuisines and topics, instead of fearing, from experience, that no one would want to take my freelance pitches unless they were about Asian cuisines.

I was thrilled to get in touch with local Vietnamese restaurant owners to talk photos for my list and hear about how they’ve been coping with the challenges of the pandemic. That’s the bright side, and it does have a meaningful impact on the world — not just financially for the restaurants involved, but psychologically for people who are excited to see their experiences reflected in storytelling.

The dark side is that writers of color are then only seen as masters of their own cultural domains, no matter what else we write about. This tendency manifests for me whenever I write about Asian food. I have gotten multiple emails and letters from people who see my reviews of Asian restaurants as confirmations of what they suspect about me. “Just a reminder,” wrote one reader, “not everyone loves Asian food. It seems that the large majority of your reviews come from that part of the world. Indian, Thai, Japanese, Chinese, Vietnamese, Cambodian & so forth.” Another pilloried my “egocentric” writing, which they claimed privileged “ethnic” restaurants: an odd idea to espouse in California, which is a majority-minority state.

I suppose some fear that even their local food critic has become a puppet of Communist China — a worrisome prospect indeed. In reality, I actually don’t review Asian restaurants more frequently than my predecessor, a white man, did; I’ve counted! On good days, I read the emails with a laugh; on bad ones, I can’t help but think about them for hours on end.

I know that this is a lot of processing for something as banal as a list of restaurants that make delicious food. But thoughts like these are what keep me coming back to food writing, because even something as simple as a list can be an opportunity to sift through complicated thoughts about identity, community and the strange ways people can inhabit the role of “expert.” This is a conversation with no easy resolution, but I’ll certainly be mulling it over as I slurp up my next bowl of noodle soup.

This week’s episode will be a treat for anyone who has ever entertained the thought of writing a cookbook. Our guest, Julia Turshen, has written tons of them, and she tells us all about the process: from writing the proposal to deciding what ingredients she should include in her recipes. This is the kind of interview I really enjoy: where an expert just nerds out on a topic that they love, so even the esoteric stuff sounds fascinating. We don’t talk about this during the interview, but you should know that she’s also the person who took me to Waffle House for the first time. (We were at a conference in Birmingham, Ala. together, and the experience was everything I could hope for.)

Ok’s Deli is a new sandwich-centered venture by chef Albert Ok that’s been popping up at Mägo in Oakland for the past few weeks. The sandwich was really impressed me was the vegetarian California Karis 2.0 ($12), a clown car of delicious vegetable matter like slippery roasted sweet peppers, crunchy watermelon radish, sprouts, hummus and a surprisingly savory pepita and goat cheese spread.

I’ve always been kind of a Fisherman’s Wharf skeptic, but nowadays, I find that walking around the neighborhood with an empanada ($4.50) from Argentine food truck Tanguito is a lovely way to spend a spare afternoon. The pastries are mottled with brown spots and generously stuffed; they heat them up to order, making them a nice handwarmer for those breezy walks along the municipal pier.

• I wrote a whole lot of words about the macaroni and cheese at Minnie Bell’s Soul Movement in Emeryville, which I love with all my heart. It combines all the best qualities of cassrole-style custard macaroni, and its roux-based variation to make a supremely silky and rich titan of pasta.

• At Grub Street, Mahira Rivers covers an aspect of restaurant closures that most don’t think about: The fact is, even closing costs money. “Given the circumstances, it can sometimes take longer, and cost more, to close a business than to open it in the first place,” Rivers writes. It’s a sobering, but essential read.

• I laughed a lot at Dennis Lee’s inaugural column for the Takeout, in which he tests the merits of a very specific gadget geared toward peeling hard-boiled eggs. I’m not sure how he does it, but his deadpan voice feels like the writerly equivalent of a singer who smokes a pack of cigarettes every day.

• If you love unagi, definitely read this deep dive on eel farmers, conservationists and fishermen working to make the globe-spanning industry more sustainable and above-board. In her investigation, writer Karen Pinchin uncovered a supply chain rife with illegal trading, gang violence and resource exploitation — problems exacerbated by the almost-total obscurity of eels’ point of origin at the consumer end.

Correction: An earlier version of this story misstated the name of the founder of Ok’s Deli.

Bite Curious is a weekly newsletter from The Chronicle’s restaurant critic, Soleil Ho, delivered to inboxes on Monday mornings. Follow along on Twitter: @Hooleil

My Wishlist: A Culinary Icon And The Watches He Covets Most

Fri Mar 19 , 2021
The Nautilus dates to ’76. It’s a very sporty watch – very elegant, but at the same time, very modern as well. Ahead of its time, maybe. But very simple. What’s interesting about Patek Philippe is that if you don’t appreciate what goes into the details of Patek Philippe watches, […] 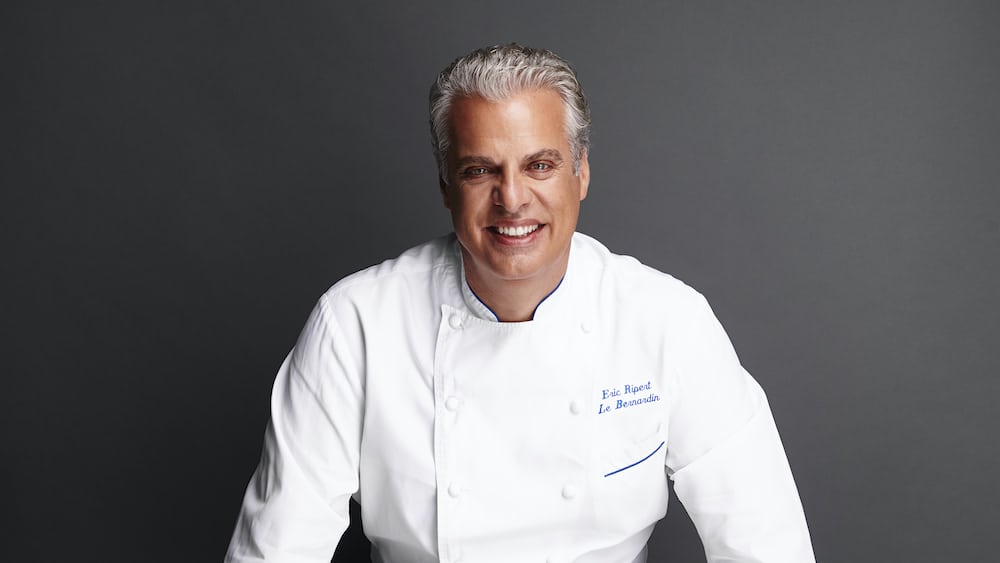