Greek food is often considered among the most healthy cuisines in the world, as it is linked to the Mediterranean diet, which has been proven to have countless health benefits.

The Mediterranean diet is the utmost example of a diet that never goes out of style; it has stood the test of time and it is still considered one of the healthiest of all.

The Mediterranean Sea is home to significant cultural diversity as it is bordered by Greece, Italy, Spain, France, Lebanon, Turkey and North Africa.

Although each country presents its own food choices and traditions, recipes from each culture present a substantial overlap, therefore distinctive cuisines share nutritional attributes and ingredients.

Principles of the Mediterranean diet

As a rule, the Mediterranean diet is mainly plant-based, as it is high in vegetables, fruits, legumes, and unprocessed grains while low in meat and meat products (only a few times per month).

Adherents to the diet also consume a reduced amount of dairy products.

These ingredients are bound together by olive oil, an essential ingredient when it comes to defining the basics of healthy Greek food and the Mediterranean diet.

High in monounsaturated fatty acids, carotenoids, antioxidants, vitamin C, polyphenols as well as other vitamins and minerals, the Greek diet is composed of exceptionally healthy foods.

Grains are whole or in the form of bread or pasta cooked al dente, which lowers the glycemic index. Minimally processed foods, which are a staple in the Greek diet, also provide prebiotic fiber, which promotes intestinal health.

According to several studies, the Mediterranean diet is associated with reduced risk of several chronic diseases, including cancer, Parkinson’s disease, Alzheimer’s disease, type 2 diabetes and cardiovascular disease. Some have even linked it to preventing depression.

Key healthy ingredients in Greek food and the Mediterranean diet

As an integral part and expression of the local culture, the Mediterranean diet is mostly based on home cooking using local ingredients.

Olive trees, vineyards, and wheat have always been part of the Mediterranean region. But the area has also been a point of convergence for many different cultures; this means that typical Mediterranean foods include native ingredients as well as those imported long ago from other regions.

These are some of the superstar foods in this delicious health-promoting diet.

Olive oil and olives are a staple

Olive oil is the common denominator in the different dietary patterns of the Mediterranean diet across the region, with Italy, Spain and Greece being the top three producers in the world.

Olive oil is the main source of fat in the diet, and it is also used for cooking and baking.

Despite common beliefs, high-quality extra-virgin olive oil has a high smoke point because of its lower free fatty acid content.

Table olives, especially Kalamata olives, are another rich source of antioxidant polyphenols. Olives are also used for cooking and flavoring dishes, or just to snack on.

Wheat is the basic grain of the Mediterranean while another traditional grain is farro (or emmer), an ancient wheat with renewed popularity in recent years.

Traditionally, wheat was ground with millstones, producing a fiber-rich whole-wheat flour with a lower glycemic index.

Wild greens are one of the most healthy Greek foods

Savory pies made with greens are key dishes in Greece and in other areas of the Mediterranean. Fennel, dandelion greens, rocket and chicory are just a few.

Of course, the nutritional composition varies between species; for example, darker greens are rich in carotenoids, vitamins C, magnesium, iron and calcium.

Not all greens are equal in their flavonoid content, so variety in the diet is ideal. Greens are also a source of plant-based omega-3 fatty acids.

In North America, it is possible to find dandelion greens and purslane as well as other cultivated greens.

Alcohol is common in the traditional Mediterranean diet, dating back to ancient times.

However, it is consumed in moderation and usually in the form of wine and, as a rule, during meals.

This important ingredient is generally used as a garnish that provides flavor, and grows wild all around Greece.

Capers have significant antioxidant properties and are easily found as a healthy condiment in salads in Greece.

Even when they are low in calories, capers are fermented in sea salt, this makes them high in sodium, so rinsing them under running water before using is always a good idea if you’re trying to watch your salt intake.

Chickpeas are a good source of fiber, folate and manganese while also providing proteins, iron and magnesium.

Chickpeas are one the earliest known cultivated legumes, they are the key ingredient in many traditional Greek dishes.

Lemon zest is high in flavonoid content, with a beneficial impact on blood glucose, helping to control or prevent diabetes.

Oranges and lemons originally come from the East, and they were introduced to the region by the Arabs.

A healthy habit in the Mediterranean is that of squeezing lemons on salads or fish, as well as in drinking water. This lowers the glycemic load of the entire meal.

This essential ingredient of all Mediterranean cuisines is often found in a variety of sauces and dishes.

For instance, tzatziki, a staple in Greek food, is yogurt mixed with garlic, cucumbers and olive oil, while aioli, an Italian sauce, is made mixing garlic with eggs and olive oil.

The sulfur compounds in garlic produce both its pungent odor but are the key to its health benefits, which include anticancer, antioxidant and anti-inflammatory effects.

Many of the classic herbs cultivated in North America grow wild in the Mediterranean.

Traditional feta cheese and yogurt are fermented, which makes them rich in probiotics, also providing an extra portion of protein to a diet that’s mostly plant-based.

Authentic Greek feta is made with goat’s milk or sheep’s milk while yogurt with honey is a common Greek breakfast.

The traditional Mediterranean diet is based on local foods, but that does not mean that people from other regions can’t enjoy its benefits.

Adjusting to its basic principles is easy and it offers a tasty way to bring healthy meals to the table.

Preparing simple meals from fresh ingredients at home is a basic tenet of the traditional Mediterranean lifestyle.

Besides, its balanced approach to eating does not disregard enjoying some meat, sweet treats, and wine in moderation.

Times' restaurant of the summer implodes over 'colonialism'

Wed Jul 14 , 2021
It went from “restaurant of the summer” to “not woke enough” in just 24 hours. One day after celebrated Brooklyn rooftop restaurant Outerspace received a glowing review in the New York Times, the chefs and general manager all walked out. One chef issued a scathing denunciation of the eatery’s fashion-world […] 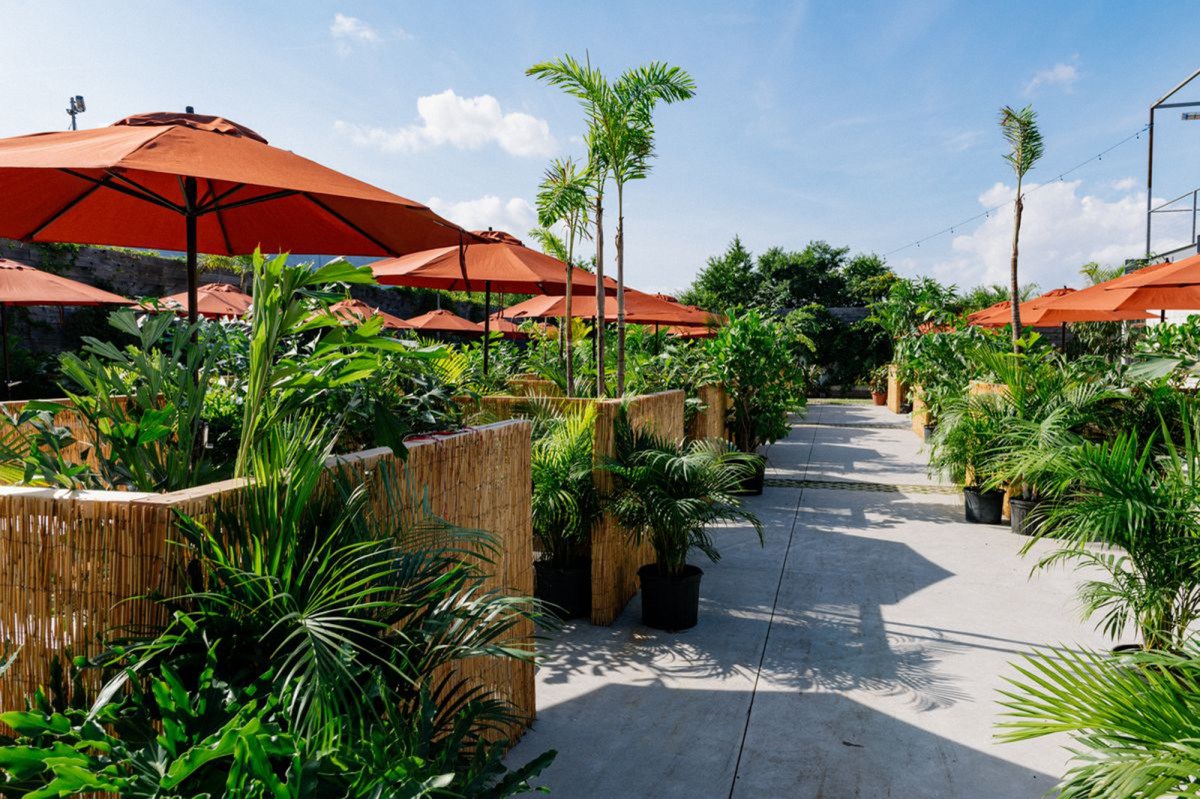