An Olive Garden restaurant in Times Square in New York.

As bars and eateries struggle to staff up, several large restaurant chains have announced higher pay to entice workers to apply and stick around.

Eating and drinking places added more than half a million jobs from March through June, according to the Department of Labor. But the unemployment rate for the industry remains elevated, hitting 10% in June, up from 9% the previous month. And warmer weather typically ushers in higher demand for restaurant meals anyway, putting more pressure on employers to add to their workforce.

Enrique Lopezlira, the director of the low-wage work program at the University of California Berkeley Labor Center, said that the lack of access to child care and safety concerns are keeping many workers out of the labor force, particularly women.

“Raising wages is good, and it will attract workers, but we’re also seeing in the data, higher rates of quitting in these jobs,” Lopezlira said. “Long term, I think these employers need to improve the overall quality of these jobs.”

Some retailers and restaurants have tried to take steps to do just that. Walmart and Target, for example, are opting to keep their stores closed on Thanksgiving so employees can stay home for the holiday. Best Buy improved backup child-care benefits, and expanded access to caregiver pay benefits.

However, most companies are sticking to just raising wages or offering bonuses for now. As of June, average hourly earnings are up 0.3% across all industries compared with the month prior and 3.6% compared with the same time last year, according to the Department of Labor.

On the flip side, rising labor costs in recent years have also motivated restaurants chains to invest in automation technology, like self-order kiosks or artificial intelligence software that can take a drive-thru order.

Here are the restaurant chains that have hiked hourly pay this year or started offering bonuses:

Papa John’s announced on Thursday new hiring, referral and retention bonuses for restaurant workers at its company-owned locations. Corporate workers will earn an extra $50 for every new worker they bring into the fold, while the new hires will also earn $50. Existing employees are also eligible for up to $400 in appreciation bonuses paid in increments for the rest of the year.

The pizza chain plans to spend about $2.5 million on the initiative for the remainder of 2021. While it’s a hefty price tag, giving out bonuses allows the company to give its workers more money temporarily in place of permanently changing its wage structure, just in case finding employees is easier next year.

About 14,000 Papa John’s workers will be eligible for the new bonus program. Roughly 18% of the chain’s North American restaurants are operated by the company rather than franchisees.

McDonald’s said in May that workers at company-owned restaurants will see pay raises of an average of 10% over the next several months. Entry-level employees will make $11 to $17 per hour, and shift managers will make $15 to $20 an hour, based on location. By 2024 — roughly a dozen years after the chain’s workers started the Fight for $15 — it plans to pay employees of company-owned restaurants $15 an hour.

“I think what’s happening is that you’re seeing that a great economy is very helpful to growing employee wages, and I think many of the changes that are happening from a wage standpoint are happening because of companies like McDonald’s needing to compete for the best talent,” CEO Chris Kempczinski said at CNBC’s Evolve Conference in June.

However, only about 5% of the company’s U.S. restaurants are company owned. That means for the remaining 95% of locations in its home market, wages are determined by the franchisee that operates the restaurant.

In late March, the Olive Garden parent announced that every hourly worker across its portfolio of restaurants will earn at least $10 an hour, including tip income. In January, hourly wages will go up to $11, and the following January they’ll rise to $12 an hour.

But Darden Restaurants executives have said that their greater focus is keeping the tipped wage, despite President Joe Biden’s pledge to eliminate it. In 43 states, employers can pay their workers as little as $2.13 an hour as long as that hourly wage and tips add up to the locality’s pay floor. If Biden succeeds, employers would have to pay every worker at least $15 an hour, even if they receive tips.

Chipotle Mexican Grill is paying its workers an average of $15 an hour after rolling out higher pay across its footprint in May and June. Starting wages for hourly crew members are between $11 and $18.

The company also introduced referral bonuses of $200 for crew members and $750 for apprentices or general managers to help it meet its recruitment goal of 20,000 new employees for the summer.

Executives said that customers will be paying about 4% more for their burritos and tacos as a result of the wage hike.

Texas Roadhouse executives said on the company’s latest earnings call in April that the biggest challenge they’re facing is staffing.

“It’s never been more difficult to attract and retain employees. As a result, we are also seeing wage rate increases to stay competitive,” CEO Gerald Morgan told analysts then.

To offset the costs of paying employees more, the company raised menu prices by 1.75%.

BurgerFi recently rolled out a referral program for managers and assistant managers.

“We definitely have to compete in the marketplace for talent,” CEO Julio Ramirez said in an interview. “But I think we have some unique advantages as well because of our situation as a growth brand and our cool image.”

The burger chain went public in December through a merger with a special purpose acquisition company. Ramirez said that the company is offering restricted stock units to restaurant managers and assistant managers as well.

“If we grow, and our stock price grows, everyone wins,” he said.

The Asian-inspired restaurant chain is offering referral bonuses. Additionally, P.F. Chang’s is taking steps to improve the work-life balance for its workforce. CEO Damola Adamolekun told Bloomberg that the company gave its employees the Fourth of July off so they could spend the day relaxing and enjoying the holiday.

Despite these efforts, the privately held company still has about 2,000 unfilled job openings across its footprint.

Wed Jul 14 , 2021
We include products we think are useful for our readers. If you buy through links on this page, we may earn a small commission. Here’s our process. If you’re making a dish that calls for oyster sauce but don’t have any on hand — or, conversely, don’t eat seafood — […] 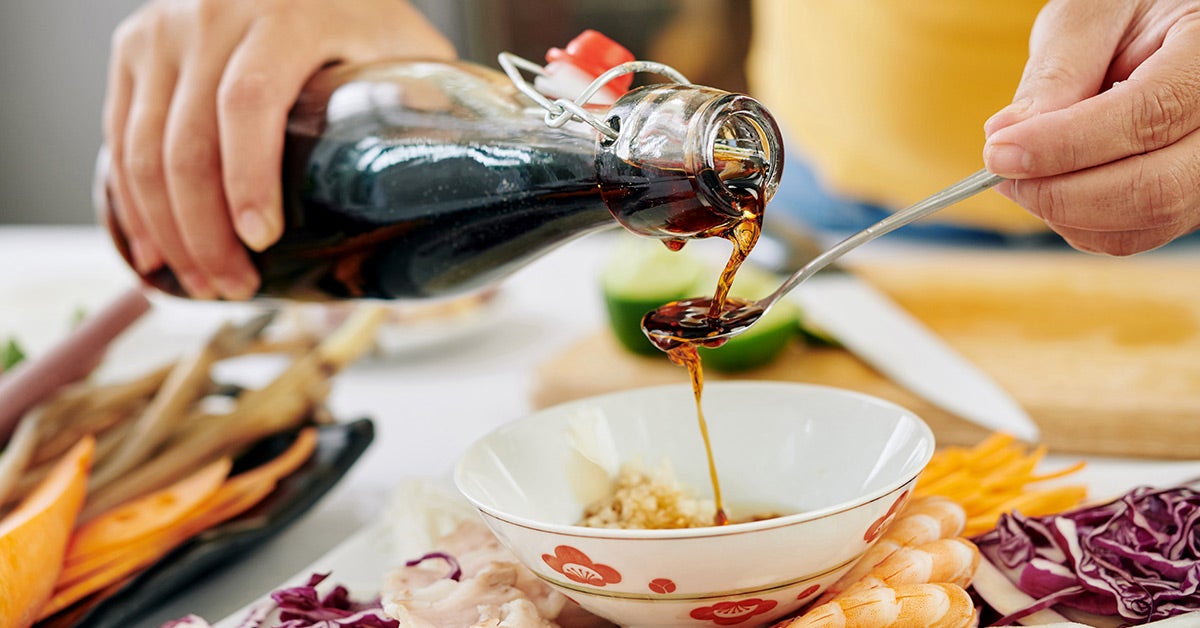