MARSHALL — The cafeteria kitchens at Marshall Public Schools are a busy place to start with, but there was extra work going on this week. Food service staff were helping prepare ingredients like 20 pans’ worth of Japanese baked rice and hundreds of pounds of chicken for special school lunches Thursday and today.

All the work was for a purpose, said Chef John Sugimura.

“It’s about giving kids good food,” even in a year that’s been disrupted by the COVID-19 pandemic, Sugimura said.

Sugimura has a couple of connections to Marshall. He’s a corporate chef with Taher, the food service provider for Marshall Public Schools. He’s also the executive chef and co-owner of PinKU Japanese Street Food in Minneapolis, where he works with business partner and Marshall High School graduate Xiaoteng Huang.

It’s the Taher connection that brought Sugimura to Marshall this week. He has been traveling to schools around the country, and working with Taher staff to prepare a made-from-scratch Japanese recipe for students. The tour is part of Taher’s programming, Carlson said.

“The point is, even in Marshall, even during a pandemic, kids can get the food they deserve and want,” Sugimura said.

Sugimura chose karaage don as the recipe to bring to schools for a few different reasons. In Japan, karaage fried chicken is a popular and commonly available dish, he said. Chicken and rice is also a meal that resonates with a lot of kids. The ingredients are also low in allergens and gluten-free, so even students with dietary restrictions can try the meal, he said. The karaage don served at MPS this week also included cabbage and freshly-made pickles.

“This is functional food,” with a lot of nutritional value to go with the flavor, Sugimura said.

Along with serving good food, Sugimura said he wants to be able to share the Japanese American story with others.

“My goal is to share food as the tool,” he said.

Sugimura’s grandparents immigrated to the U.S. in 1917, and after his grandfather died, his grandmother raised five children while running her own business.

“She opened a restaurant in Sacramento,” at a time when it was unusual for women to be in business, Sugimura said.

“For me, it always goes back to the same thing — would this make my grandmother proud?” Sugimura said of his work.

Carlson said Thursday that the special lunch event went well. “We anticipate Chef John will be back next fall,” although the date is still to be determined, he said.


Today’s breaking news and more in your inbox

‘More power to you’: Telangana cop wins praise as he shares his food with homeless children

Fri May 28 , 2021
A traffic police officer from Telengana is wining plaudits online after a video of him feeding the homeless went viral on the internet. The picture was initially tweeted out from the official account of Telangana State Police. According to the Twitter post, the children were asking people for food when […] 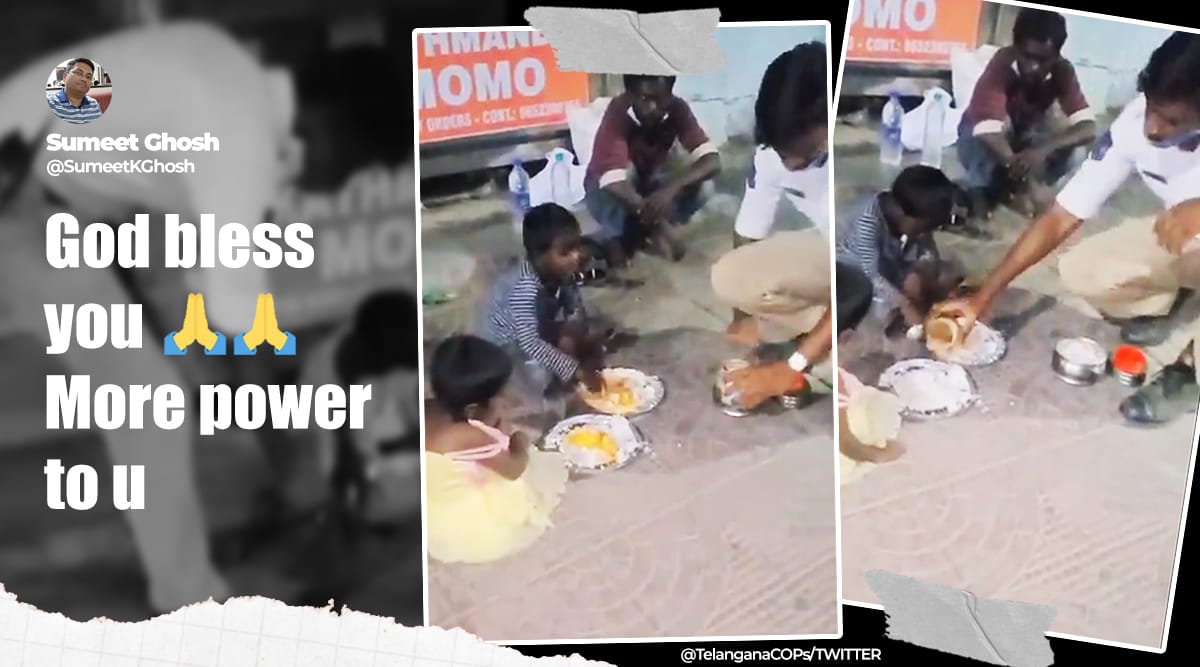