Welcome to the last instalment of Insta Stories, a column examining the London restaurant scene through the often-problematic medium of Instagram. This week’s filter is a flat circle.

News of the week

What to make of Islington burger fiends Four Legs’ all-timer of a post, which went so certifiably viral it ended up on the front page of Reddit? The first, most obvious, response is that it’s just a perfectly constructed piece of comedy, cramming in all manner of nuance and detail in just a few short screenshots before a superb punchline. The second reading — per fellow Eater contributor Jonathan Nunn — is that it’s also a tacit acknowledgement that influencer culture has won; that moments of defiance like this are the desperate flailing of independent businesses refusing to go gentle into the good night.

But it is also an interesting insight into how transactional Instagram has become. It’s hard to think of the main feed itself as anything more than a mere resource these days. It’s a shared directory of shopfronts for users all selling something: their food; their influence; their brand; their new book; their lifestyles, their selves. Moves that the platform has taken to protect itself from other social media competitors — the Snapchat-aping Stories, the Tiktok-esque Reels — have ended up further degrading its core product. Increasingly, everyone knows that the interesting stuff is really happening in the DMs, or in the gleeful anarchy of Stories, most of which are just cross-posts from Tiktok, or Tumblr, or Twitter, or Spotify anyway.

It would be unwise to class Instagram as capital-D Dead: It’s vast, hugely influential, and not going anywhere. But just as Instagram itself once provided an aesthetically distinctive and seductive alternative to the tech giants of its day, so Tiktok feels like a new (new) Wild West: a vast landscape of largely untapped opportunity, with an extremely online audience who will likely go on to shape the internet (and therefore the world) over the next decade. Tiktok is adding users faster than Instagram — already, its monthly active user base is roughly the same as Instagram’s — and those users are putting content out into the world that puts Instagram’s steady chug of seasonal signifiers to shame. A food dork wanting to stay on the cutting edge of the weird and wonderful stuff that is happening in food media now has a new platform to monitor, which means this column should probably evolve with the times, too. Farewell, Insta Stories; hello… Tiktoque? Suggestions on a postcard, please.

Tiktok of the week

Another sure sign that Tiktok is the place to be: its vagaries make absolutely no sense to anyone born before Y2K. To date, videos employing the hashtag #fetapasta have received, ahem, 675.6 MILLION views, all for a recipe so simple it barely merits the term. Sure, it’s cheese and pasta, which are foodstuffs that typically resonate with users when posted in isolation, let alone together. but, still: how to account for virality on this scale? Vogue has produced a handy deep-dive, which points to a host of possible factors: virtual peer pressure, the inexpensive ingredients involved, the viscerally satisfying smoosh that comes as the recipe’s climax. But surely the key is the line it walks between the initial beauty of the starkness of green on white on red. and the final satisfaction, the realisation it inspires in users (many of them not fancy or even regular cooks) that cooking can encompass both of these poles at once. “Anyone can cook,” was a Tiktok spokesman’s verdict, in a quote from Ratatouille that perhaps nodded at the platform’s role in creating a user-generated musical version for the Pixar classic (seriously.) In contrast to Instagram’s algorithm, which increasingly seems to privilege the big names and those with the money to promote posts at a vast scale, anyone can Tiktok. Even if the results are a truly weird ASMR version involving replica toy food.

Dish of the week

Shot of the week

And on the theme of new beginnings…

Thu Mar 4 , 2021
As Gov. Greg Abbott announced Tuesday afternoon that he is allowing businesses to open at 100% capacity and ending Texas’ statewide mask mandate next week, the dining room of Al Biernat’s in Highland Park erupted into cheers. “People were celebrating and happy and they were feeling really good about it. […] 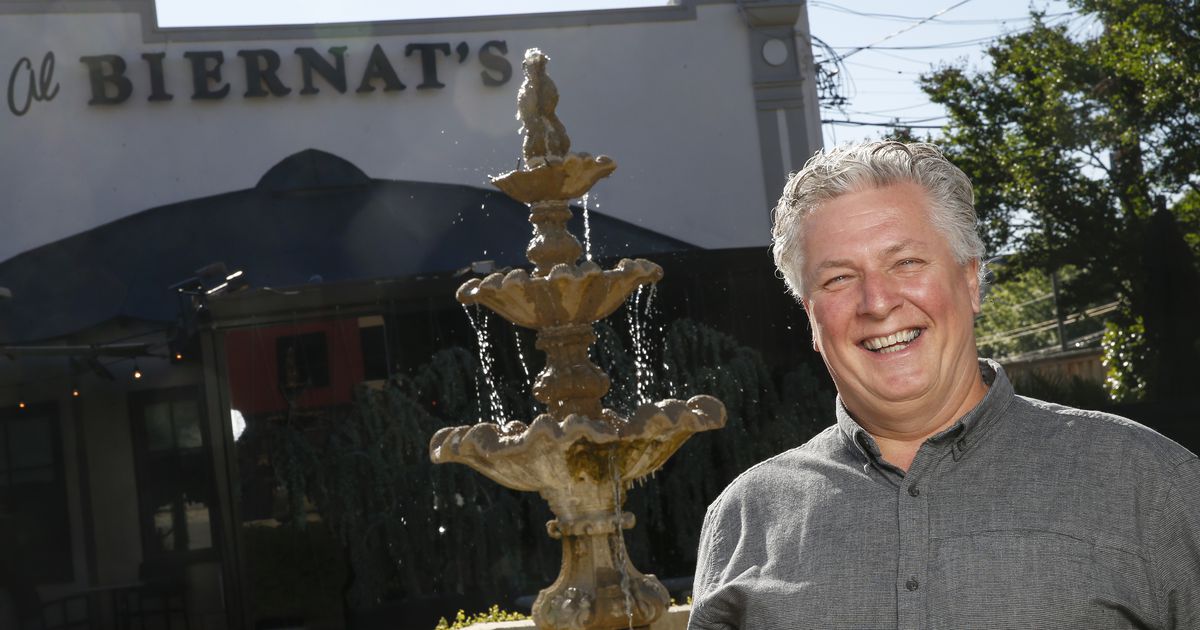