According to business owner Sean Hoang, Street Food Guru customers can skip the drive to Houston’s Asian district and instead get authentic dishes such as pho, banh mi sandwiches and Singapore noodles right in Tomball.

“If you like Asian food, instead of going to Bellaire … to get the food, what we try to do is bring a lot of those foods here at one place,” Hoang said.

Hoang and his wife, Huyen Le, opened Street Food Guru in Tomball in January 2020. The eatery offers a variety of foods, including wings, salads and tacos, but specializes in Asian dishes such as shrimp egg rolls, barbecue pork banh mi sandwiches and chicken fried rice—all made from scratch.

“[Tomball] was a growing market at that time; not many [businesses offered the] type of food that we have,” Hoang said.

“We try to keep it right in the middle where you can come in, you can eat here or you can take home,” he said. “That’s why the name is Street Food Guru—it’s kind of like food on the go in a way.”

According to Hoang, the majority of menu items are made from scratch, such as the pho, which is made with a bone broth simmered for at least 24 hours to maximize flavor.

“The techniques that we use to cook our food and the freshness that we have, I think that’s going to cause people to come back over and over,” he said.

As the business opened just months before the coronavirus pandemic, Hoang said he and his family pushed forward despite facing challenges such as taking a hit from sales.

“Overall, we felt that we had something to offer to Tomball that is unique and has a lot of potential, so we kind of stuck with it,” Hoang said. “So far, it has been a blessing. The people in Tomball have been supportive of us.”

From Las Vegas To Chicago, Sushi To Pizza, The Best Food Tours For Post-Pandemic Travel

Tue Apr 6 , 2021
Scarpetta in the Cosmopolitan is one of the finest Italian eateries in Las Vegas, and this is an … [+] array of signature dishes you’ll try on the city’s best Food Tour – and Scarpetta is just one of the stops! nomaddm.com Guided culinary tours are the best way for […] 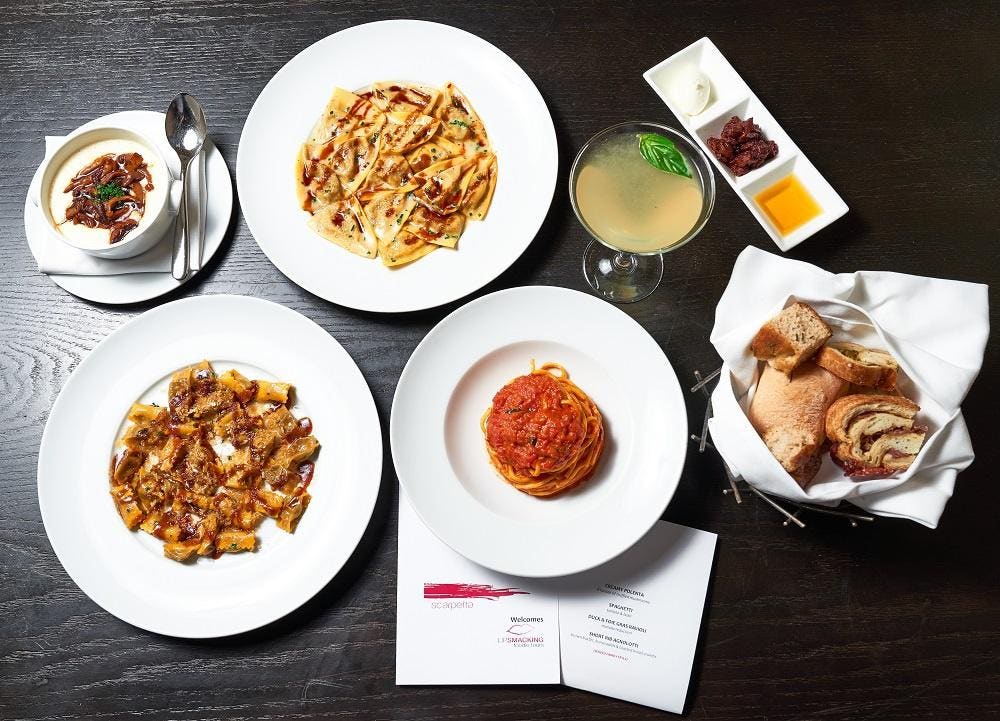