This week, we focus on the signing of the UN-Turkish led grain deal as well as the Nelson Mandela memorial event, where the Duke and Duchess of Sussex made a big statement with their appearance and his speech.

You are reading This Week @UN, summarizing the most pressing issues before the organization. The information is gathered from UN press briefings, PassBlue reporting and other sources. This week, we also look at the open debate by the Security Council on the children and armed conflict annual report and the search for a new UN human-rights chief.

• As Russia’s incursion in Ukraine enters its sixth month and fighting on the ground remains concentrated in the east, primarily in Donetsk, spilling more blood on innocent civilians, Russia says it is making precision strikes to avoid such people. Yet a new deal, called the Black Sea Initiative, among Russia, Ukraine, Türkiye and the UN, was signed on July 22 in Istanbul by the four parties to alleviate human suffering worldwide from unprecedented food and fuel prices. But there are two versions of the pact, apparently identical, said Farhan Haq, UN deputy spokesperson. One was signed by Russian Defense Minister Sergei Shoigu; Defense Minister Hulusi Akar of Turkey; and Secretary-General António Guterres as a witness. The other version was signed by Oleksandr Kubrakov, Ukraine’s infrastructure minister, Akar and Guterres. The Black Sea deal signaled a “beacon of hope” in a “world that needs it more than ever,” Guterres said at the elaborate public ceremony held on Friday afternoon. The plan, originally drafted by the UN, will open a path, the UN says, for “significant volumes of commercial food exports from three key Ukrainian ports in the Black Sea — Odesa, Chernomorsk and Yuzhny” to flow to world markets. Grain and other essential food stocks that have been stuck in Ukraine’s ports since the war began on Feb. 24 need to be shipped out of the Black Sea to international waters as soon as possible, but Ukrainian undersea mines planted in the area, compounded by a Russian naval blockade, have kept the reported 22 million tons of grains out of buyers’ reach. The UN plan — mediated by Türkiye’s defense ministry — has been in the works for about three months and will entail a Joint Coordination Center (JCC) being set up by the UN in Istanbul to monitor its implementation. Martin Griffiths, the UN humanitarian relief chief, brokered much of the deal. (Its formal name is Initiative on the Safe Transportations of Grain and Foodstuffs from Ukrainian Ports.) Guterres announced hints of it last week before he went on vacation to Europe, hedging on whether it would materialize.

In addition, a separate agreement between Russia and the UN (Guterres and Shoigu as the signatories) will help ensure that Russian fertilizer and foodstuffs also get to international markets. The export of these goods has been stymied by concerns of companies doing business with Russia amid European and American sanctions imposed on the country, but the agreement is based on the principle “that measures imposed on the Russian federation do not apply to those products,” the UN said. Rebeca Grynspan, head of the UN Conference on Trade and Development, negotiated this arrangement, selling the informal support of Europeans and Americans on the deal as well. (Russia also agrees in the memorandum of understanding to “facilitate the unimpeded export of food, sunflower oil and fertilizers from Ukrainian-controlled Black Sea ports.”) As a senior UN official said, “We need the private sector to solve the food insecurity problem in the world.”

The Black Sea deal is highly technical and involves, of course, the two warring parties. Ukraine must designate a “safe passage” channel through the Black Sea that avoids the mines its navy has laid since the war began. (Demining was considered too time-consuming.) The UN’s Martin Griffiths will establish the JCC, managed by a senior-level UN official (unnamed, so far) in Istanbul and involving the Ukrainian, Turkish and Russian parties in monitoring merchant shipping of grains leaving Ukrainian ports and entering the Bosporus and inspecting ships’ cargoes for possible weapons smuggling en route to Ukraine. The JCC’s work begins on July 23, although Ukraine needs 10 days to map out the safe-sea channels; a mine sweeper may be used (from a neutral country), if needed. In a media briefing from Istanbul on July 22, a senior UN official called the Black Sea plan a “de facto cease-fire along those lanes” of safe channels — and a “commercial export operation.” No military escorts are envisioned as part of the arrangement, which is renewable after 120 days.

Questions remain: What does Russia benefit from the deal; what is the exact wording of the Russian version of the signed deal; who will cover the costs of the JCC; and will the UN Security Council endorse the deal through a resolution? Some of these questions were posed to the UN spokesperson’s office on July 22, but as of publishing deadline, no response was given.

The United States is not a party to the deal, but Ned Price, the State Department spokesperson, said on July 21: “We applaud the hard work of the UN secretary-general. We applaud the diligent work of our Turkish allies.” He added: “So what we’ll be looking forward to and holding Russia accountable to is the implementation and grain, most importantly, leaving Ukrainian ports.”

“The war will finally end at the negotiating table,” President Recep Tayyip Erdogan said at the signing ceremony, adding a bit later, “May God help us all.” — DULCIE LEIMBACH

Please don’t forget to donate to PassBlue! We are a women-led multimedia news site covering the UN, a unique journalism site reporting on women’s rights, human rights, peacekeeping and the big powers. It’s no easy job to report on such a sprawling entity, but we do it week in, week out. Thank you for your contribution to our team.

We encourage you to take our new brief survey; we want to hear from you about our work.

• Stinting to Survive in the Sahel Region of West Africa: Damilola Banjo tells the story of a 57-year-old farmer, Kimba Abdou, whose family and community in the Tillabéri region of western Niger have been rocked by a triple whammy of terrorist attacks, rising gas and grain prices and international aid being diverted from the Sahel and other vulnerable regions to the war in Ukraine.

• Spokesperson’s briefing: It was Nelson Mandela International Day (and his birthday), and the General Assembly held an event to celebrate the first South African president, from 1994-1999, marking the first in-person commemoration for Mandela Day since 2019. The keynote address (below) was delivered by Prince Harry, the Duke of Sussex; his wife, Meghan, the Duchess of Sussex, also attended. “Let’s talk with our children about what he stood for,” the duke said. “Let’s seek out what we have in common, empower all people to reclaim our democracies, and harness the light of Mandela’s memory to illuminate the way forward.”

• UN experts called for accountability in the Melilla massacre, in which at least 23 Africans were killed in attempting to cross the Spanish-Moroccan border in Melilla, a Spanish enclave in North Africa. (Our report on the massacre.)

• Will It Be a Technocrat or an Advocate? The Search for a New UN Human-Rights Chief Is Underway: As Guterres searches for a new human-rights commissioner to succeed Michelle Bachelet of Chile, Ben Donaldson and Enyseh Teimory argue, as UN experts at the London-based UNA-UK organization, for a strong advocate of human rights to be appointed to counter the trend of mounting rights abuses worldwide. The person is supposed to start in the role, based in Geneva, on Sept. 1. The essay was reposted on the UNA-UK website.

• Spokesperson’s briefing: The Security Council held an open debate on the annual report on children and armed conflict. Virginia Gamba, the special representative for the UN office on the matter, said her office verified nearly 24,000 “grave violations” in 2021, with more than 19,000 child victims. The head of Unicef, Catherine Russell, also briefed.

• Ghulam Isaczai of Afghanistan is the new deputy special representative for the UN’s Iraq assistance mission (Unami) and resident/humanitarian coordinator. He succeeds Irena Vojackova-Sollorano of Germany. Isaczai was Afghanistan’s ambassador to the UN in New York City before the Taliban takeover of his country in August 2021. The Afghan mission to the UN is currently led by the chief of mission. Last year, Taliban leaders requested to have their own representative to the UN but the UN credentials committee refused to oblige.

• Russia’s War on Ukraine Is Diverting Donor Money From Other Global Crises, UN Expert Says: Fatoumata Lejeune-Kaba, a communications officer for the UN high commissioner for refugees in Africa, shares with PassBue’s Damilola Banjo the funding complexities facing the office of the high commissioner, Filippo Grandi, and the UN Refugee Agency as major donors funnel aid to Ukraine, ignoring other global crises and leading to huge gaps in humanitarian work.

• Spokesperson’s briefing: Deputy Spokesperson Farhan Haq was asked about Mali, where Olivier Salgado, the spokesperson for the UN peacekeeping mission (Minusma) was declared persona non grata this week by the junta government and asked to leave the country in 72 hours (he happened to be on leave at the time), just days after the arrest of 49 Ivorian soldiers who arrived to provide standard technical support to Ivorian peacekeepers in Minusma. Haq said that UN personnel were not bound by the doctrine of persona non grata because it is contrary to the UN Charter. He added that UN headquarters and Minusma were taking “appropriate measures” to resolve the matter. Our related, exclusive story on the Malian government’s blocking of peacekeeping-troop rotations. [Update, July 22: The UN peacekeeping chief, Jean-Pierre Lacroix, will travel to Mali from July 24-28]

• Spokesperson’s briefing: Guterres is traveling to Istanbul to actualize an agreement to get Ukrainian grains and Russian fertilizer and foodstuffs onto global markets. “What we are trying to do is have an agreement that would allow for Ukrainian and Russian food and fertilizer to reach global markets,” Haq said. “As you know, we’ve pointed out for many months how serious the food crisis around the world is, and this is a large component of that crisis.” (See video above to watch Guterres’s speech in Istanbul.)

• Spokesperson’s briefing: In Burundi, the UN emergency relief coordinator, Martin Griffiths, has allocated $1 million from the Central Emergency Response Fund to help 340,000 people in areas affected by Rift Valley fever. The money will go toward projects controlling the spread of the disease. Rift Valley fever primarily affects livestock, which accounts for 14 percent of the country’s GDP.

We encourage our readers to comment on our stories — with civility, of course.

Damilola Banjo is a staff reporter for PassBlue. She has a master’s of science degree from the Columbia University Graduate School of Journalism and a B.A. in communications and language arts from the University of Ibadan, Nigeria. She has worked as a producer for NPR’s WAFE station in Charlotte, N.C.; for the BBC as an investigative journalist; and as a staff investigative reporter for Sahara Reporters Media.

J Balvin On Supporting Bodega Owners, Loving Arepas, And The Importance Of A Cheat Day

Tue Jul 26 , 2022
Reggaeton singer (and new father) J Balvin loves food and loves to eat. The hitmaker was born José Balvín in Medellín, Colombia, and spent time in Oklahoma as a student before moving to New York to pursue music. He found success in the U.S. (along with amazing Colombian food), and […] 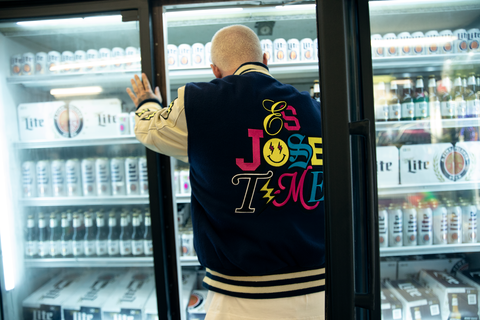