The Washington Post this week published a correction and a rebuttal to a humor column after backlash over the writer’s take on Indian food as “the only ethnic food in the world based entirely on one spice.”

In his weekly column in The Washington Post Magazine, Gene Weingarten penned a list of foods he doesn’t like to sarcastically dispute criticism that he “like a toddler I seem to categorically dislike, and whine about, many foods.”

“The Indian subcontinent has vastly enriched the world, giving us chess, buttons, the mathematical concept of zero, shampoo, modern-day nonviolent political resistance, Chutes and Ladders, the Fibonacci sequence, rock candy, cataract surgery, cashmere, USB ports … and the only ethnic cuisine in the world insanely based on entirely one spice,” Weingarten wrote in the original version of the column.

“If you think Indian curries taste like something that could knock a vulture off a meat wagon, you do not like a lot of Indian food. … It is as though the French passed a law requiring a wide swath of their dishes to be slathered in smashed, pureed snails,” the two-time Pulitzer Prize winner added.

I pride myself on my Pakistani cooking. I also love South Indian, and fusion dishes. That you got paid to write this tripe, and boldly spew your racism is deplorable.
May your rice be clumpy, roti dry, your chilies unforgivable, your chai cold, and your papadams soft.

On Monday, “Top Chef” and “Taste the Nation” host and executive producer Padma Lakshmi tweeted screenshots of the article and asked: “What in the white nonsense is this?”

On Wednesday, she wrote for The Washington Post that Weingarten’s column “is unintentional anti-humor, regurgitating an unimaginative, racist joke with no punchline.”

“His writing, besides being racist and lazy, is simply not funny,” she added.

Lakshmi, who was born in India and wrote the “The Encyclopedia of Spices and Herbs: An Essential Guide to the Flavors of the World,” also provided a brief review of the word “curry,” which was coined by colonizers and has been used in racial slurs against people of Indian descent.

“For generations, people have slung racist insults about the “stinky” foods of immigrants: Italians with garlic, Irish with cabbage, Koreans with kimchi and, yes, South Asians with curry. It was never funny,” she wrote.

“What’s puzzling is that editors and copy editors let his words through. Does The Post still have so little diversity among editors that this mini-screed raised no red flags?” she said, bewildered that such a take would make it to press in 2021. She pointed out that the paper’s food section editor had nothing to do with the piece.

In response to pushback on the piece, Weingarten defended himself repeatedly.

“Took a lot of blowback for my dislike of Indian food in today’s column so tonight I went to Rasika, DC’s best Indian restaurant. Food was beautifully prepared yet still swimming with the herbs & spices I most despise. I take nothing back,” he wrote in a since-deleted tweet.

But The Washington Post added a correction at the top of his column that read: “A previous version of this article incorrectly stated that Indian cuisine is based on one spice, curry, and that Indian food is made up only of curries, types of stew. In fact, India’s vastly diverse cuisines use many spice blends and include many other types of dishes.” The Indian food portion of the article was amended.

Lakshmi said the correction addressed the factual errors “but not the root of the issue: the bigotry.”

In response to Lakshmi, Weingarten said that “from start to finish,” including the illustration depicting Weingarten as an adult baby in a high chair with a bib on, “the column was about what a whining infantile ignorant d—head I am.”

From start to finish plus the illo, the column was about what a whining infantile ignorant d—head I am. I should have named a single Indian dish, not the whole cuisine, & I do see how that broad-brush was insulting. Apologies.(Also, yes, curries are spice blends, not spices.)

“I should have named a single Indian dish, not the whole cuisine, & I do see how that broad-brush was insulting,” he said. “Apologies. (Also, yes, curries are spice blends, not spices.)”

Fri Sep 17 , 2021
ALBANY – Joe Abbruzzese and Jim Rua said they’re tired of the gunshots, watching hand-to-hand drug deals and having customers tell them they don’t feel safe outside at their restaurants at night. They’ve built restaurants and reputations that have become cornerstones in the Mansion neighborhood. When Gov. Kathy Hochul was […] 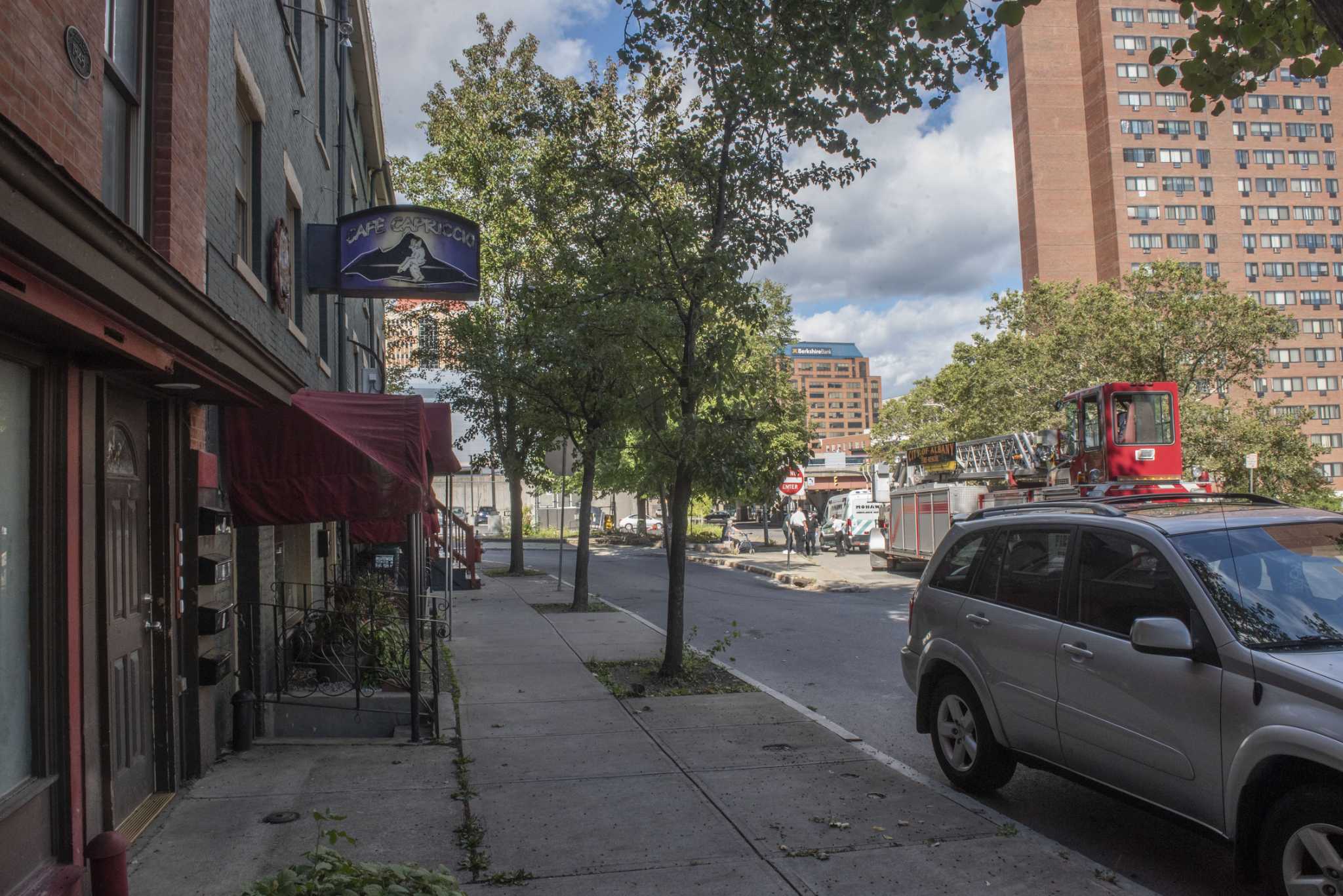