They’re viral for good reason, and they’re the perfect quick treat for those who love to snack on savory, cheesy and garlicky foods.

Emily Chan, aka @bostonfoodgram on TikTok, a food blogger who shared her take on pasta chips on the app in April, says she first spotted the recipe on Delish, then decided to tailor the recipe to her own flavor preferences and share it with her followers.

In her viral TikTok, which has amassed nearly 2 million views, Chan leads viewers through boiling farfalle pasta, adding grated Parmesan, olive oil and garlic and onion powder to the bowl, then air-frying the bowties on 400 until they crisp up into “chips.” Now, the videos under the hashtag #PastaChips have over 361 million views.

Chan also serves her pasta chips with marinara dipping sauce, but says sometimes she changes up seasonings or condiments when she makes them at home.

“I like to dip them in marinara sauce, honey mustard or sometimes barbecue sauce if I’m looking for a change-up,” said Chan. “I usually keep the recipe as-is but may add a touch of cayenne for a little spice.”

I tried Chan’s pasta-chip-making method in my own kitchen, and was blown away by what a fantastic snack I created in such a small amount of time. After cooking and draining the farfalle, I mixed the recommended seasonings, olive oil and cheese into the bowl and followed Chan’s suggestion to cook the pasta chips on 400 F for five minutes in my air fryer before flipping and cooking another two minutes.

The resulting snack can be best described as having the flavor of a pasta dinner while being portable enough to chow down on during movie night on the couch.

Dipping crisp, cheesy pasta into marinara was snacking heaven, and since I didn’t air-fry the entire box of bowties, I’ve got more cooked pasta ready in my fridge for the next time the urge to snack arises.

Chan has been amazed by the viral response to her pasta chips.

“I didn’t think this recipe would be popular at all,” she admitted. “I think people love new dishes they can pop into the air fryer. And, the ingredients are ones that most people already have in their kitchens, so you don’t usually have to buy anything extra to try them out.”

And since the recipe has gone viral, people have put their own spins on the trend — like chips made from ramen noodles and lasagna noodles. The pastabilities are truly endless.

“I love seeing how people modify the recipe and how they turn out,” she said.

Terri Peters is a writer and editor for TODAY.com. She lives in a small beach town on the Atlantic coast of Florida with her husband and two kids. When she isn’t writing, she can be found at the beach or exploring Florida’s theme parks with her family.

Fri Jul 9 , 2021
“I worked at Uncle Julio’s Rio Grande in Bethesda the summer before college. I was super-scrawny and could barely carry the trays. If people order fajitas, this is the nightmare scenario. You never want to drop a tray. The metal plate will singe your skin, and those hot beans will […] 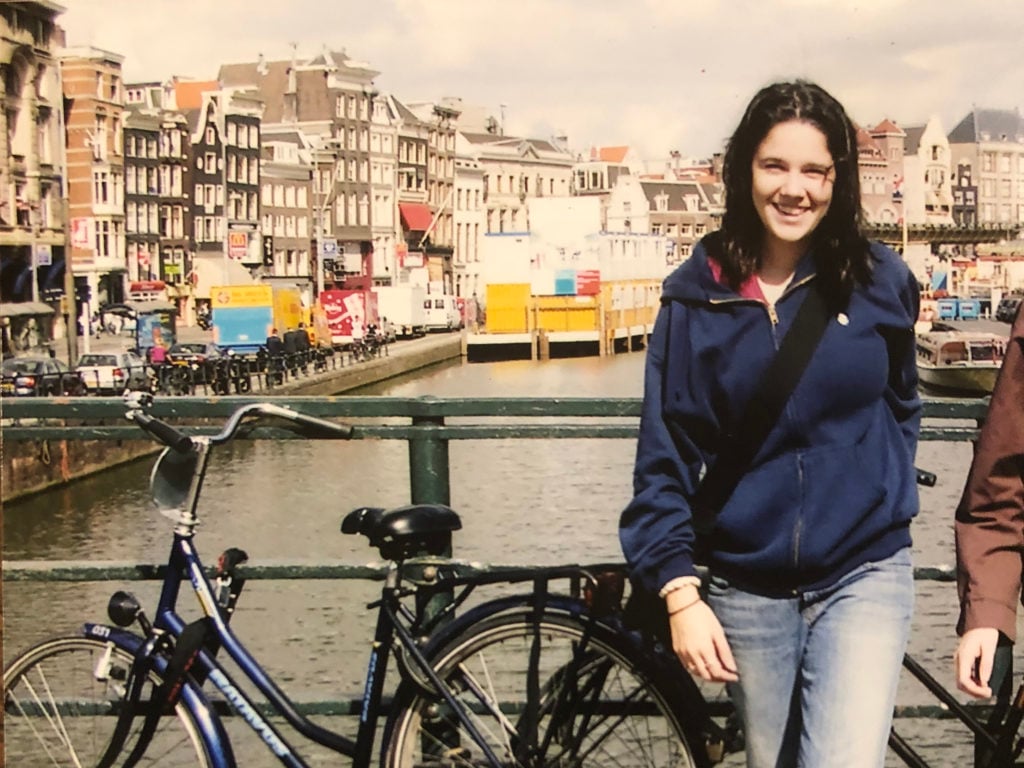