Step aside, baked feta pasta: There is a new trend in TikTok town, and it’s … flour and water?

On Feb. 19, TikTok user @FutureLettuce posted a video of what he called his “2-ingredient chicken replacement,” and it has since exploded online. In just a few steps of creating a dough and then washing the starch out of flour, the video showcases a dish that pulls apart and looks surprisingly like, well, chicken. But for the dedicated vegans among us, this method isn’t anything new. It’s simply a version of the dish most commonly known as seitan, a form of wheat gluten that has been documented all the way back to 6th century China.

FutureLettuce (as he prefers to be known) was well aware he wasn’t inventing a new concept when he made his video, but he didn’t include the wider reference because, “I never thought it would be seen by anyone,” he told TODAY Food. But with almost 10 million views, there is something about the simple act of turning flour into a wheat meat that has resonated. As he posited, “I think the video got attention because most people weren’t expecting the end result. Watching someone squeeze a dough ball for a minute is not the most appealing thing, but seeing it shred like chicken is in direct contrast, at least for most viewers.”

For plant-based chefs, the moment of virality is a unique opportunity to speak to more people about meat alternatives.

“I’m tired of speaking into an echo chamber of plant-based people,” Priyanka Naik, vegan chef and author of the upcoming “The Modern Tiffin,” told TODAY, “They are already on my side. We need to talk to people who might not know as much about it. I think this is a great way to start a conversation.”

Seitan has been around commercially for years, but it often has been overshadowed by more popular meat-alternatives that are soy-based, like tofu. Its simplicity is its strength and part of the reason why it has been a staple in vegetarian diets for centuries. It is derived from wheat gluten, which is the main protein in wheat. When you wash out all of the starch from flour, you are left with just the gluten, which has a chewy, fibrous texture often compared to meat.

Seitan is also a protein powerhouse: a quarter cup can have over 20 grams of protein. And because the starch has been washed out, it is very low in carbohydrates and is naturally low in fat. The other major advantage of seitan’s simplicity is that it is a chameleon when it comes to flavor. With only two fairly tasteless ingredients as a base, you can make use of seitan with any kind of condiment you’d normally used on chicken, like barbecue sauce, teriyaki sauce or gochujang, and have the texture and protein of a meat — without the actual meat.

It is also getting plaudits for its low cost. FutureLettuce is hoping that the intimate nature of TikTok can take away some of the artifice and wealthy glow that often surrounds the vegan lifestyle: “It is often seen as an overly-expensive diet for upper-class white people, which totally ignores the non-white roots of pretty much all vegan foods and also the majority of vegans who are working class,” he said.

Naik also views the expensive reputation of veganism as a frequent stumbling block, and the rise of seitan could be a gateway into changing that narrative: “What I strive to do as a vegan chef is show people that you can literally walk into any grocery store and not have to buy any fancy stuff to live a plant-based life,” she said.

Can everyone eat seitan?

But for all of its positives, there are some health factors to consider with seitan: It isn’t a complete protein because it is missing the essential amino acid lysine, which is found in most natural proteins, like meat, cheese and beans. And because of its high gluten content, it is not a viable alternative for those with celiac disease or a gluten sensitivity.

Yoli Ouiya, co-founder of the Food and Wellness Equity Collective, said that anyone who even suspects gluten intolerance should be careful. While seitan can be a good crutch for an occasional meal, it isn’t a full replacement.

“I know we’re looking to reduce our meat consumption, but you should really be increasing your consumption of vegetables. It shouldn’t all be fake meat,” Ouiya told TODAY. “Seitan is a binding food. If it has that level of elasticity and goopiness in your hands, imagine how it will go through your body. Yes there are some nutrients in the flour but subsequently think about if you’re eating this every day. It’s still processed.”

So, what if we want to include seitan in our balanced diets and give plant-based meat a try? You can certainly purchase seitan if you aren’t looking to spend your time washing flour, and most of the ingredients will be as simple as the homemade version. But if you want to give the recipe a whirl yourself, it truly is as easy as washing and waiting with the two-ingredient wonder that is seitan.

How do you make seitan?

First, combine 3 cups of all-purpose flour and 1 cup of water in a bowl (it is always a 1:3 ratio, so scale up or down depending on how much seitan you want to make). Knead the mixture until it comes together in a ball. Put the dough in a bowl of cool water for at least an hour (but no longer than 6 hours) to allow the gluten to form.

Then it’s time to rinse the starch away. Knead the dough under the water and every time it gets very cloudy, dump it out and add new water; use a colander here to ensure you don’t lose any dough. The dough is ready when the water is almost clear, and the dough looks stringy. Let it rest in the colander for 30 minutes to an hour.

Add in whatever flavoring you want: Spices, seasonings and other ingredients can all be incorporated at this stage. Stretch and knot the dough to help shape it. Allow the seitan to rest for at least 20 more minutes (or you can keep it in this stage for up to a day, if you’d like).

When you are ready to cook, place a deep pan on medium high heat with a bit of oil. Cook the seitan for approximately 5 minutes on each side, or until it browns. Then add water or broth to cover and let it cook covered on a low simmer for approximately 2 hours (whatever liquid you cook it in will impart its flavor into the seitan, so use more or less flavoring as you’d like).

When the seitan is done cooking, you can eat it, but it is best to let it rest in the refrigerator in the liquid for at least 8 hours to fully firm up. Use the seitan as you would any piece of chicken — add it to tacos, stir-fries, casseroles, pasta and whatever else your heart desires.

Ali Rosen is the Emmy and James Beard Award-nominated host of “Potluck with Ali Rosen” on NYC Life. She is the author of the cookbook “Bring It!” and the upcoming “Modern Freezer Meals.” She has been featured on TODAY, Dr. Oz and NPR’s All Things Considered and has written for publications including The Washington Post, Bon Appetit and New York Magazine. She is originally from Charleston, South Carolina but now lives in New York City.

Sun Mar 14 , 2021
Barstool founder Dave Portnoy says ‘most moving part’ of his fundraising effort to help struggling small businesses is the more than 160,000 ‘everyday people’ who have contributed to the cause. Gabriella Ottaiano said the blessings of Barstool Sports founder Dave Portnoy changed her pizza business in northern New Jersey after […] 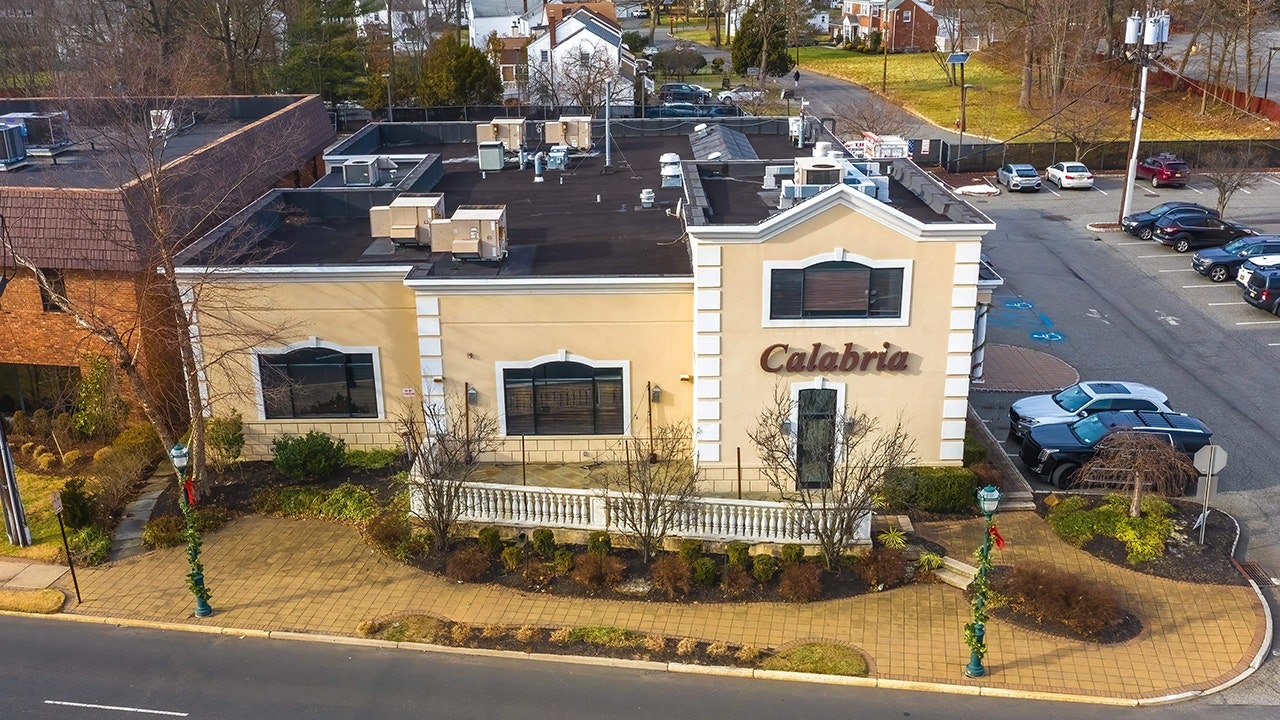