There are few things more acute than the internet’s ability to swoon over less than 10 seconds of film, and never was that more apparent than in the case of one actor on the rise.

On Oct. 1, HBO Max posted a short clip on TikTok of actor Emma D’Arcy, who plays Rhaenyra Targaryen on “House of the Dragon,” answering the question “What’s your drink of choice?” The question was posed by co-star Olivia Cooke during a joint interview session in which they both answered a series of personal and show-related questions.

“A negroni … sbagliato … with prosecco in it,” D’Arcy says in the TikTok, which has been viewed more than 9.8 million times and countless more on other social media platforms.

Much like ASMR, the truly smooth way they say, well, just about anything, if we’re being honest, is making the internet collectively swoon. Many folks took to the comments section to remark on how seven simple words have seemingly ignited a fury of crushes as fiery as the flame from Rhaenyra’s dragon Syrax.

“Stunning,” concludes an impressed Cooke at the end of the clip.

“The voice my friends the voice,” said one user, summing up everyone’s feelings in the video’s top comment.

“I need Emma to voice an audiobook, do a podcast, anything that gets us to hear their voice for hours,” commented another TikTok user.

“‘A negroni… sbagliato… with prosecco in it’ is singlehandedly making me want to watch house of the dragon and i’ve never watched an episode of GoT ever,” said another commenter, this time on Twitter.

“The bartender while you order your Negroni sbagliato with Prosecco in it,” tweeted another person with a reaction image of Maya Erskine from “Pen15” looking down ominously, referring to what is sure to be a major uptick in orders of the drink in bars everywhere.

Many folks across social media remarked on the way that D’Arcy possesses an allure that transcends simple explanation or preference.

“They said Prosecco in the most seductive way possible,” said one TikTok commenter.

“Me reminding myself ‘I’m straight,’” said another TikTok commenter, along with crying and cold sweat emojis.

“Pour some prosecco out for the bartenders having to make negroni sbagliatos for 1000 bisexuals this week,” said a user on Twitter.

“Emma d’arcy speaking ‘sbagliato with prosecco’ changed the trajectory of my life,” announced another user on Twitter.

“I don’t know what’s in the drink they’re talking about but I want some,” said another Twitter user in response.

What *is* a Negroni Sbagliato, exactly?

If listening to D’Arcy say “Negroni Sbagliato” has made you want to order the cocktail as much as everyone else, you’re in luck: It’s a pretty simple drink to make. The riff on a classic Negroni takes the gin out and subs it for a bit of prosecco.

The original Negroni was rumored to be first created for Count Camillo Negroni in 1919 at Florence’s Café Casoni in Italy. Over time, the beloved beverage has spurred many variations, from adding bourbon to mezcal and others. The Negroni Sbagliato, which translates to “mistaken Negroni,” was first made in 1967 at Bar Basso, an establishment in Milan, Italy which still stands to this day.

While D’Arcy said a “Negroni Sbagliato with prosecco in it,” when ordering it at a bar, you don’t need to say that last part (and even if you had to, no one could never say it with as much velvet as D’Arcy, so be thankful you don’t.)

The recipe for a Sbagliato variation on a Negroni is simple, according to the original recipe that Bar Basso follows to this day: Take equal parts Campari, vermouth and prosecco and pour into a glass with ice. All that’s left is a garnish: a single orange slice. Now you too can sip like a Targaryen during your next happy hour.

Washington, D.C. native Joseph Lamour is a lover of food: its past, its present and the science behind it. With food, you can bring opposites together to form a truly marvelous combination, and he strives to take that sentiment to heart in all that he does.

Sun Oct 16 , 2022
In the United States, the best known Malaysian dish is arguably laksa, the comforting and aromatic noodle soup. But Tracy Goh wants dishes like otak-otak, curry puffs and nasi lemak to share the stage — and by doing so, broaden Malaysian cuisine’s reach in America. All of these dishes will […] 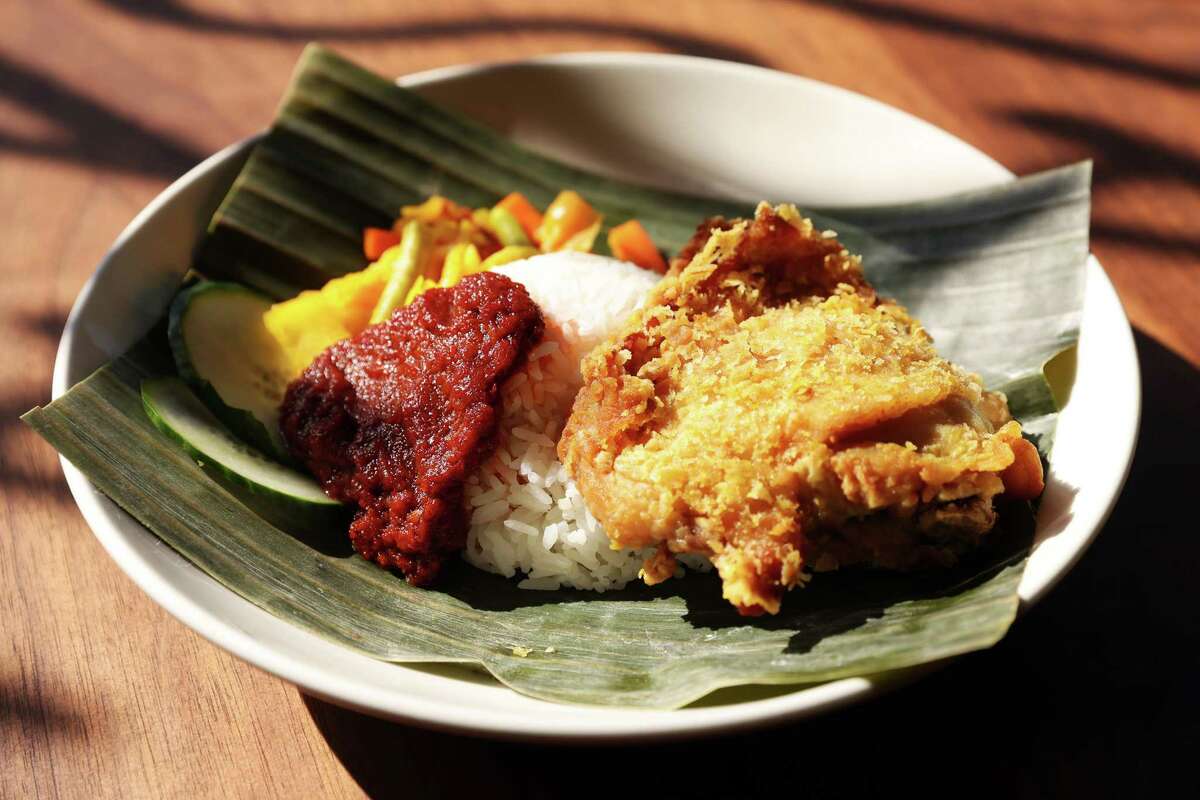