MasterChef Australia, a competitive cooking show that can make or break your career as a professional chef, is now at its Season 13. Over the years, we have seen many chefs from various backgrounds showcase their culinary chops on the show. Now we have another dish that’s winning the internet — Green Curry Cake by Chef Depinder Chhibber.

Yes, on Episode 26 of Season 13 on MasterChef Australia, another chef represented India through her oddly sounding dessert. While we’d pass on it at first as no one would want curry and cake to exist in the same sentence, the trinity of judges — Melissa Leong, Andy Allen, and Jock Zonfrillo — simply loved it! Andy Allen said that he was not a fan of cakes, yet the creation by Depinder won him over. “It could be the new thing. Old curry cake for the win!” he exclaimed. “You’ve considered the elements of what makes a good Green curry and the elements of what makes a really great cake, and you’ve found the gaps that mean they can mesh together into a dish that makes sense,” said judge Melissa Leong.

The video was shared by the official handle of Masterchef Australia, where it received over 146k views and hundreds of comments. In the 2 minutes 25-second clip, we could see chef Depinder presenting her Green Curry cake with coconut ice cream and a white chocolate chilli ganache. The creation was topped with edible flowers and coconut crumble.

Chef Depinder Chhibber had also shared a picture of the unique cake on her official Instagram handle. “Green Curry Cake with White Chocolate Chilli Ganache, Coconut Ice Cream and a Coconut Crumb. For those who are wondering what this tastes like: honestly, it’s WILD, I never thought something like a Thai curry which is so savoury could ever taste like a dessert, and even @andyallencooks liked it so hey,” she wrote in the caption.

If you’d like to make the Green Curry Cake at home, here’s the recipe.

Asian woman randomly slugged in the face outside NYC restaurant

Wed Jun 2 , 2021
An unhinged man randomly slugged an Asian woman in the face, knocking her to the ground, in a brazen attack outside a Chinatown restaurant on Monday, police said. Surveillance video posted on Twitter by Assemblywoman Yuh-Line Niou, whose district covers Chinatown, captured the horrifying daytime assault on Bayard Street, near […] 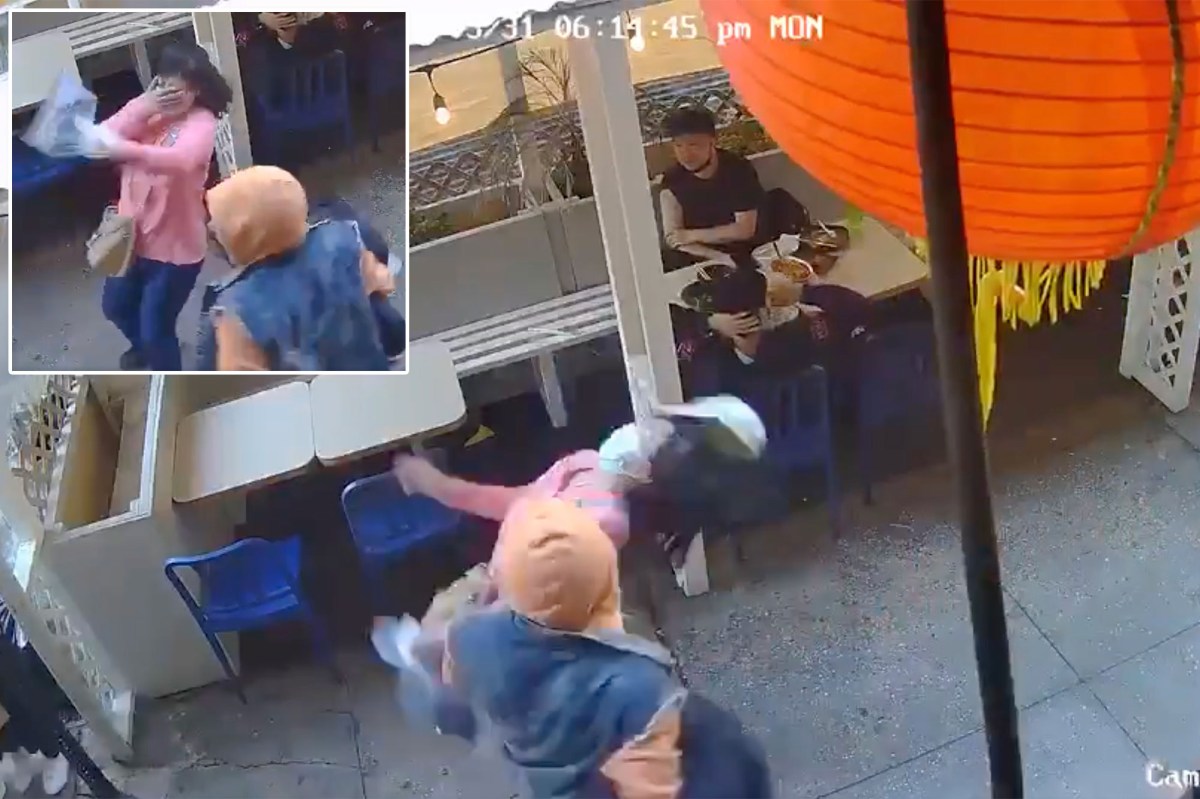