In Houston, there’s no shortage of ways to ring in the Year of the Rabbit, which begins on Jan. 22. From Asiatown to the Post Houston food hall’s party with the “House of Ho” cast, many restaurants will offer menus with food and drink specials throughout the duration of the two-week holiday.

Here are some of the top highlights for a celebratory feast.

Fung’s Kitchen, a mainstay among Chinese restaurants in Houston, is popular for its weekend dim sum and Hong Kong-style fare. The family-owned spot reopened in November 2022 after a devastating fire a few years ago. The sprawling banquet dining hall includes private rooms ideal for groups, where diners can pass shareable dishes of King crab, Peking duck, lobster and other Cantonese favorites.

This recently-opened Japanese restaurant in Upper Kirby is already generating buzz. Chef-owner Sherman Yeung and his chef de cuisine Jiolo Dingayan put together a menu that spans from a variety of tempura options to inventive seafood dishes such as Chilean sea bass bathed in a cashew maple lemongrass broth. Early word on the street is that desserts aren’t to be missed, including a dark chocolate bonsai tree served atop a grilled pineapple mousse. A lion dance is expected at 6:30 p.m. on Jan. 22.

A whole fish, steamed or fried, is often a centerpiece of Lunar New Year meals as it represents prosperity in many Asian cultures. For seafood, there’s perhaps no place more tasty in Asiatown than Hai Cang, which has regularly appeared on the Chronicle’s Top 100 list since it opened in 2013. Fresh lobsters makes an appearance on almost every table tossed in one of three sauces: ginger and scallion, beer and black pepper or salt and pepper. Another bonus: the group-friendly space is BYOB.

There will be four seatings — Jan. 22, 27, 28 and 29 — featuring a five-course tasting menu with Lunar New Year staples such as yu sheng (a noodle dish that’s meant to be mixed by the entire table and shared family style) and a variety of dim sum (including caviar shrimp siu mai). For fans of Phat Eatery’s Malaysian favorites, a hearty short rib rendang is also available. A lion dance will be part of the prix fixe affair, which is $88 for adults and $28 for children ages 4 to 12.

This Houston institution is known for hosting weddings and elaborate, multi-course banquet meals. Kim Son’s buffet, available at lunch and dinner, however, is like taking a culinary tour of Vietnam. A noodle station will satisfy a craving for pho or bun bo Hue, a spicier soup dish with roots tracing back to central Vietnam. The line-up also includes homey dishes such as caramelized pork belly and plenty of desserts.

Newcomer Moon Rabbit’s contemporary take on Vietnamese cuisine is always a surprise. Banh xeo, that crispy turmeric-tinged crepe, is served as a tostada dotted with slivers of shrimp and pork belly. The cocktail menu includes a Vietnamese spin on the trendy espresso martini.

A common Lunar New Year tradition is the gifting of pocket-sized red envelopes filled with cash. For customers dining at the elegant Le Colonial in River Oaks District, they’ll be given the offerings to pass along to lion dance performers on Jan. 22 beginning at 6 p.m. in between bites of shaking beef or fragrant curries.

Noodles, which symbolize longevity, are an ubiquitous part of any Lunar New Year celebration. At this international hot pot chain, the ingredient steals the show. Anyone ordering the “dancing noodles” will get a tableside show as an employee brings out a log of dough and literally dances to music while stretching and twirling the noodle before adding it to a bubbling pot of broth.

A whole chicken is often served at Lunar New Year to represent togetherness amongst family members. At this Vietnamese restaurant tucked behind a gas station and within earshot of freeway traffic, virtually every item on the menu includes chicken (or duck). Various noodle soups, salads, rice porridge and stir fries highlight the poultry — which is also meant to bring good luck.

One of Houston’s oldest Korean restaurants is still going strong after more than 30 years in Spring Branch. It’s a spot where diners can find all the classics from seafood pancakes and kimchi-spiked noodles to seared short ribs and rice cakes mixed with squid. The barbecue, which can be ordered as a DIY option at the table, is especially good for group dining.

Mala Sichuan’s original location in Asiatown has grown — along with the popularity of Sichuan cuisine — over the years to a handful of locations (most recently in the Heights). Whether it’s a fiery serving of chicken laced with peppercorns or dan dan noodles doused in chile oil, there’s no shortage of heat on the menu here. If a break is needed, starting on Jan. 18, the restaurant will be giving away red envelopes stuffed with one-dollar bills and even some with $100. Some will be given away by spinning a prize wheel and more prizes are being given away during the slower afternoon hours between 2 to 4 p.m.

Sun Jan 15 , 2023
A TikTok star who went viral for posting videos of himself eating bizarre snacks and expired food has died aged 33. Taylor LeJeune – who was known online as Waffler69 – had 1.8 million followers on TikTok, where he posted videos showing him eating odd and sometimes expired food, including […] 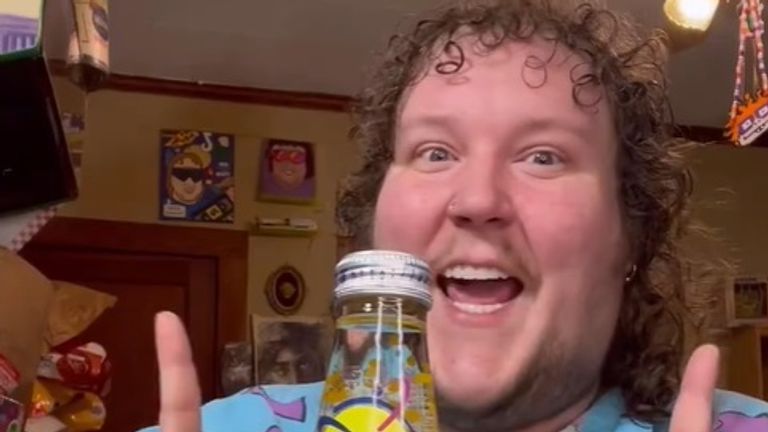