Cuong Pham, the founder and chief executive of Red Boat, a Bay Area company, wants customers to use its fish sauce for pastas and vinaigrettes, not just in East Asian dishes. But because it is usually placed in the ethnic aisle, he said, it limits perceptions of the ingredient’s uses.

Mr. Pham said the aisle seems to exist more for those looking to find ingredients new to them than for the communities whose cuisines are represented there.

That aligns with the ethnic aisle’s original purpose: to serve returning World War II soldiers who had tasted foods from countries like Italy, Germany and Japan while abroad. But while many of the European foods eventually migrated out of the section, most of the foods from other parts remained. (Conversely, some grocery stores in countries like France and Colombia have “American” aisles, with products like peanut butter, mayonnaise, boxed cake mix and barbecue sauce.)

Errol Schweizer, who was the vice president of grocery at Whole Foods Market from 2009 to 2016, said the ethnic aisle is part of “a legacy of white supremacy and colonialism” built into the framework of the grocery business — starting with the low wages paid to hourly workers, who are often people of color, and the lack of diversity among store buyers.

He said he and other employees frequently talked about eliminating the ethnic aisle at Whole Foods; but they couldn’t persuade the company to make such a major overhaul.

That didn’t stop them from making sure every aisle — not just the ethnic one — included diverse flavors and ingredients, he added, or from improving the section, known as the “global flavors aisle,” by increasing the variety of countries represented and finding more purveyors of color.

A spokeswoman for Whole Foods said, “The same brand may have some products grouped for meal building in our global flavors aisles and other products with salty snacks, cookies, or in our specialty department,” and added that the goals of the strategy are to “provide customers with ideas for using the product and to make it easy to find.”

Tue Aug 17 , 2021
Watching Raina Huang devour massive plates of food is like watching a train wreck – you just can’t look away, even though it’s somewhat hard to watch.  Huang has established herself as a food challenge connoisseur who should not be underestimated. Despite her tiny frame, the social media influencer, with […] 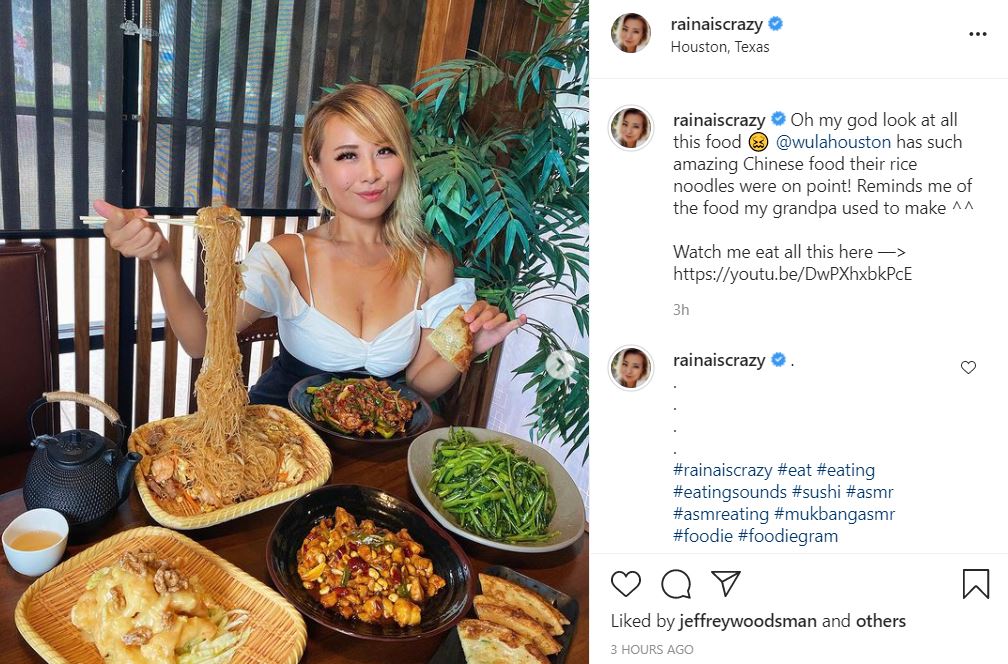