The consumer price index for April confirms what most Americans already know. Prices are going up especially for basics like food.

“Any animal that you eat is eating grains, and it’s eating corn, soybeans, or soybean meal, and perhaps even some wheat,” said Sal Gilbertie the CEO and president of Teucrium Funds, the company’s ETFs track prices for corn, soybeans and wheat.

“We see the prices of these grains go as high as they’ve been literally since 2012, 2013,” Gilbertie told Yahoo Finance Live.

The Teucrium (CORN) fund is up 43% year-to-date, (SOYB) fund is up 24% and (WEAT) is up 16%. Gilbertie said the increase in grain prices is feeding a surge in the prices paid at the grocery store.

Food industry manufacturers blame increasing chicken prices on the national labor shortage as well as an increase in demand. But, the Bloomberg Agriculture Spot Index, which tracks key farm products, saw prices spike at the end of April hitting their highest level in nine years. That surge is also driving up prices for bread and meat.

Crop failures in China add to the inflationary pressure, as the Chinese purchase dwindling stocks of corn and soybean, Gilbertie said. “Our global supplies of grains are shrinking. And when you look at day’s supply, we are down towards the leftover excess day’s supply numbers that we were back in 2013,” and that is driving up prices.

‘At least a year maybe two’

Dana Peterson, the Conference Board Chief economist, told Yahoo Finance Live, “While some of these price increases may fade with the pandemic, some may not.”

Gilbertie said the high prices for grain and food will persist, “at least a year, maybe two years,” until future harvests replenish stocks and grain prices fall. And there is no guarantee they will.

The maker of Cheerios, General Mills (GIS), plans to raise prices to cover some of its increased costs, according to The Wall Street Journal. General Mills CEO Jeff Harmening told the Journal, “Our competitors and retailers are facing the same thing we are.”

Hormel Foods (HRL) raised prices in February for its Jennie-O ground turkey and Skippy peanut butter to balance the higher prices it pays for grain.

Hormel said the price of cornmeal rose 40% while soybean meal rose 15% in the last quarter with more increases expected. During Hormel’s Q1 earnings call, Chairman and CEO Jim Snee said, “We have taken price increases across our portfolio and expect those to be effective late in the second quarter.”

Gilbertie disagrees, “I think their view that it will be a transient inflation is false.” He worries the Fed, “is under estimating the impact in terms of the severity,” or the pain Americans experience when they pay more to buy food.

Fri May 21 , 2021
Macarons at the Woman’s Club of Minneapolis Kevin Winge, the club’s executive director, revealed a few secrets regarding the building’s roomy, well-appointed rooftop patio. That it even exists is one, and that it’s open to the public three nights a week is another. “It also has one of the best […] 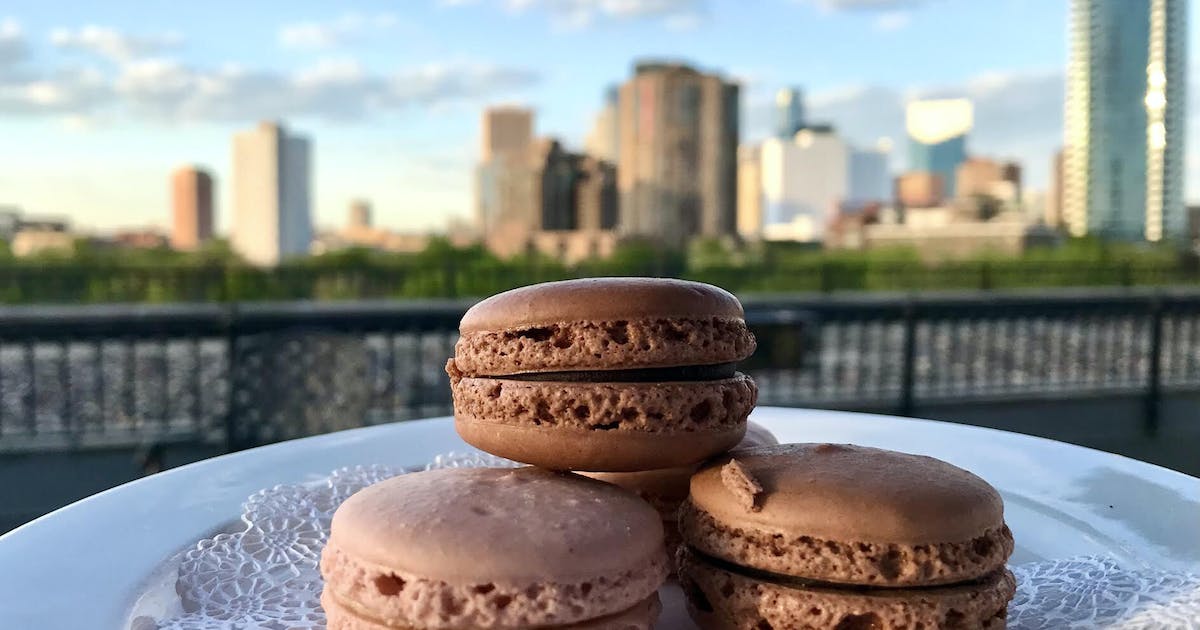